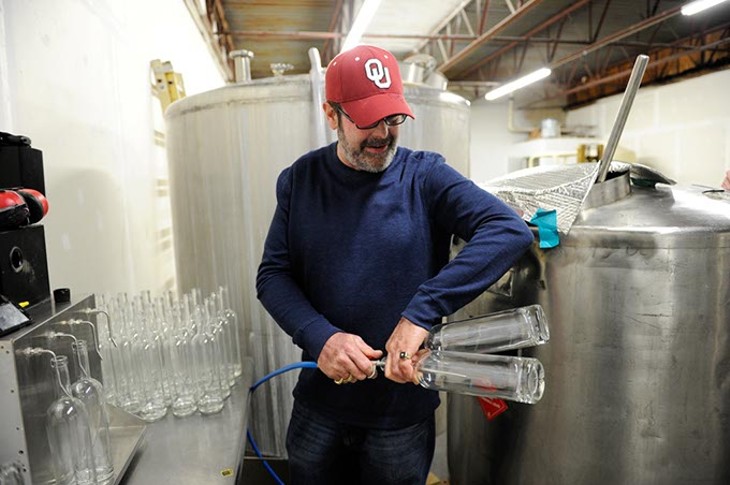 Jeff Thurmon learned to make vodka by trial and error. In the 1990s, he and Tito Beveridge created Tito’s Handmade Vodka by distilling batches until they knew how to make a better booze than what they purchased from their liquor store. The two built a still in 1993, and in those primitive days before the Internet was as useful as it is now, it was not easy to build things you had never built. They used actual books from the library.

Thurmon moved into Beveridge’s house while they learned to make vodka. They had the first legal distillery in Texas, but it would take five years before anyone really noticed them.

“We ate tacos every day, and we could barely afford dollar tacos,” Thurmon said. “We were a two-man operation. Distilling, bottling, printing labels, sales — we did it all.”

Twenty years later, Thurmon is reliving some of those moments by bringing his skills to Moore. Alvin Philipose, an Oklahoma City chiropractor, owns the first legal distillery in Oklahoma. When he first incorporated, he named it Twister Distillery.

The vodka, also called Twister, did not succeed, so Philipose revamped his system and renamed his spirit.

He also started looking for tips from an expert, which is how he met Thurmon on an online distiller forum.

Thurmon was well-known in distiller circles because Tito’s won a double gold medal at the World Spirits Fest in 2001. The panel of judges unanimously selected the liquor as the winner. It was an amazing accomplishment for two guys from Austin who had built a still by hand.

After a few conversations, Thurmon agreed to come to OKC and help with the launch of Philipose’s new Success Vodka. Most days, Thurmon makes it in a business park just off Interstate 35 in Moore. At night, he goes to bars and liquor stores, where he meets people and develops sales relationships.

He is running point yet again on a two-man operation.

To date, the team at Success has made about 350 cases of vodka, but Thurmon said they are set up to produce 30,000 cases annually. The black-and-gold labels are starting to appear on liquor store shelves and back bars across the metro, including James E. McNellie’s Public House, Ranch Steakhouse, Byron’s Liquor Warehouse and Moore Liquor. In April, Success will be available in Texas. 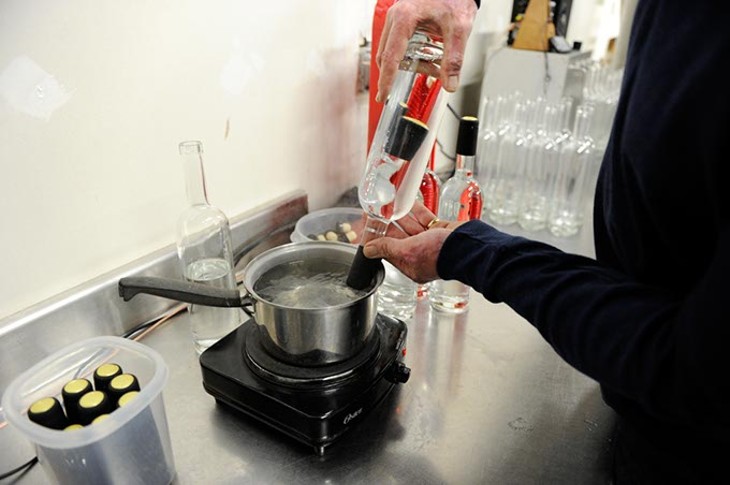 Thurmon said he expects Success to continue to grow rapidly because the vodka speaks for itself in terms of taste and smoothness.

“We use imported Italian wheat that is certified organic and kosher by the importer, and then we distill the vodka six times and charcoal-filter it twice,” he said.

The result is a vodka with nearly all impurities — the kinds that impart unpleasant flavors to the finished product — removed.

That means Success mixes well for cocktails, or if you like your vodka straight, it goes down smooth.