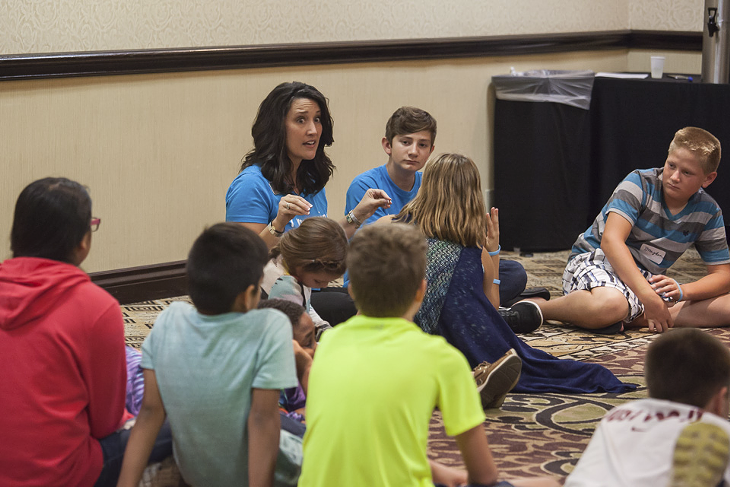 Michelle Keiper is a teacher by profession and gave her son a head start on reading when he was a small child. But in early elementary school, it became clear to Michelle that he was struggling.

“In the third grade, he hit a wall and began to shut down as a learner,” Keiper told Oklahoma Gazette. “I was desperate to stop relying on the wait-and-see approach, and through my own research, I found his struggle was due to dyslexia.”

Dyslexia is a learning disability that is neurological in origin, Keiper said. Simply put, that means a student with dyslexia has difficulty learning to read.

“With that identification, I was able to educate myself and his classroom teacher on ways to support my son in the classroom,” she said.

Nationwide, dyslexia affects between 10 and 20 percent of the population.

“In a typical classroom size of 27, we might see characteristics of dyslexia in two to five students,” Keiper said. “Young students ages 5 to 8 will have difficulty learning the alphabet, rhyming, repeating what is said, naming letters, matching letters to sounds, learning to read at the expected age, remembering printed words, spelling correctly and consistently and writing neatly.”

When her son was diagnosed, Keiper knew there were others who were experiencing the same difficulties, and she decided to form a network to bring these folks together. As a result, Decoding Dyslexia OK was created.

“This is a grassroots movement of parents and teachers who are working together to solve a real problem of the lack of information in our schools concerning struggling readers with dyslexia,” Keiper said. “It is out of a real problem the group exists; however, through collaboration and partnership, we seek to build opportunities to build awareness of dyslexia.”

Right now, Decoding Dyslexia OK has a following of about 1,400 on Facebook with a social media reach of over 10,000. Keiper has developed a committed leadership team representing parents and teachers in each region of the state. This summer, the group held their first statewide conference, hosting more than 300 educators, parents, students and advocates.

“Educators from the Oklahoma State Department of Education joined us, as well as policy makers at both the state and federal level,” Keiper said. “One educator expressed her thankfulness for the opportunity and said, ‘Teachers want to know more. It is hard to know what you don’t know.’”

Dyslexia can be identified early, often as early as age five and a half, Keiper said. Students who go undiagnosed are at an increased risk of low self-esteem, school failure, substance abuse, dropping out of school, teen pregnancy and problems with the juvenile justice system.

Keiper added that when a child is diagnosed, an adult counterpart might realize they also have dyslexia. Singer/actress Cher was in her 40s when her oldest child, Chaz Bono, was diagnosed and she realized she also had the learning disability.

“Also, actor Henry Winkler was in his 30s and seeking help for his son, a struggling reader, when he realized his own struggle with learning to read and in school was due to dyslexia,” Keiper said.

The bottom line, Keiper said, is that her group hopes to educate and raise awareness in communities, states and the nation.

“We want to empower and support families as they advocate for their children,” she added. “And we want to inform policy makers on best practices to identify, remediate and support students with dyslexia.”