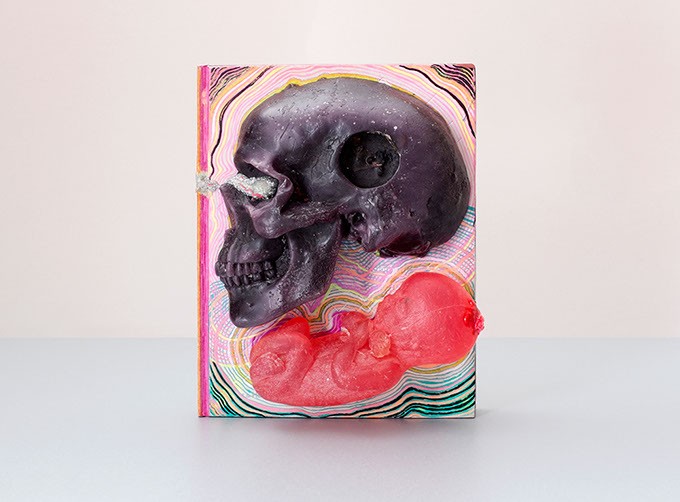 “I wanted the book to be an inspiration and celebration of innovative design and production. A lot of people put a huge amount of time and effort into creating these releases, and I wanted to celebrate their passion and creativity,” Tolley said.

Targeted toward an audience of design professionals, students and music aficionados, the book highlights the ability of digital and print media to coexist. Tolley chose examples that show downloadable technology and innovative printing technology working together.

While compiling the book, The Flaming Lips were interviewed about the music they released on USB drives embedded in life-sized gummy skulls back in 2011.

“We were redoing our contract with [Warner Bros], and [we] all decided that we would try some weird things and see what we liked… And so we were reverting back to our very first album, which came out in 1984, and the image on it was a skull…This idea of making a skull that had music in it was part of that concept of that whole year,” Coyne said.

After the interview, Tolley reached out to Coyne to be one of the ten contributors in the artist cover bomb series to create collector’s editions of Collector’s Edition. The Flaming Lips had skull candles and fêtes soaps sitting around the recording studio to give as weird gifts, and Coyne set them on top of the book and doodled around them.

The bid for Coyne’s cover bomb is currently at 260 pounds, but Coyne said he has a friend who is planning to outdo the highest bidder.

“The thing to remember is they are all completely unique, hand-rendered artworks created exclusively for this project and will never be seen again. This makes them covetable,” Tolley said.

Tolley spent two years researching for the project, and while doing so, he only chose to include media that had been released in multiple formats and had a collector’s edition.

All proceeds from the sales of Collector’s Edition and the auctioned cover-bombed books will be donated to Alzheimer’s Society, a support and research charity in the United Kingdom, in memory of Tolley’s grandmother who suffered from dementia.

Overall, Coyne said he enjoyed his participation in the artist’s cover bomb series because it started a conversation among artists and designers and it has encouraged him to do more projects like it in the future.

Tolley owns Transmission, a UK-based creative agency that specializes in the art direction of design for magazines, visual culture books and other projects. He has worked at Esquire, Sleazenation and Independent on Saturday magazines.

The auction is open online and will be held until midnight UK time on Friday. Bids can be placed at  here.

Copies of Collector’s Edition, released in September, are available for $50 from Thames & Hudson (thamesandhudsonusa.com).

Print headline: Collector’s edition, A local rocker collaborates on a book for a good cause.