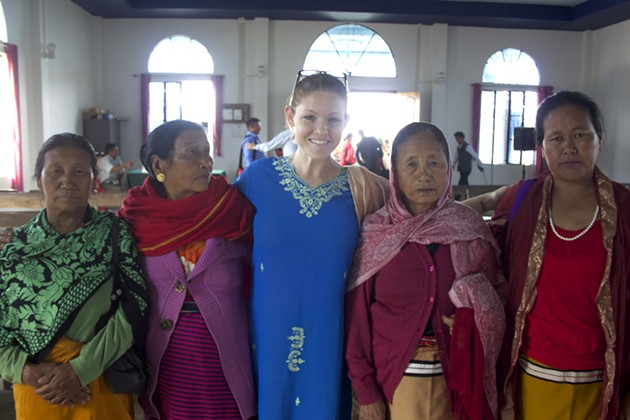 If you’re doing it right, parenthood heightens your sense of empathy.

“Several years ago, when I was at home with two babies, I felt disconnected from the outside world and wanted to regain the sense of connection I had when I was younger,” Johnson said.

With cofounder Erika Wright, Johnson created Somebody’s Mama to find a greater sense of purpose and, in turn, help other women find theirs. The nonprofit helps women in countries like Sierra Leone, South Sudan, Nepal and India through education, health care, economic empowerment and violence prevention.

At its core, Somebody’s Mama is about relationships. The organization formed through family bonds and close-knit friendships.

“I grew up in a family of helpers,” Johnson said. “My mom was a guidance counselor at an elementary school, and my dad found community development and sustainability nonprofit work in Oklahoma City. … I also travelled as a teenager and in college and made connections which served me once I started Somebody’s Mama.” 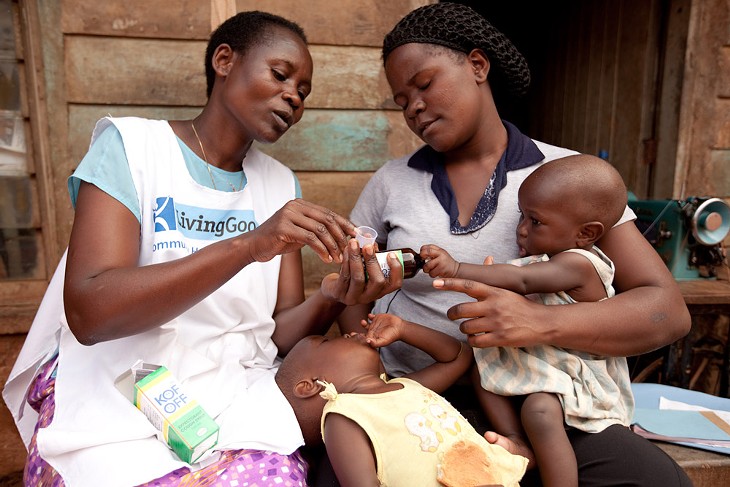 “I first got involved with a nonprofit called the BARHD about five years ago,” Johnson said. “My friends and I pooled our money together to donate to a maternity ward in Uganda, and I have been excited about the cause ever since.”

Johnson decided to start Somebody’s Mama based on her and her friends’ involvement with BARHD.

“Since I was receiving so many donations from people for BARHD, I decided to put the money toward my own organization,” she said. “The majority of donations came from mothers, and the donations were going to help other mothers, and that’s how I came up with the name Somebody’s Mama.”

Johnson’s organization began as a line item in her dad’s nonprofit organization’s budget. However, after a few years, Somebody’s Mama expanded into a much larger venture.

“At some point, Erika told me Somebody’s Mama had a lot more potential than a line item in a budget,” Johnson said. “Since then, we have become an independent nonprofit organization with new partnerships and projects almost every year.”

“Placenta pits are exactly what they sound like,” Johnson explained. “In rural southern Uganda, placenta pits cover, burn and dispose afterbirth byproducts safely in order to prevent the spread of blood-borne diseases.”

Somebody’s Mama researches problems and solutions before acting in other countries.

“I’m a mom with two kids, but that doesn’t mean I know about being a mom in other countries,” she said. “We ask people how we can help them and act from there, because it’s a disservice to them and to us when we think our ideas are the best.”

Before its current partnership, Somebody’s Mama funded women’s agriculture business education in South Sudan; trained social and medical workers in Kolkata, India; built a school in a West African village; and even converted their maternity ward in Sierra Leone into an Ebola treatment center.

The organization’s largest project was a campaign in which Johnson and others climbed Mount Kilimanjaro to raise money for women in war-zones.

In order to succeed, Johnson said Somebody’s Mama hopes to achieve the same visibility as a 20,000-foot mountain.

Board director and press coordinator Nassim Seyedali-Hursh discovered the nonprofit through social media.

“Leia and I were classmates in school, and I learned about the great work she was doing,” said Seyedali-Hursh, who joined Somebody’s Mama in February. “I am currently a stay-at-home mom, and I wanted to get involved as a way to do something meaningful with my time and educational background.”

While the majority of the team is based in Oklahoma, statewide Love Clubs support the organization.

“Our Love Clubs give anyone the opportunity to fundraise however they want,” said Johnson. “Some people throw dinner parties, some throw play dates at the park with their kids and some throw pool parties. The options are endless, and we make it easy to do something positive for women.”

Print headline: Mama’s love, A local nonprofit helps women in other countries find success and purpose in their lives.