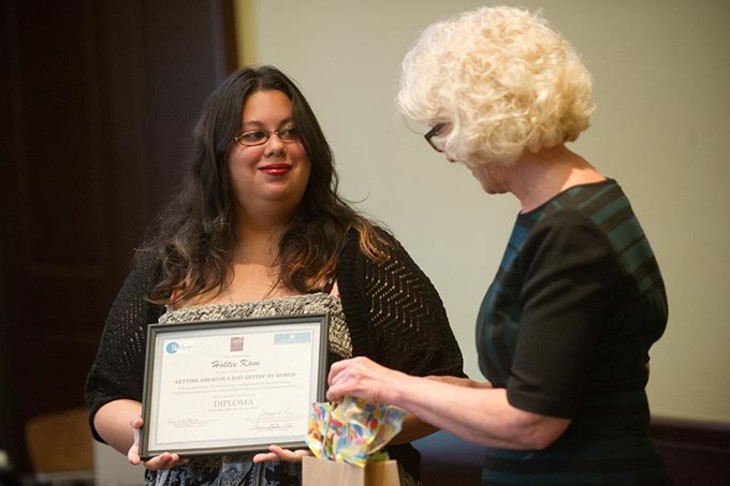 People caught in cycles of generational poverty are in survival mode.

They focus on whatever challenges greet them each day, whether it’s paying rent, scraping together enough money for food, finding a babysitter or choosing to address — or ignore — a health problem. It can be chaotic.

“For the most part, people in generational poverty have this sense of helplessness and feel like they have no control over their lives,” said Deborah Price, director of Bridge the Gap, an anti-poverty initiative for Oklahoma and employee of the Salvation Army’s Arkansas-Oklahoma Division.

U.S. Census Bureau data shows 16.6 percent of Oklahoma’s population lives below the government poverty line. A family of four is considered to be living in poverty if its income is at or below $23,834. If a family has been in living in poverty for at least two generations, it falls into what’s called generational poverty, which is linked to disparities in health, education, hunger and food insecurity and housing.

A new Oklahoma City program looks to reverse those trends and help young families move out of poverty. This spring, Oklahoma City joined a growing number of cities in Oklahoma and across the nation as the first class of Getting Ahead, part of the Bridge the Gap initiative, began.

“This class gives them hope and a positive support group,” Price said. “They realize they have choices and can exercise a certain amount of control over their life.”

Program coursework, based on the work of poverty expert Ruby Payne, helps stabilize people living in poverty and prompts them to move beyond poverty’s effects.

Through a $500,000 grant from the Ken and Gae Rees Family Fund at Oklahoma City Community Foundation, the program launched locally through ReMerge Oklahoma County, a nonprofit designed to help pregnant women and mothers facing incarceration become productive members of society.

Thirteen individuals — 11 women and two men — embarked on the 20-week program, which met for more than two hours weekly. Participants talked about issues they faced such as budgeting, job hunting, education, time management and future goals. Reading assignments and activities gave them needed tools to evaluate their lives and the framework to develop solutions and work through personal obstacles. 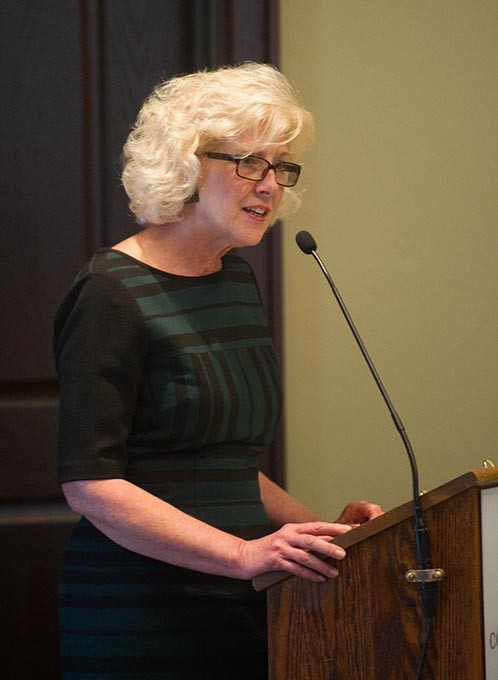 Adrienne Elder, a community advocate, joined Price as a facilitator for the Oklahoma City class.

“Through this class, they are able to choose independently,” Elder said as she discussed program members building personal plans for change and completing resource self-assessments. “They felt empowered to address whatever barrier they want to address first. They are not pushed one way or the other. Instead, they felt in control of their lives and moved it into a positive direction.”

ReMerge is one of six community nonprofit organizations in the state to offer the Bridge the Gap program. Through the Salvation Army Arkansas-Oklahoma Division, eight programs are offered in cities like Enid, Altus and Norman.

ReMerge staff removed all barriers for students to attend the classes. A meal and childcare was offered during each class. The facilitators distributed bus passes to those without reliable transportation options.

“The class provides a safe haven to voice their opinions and experiences as well as reflect on their life,” Price said. “That doesn’t happen for people in poverty because of all the chaos. They have to make decisions quickly and battle continual crises in their lives.” 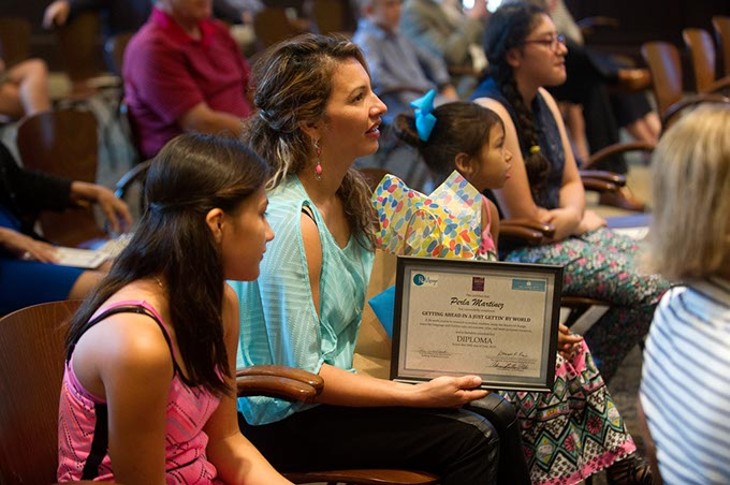 Last week, 10 people graduated from Getting Ahead at a ceremony attended by families and friends. The program included a keynote address by Rep. George Young of House District 99 and two personal stories by grads who shared a desire to change their lives and their families.

Graduates move into Staying Ahead classes, which meet once a month and are designed to keep students on track as they end generational poverty for themselves and their families. The next Getting Ahead classes begin in August.

“It is very exciting for us as facilitators to see the change occurring in their lives,” Price said. “A number of them have changes in the process, like the reduction of debt, finding gainful employment or increasing their education by completing their GED or pursuing a college education.”

Getting Ahead’s impact goes beyond the graduates, said Elder, who also spoke at the graduation.

“When we create a healthy support structure for our family, our friends, our neighbors and reach out to others struggling to get ahead, we all grow in strength,” Elder said. “We lift each other up. We feel empowered to make a difference and improve our lives and our communities.”

Print headline: Caring community, A local nonprofit, with help from a family grant, supports people breaking the cycle of poverty.