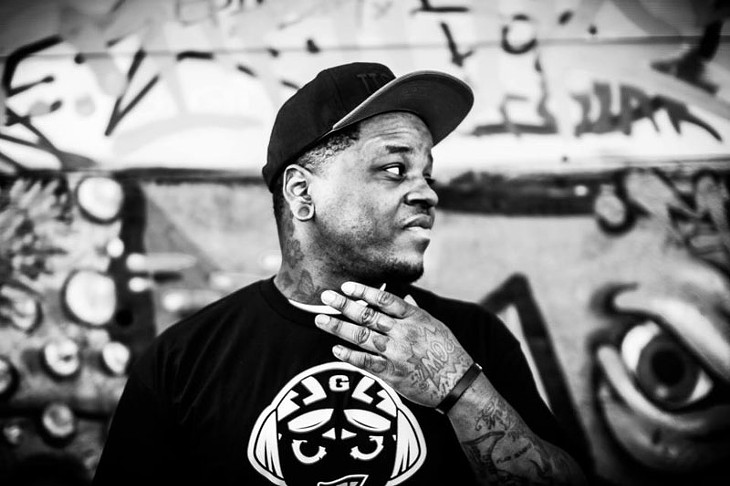 The thrill of winning an Emmy quickly shifted to disbelief for musician Jabee after a scheduled appearance on a local television show was abruptly canceled.

Jabee had an interview and performance booked for KSBI’s Oklahoma Live! Monday morning, an appearance planned three weeks in advance, but after the hip-hop artist and band arrived and began unloading their gear, Ted McGuire, the show’s producer informed Jabee they had to leave.

“He said, ‘There’s been some oversight and you guys are going to have to leave.’ That’s all he said, and he said it so rude and crazy, I thought he was joking,” Jabee said in a Monday phone interview with Oklahoma Gazette.

What Jabee initially thought was a simple double-booking on the part of McGuire turned out to be something much more offensive to the hip-hop artist.

After realizing that McGuire was not joking, Jabee spoke with McGuire further and realized he had possibly been given the boot because he was a black rapper, Jabee said.

“He said ‘I could be in trouble if I have someone like you on the show,’” Jabee said. “I said ‘What you mean to say is that I’m black and I’m a rapper.’ And he said ‘If that’s how you want to say it.’ He just kept digging his hole deeper and deeper. I could not believe it.”

Jabee quickly took to Twitter and social media to inform his fans about his experience with KSBI and what could have been an opportunity for the station to showcase an Oklahoma talent – and recent Emmy Award winner – quickly went viral as a potential PR nightmare.

Jabee broadcasted the experience on Twitter by tweeting “Sorry I won't be on @KSBI52 @OklahomaLive today. There was an 'oversight' on the fact I was black and a rapper and got asked to leave,” which has been retweeted and picked up by statewide media and national media outlets including VH1.

McGuire did not respond to Oklahoma Gazette’s request for comment, but KSBI President and CEO Vincent Orza issued a statement apologizing to Jabee and admitting that the station’s decision to cancel the performance was “incorrect.” The media statement continued, “Oklahoma Live typically doesn’t feature rap, heavy metal or similar types of musical guests. However, Jabee had been a guest on Oklahoma Live several times in the past.”

Orza said, “Jabee is a professional, who showed up on time, ready to entertain our audience as he has in the past. I wanted him to hear directly from me, that he is welcome to perform on Oklahoma Live and KSBI. I apologized to him and he very graciously thanked me for calling.  We spoke for several minutes and I extended the personal invitation to him to be with us anytime he wanted, hopefully sooner rather than later.”

Jabee said that Orza did call him to apologize. However, he no longer has any interest in being on Oklahoma Live!, nor does he want to focus on the exchange he had with McGuire.

“The apology they put out was lukewarm and didn’t address how we were treated,” Jabee said.

“Everyone called me except Ted. That just lets me know that’s where its at. He showed me who he was today,” Jabee said. “You want to be dependable, you want to be prepared and maximize every opportunity that you have, so I went and I got treated poorly and disrespected.”