Owners Stewart and Harrison Schroer, the third generation of their family to run the classic cafeteria, closed the restaurant on Dec. 11 because they were not able to secure a new lease on the property.

“We had a 20-year lease on the property starting in 1991, and after it expired, we spent two years in lease negotiations that went nowhere,” Stewart said, wiping down a table amidst a busy lunch service. “You just can’t sustain a business on a month-to-month lease.”

The restaurant needs new carpeting, new booths and other updates, but Stewart said it’s impossible to reinvest in the business when they could be kicked out with just a month’s notice.

Security guard Frank Gregory, who made sure the parking lot was reserved for Boulevard customers, said the staff only found out a couple of days ago.

Inside, longtime diner Phil Conley sat with an untouched plate of pecan pie. After coming to the Boulevard for 62 years, he said the news of its closing broke his heart.

“They’re all closed down,” he said of Oklahoma City’s once-rich crop of cafeterias. “This is the last of the Mohicans.”

Nobody else makes stew like Boulevard, he said. No place else has pecan pie he likes.

Cliff Whisler couldn’t recall exactly when he started dining at Boulevard Cafeteria, but in the last several years, he had been coming in almost every day.

“I don’t really know where I’ll eat now,” he said.

Co-workers Brooks Ray and Jo Dixon said they’d miss the apple dumplings and Spanish spaghetti. But the real loss is the staff, who became a second family for many of the regulars. 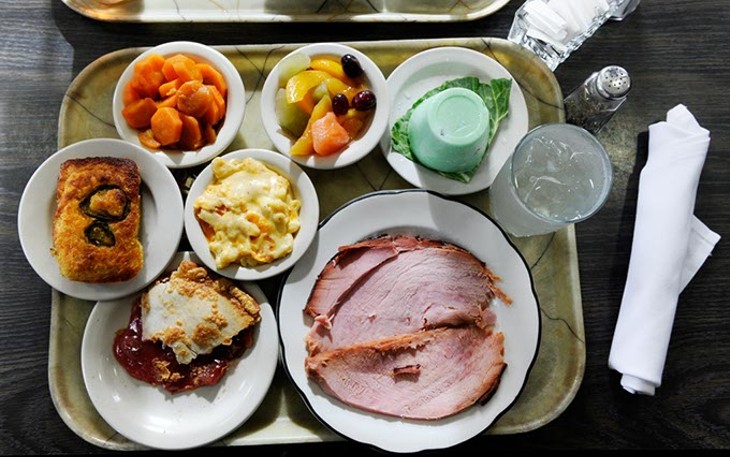 Former State Senator Joe Dorman said the city is losing too many places like Boulevard.

“It’s terrible to lose an institution like this,” he said. “I see so many regulars every time I stop in.”

One of those is an employee who worked there since 1971. Her eyes red from a day of tearful goodbyes, she summed up her feelings in two words: “Just sad.”

Schroer said he doesn’t know what is next for the property, but they will be auctioning off the fixtures in January to anyone who wants to take a piece of the business that began in 1948 with them.