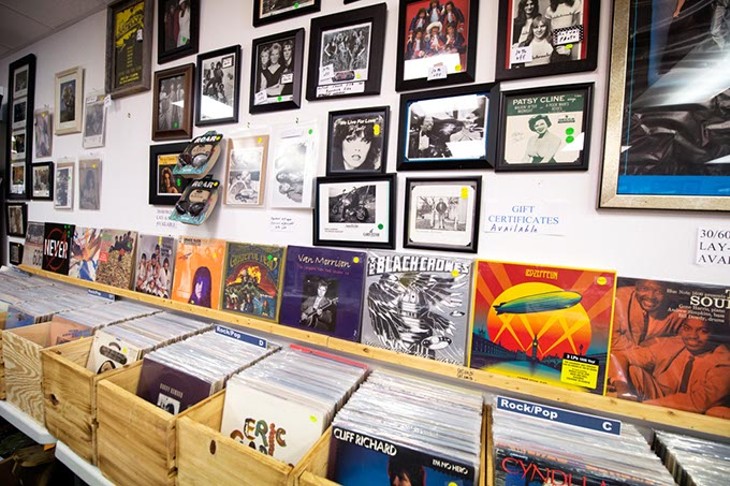 It’s hard to overstate the uncertainty that gripped the recording industry during the opening bars of the 21st century. Legal action against file-sharing services like Napster did little to stop the surge of online piracy, brick-and-mortar giants toppled like so many neatly-stacked cassette tapes and aurally overloaded iPods screamed that the ways fans interacted with music was undergoing a revolution.

Record Store Day began in 2007 — a year after the iconic, California-based Tower Records retail chain filed for bankruptcy and closed shops across America — as a way to promote independent music retailers in the wake of that disruption. Now a high holiday for vinyl geeks across the globe, this anticipated third Saturday in April routinely welcomes a deluge of special releases, unique in-store events, live performances and swelling crowds at independent record shops.

Record Store Day (RSD) offers pledged retailers an opportunity to introduce themselves to new audiences, and each year, many area shops seize it. From Edmond to Norman, locally owned stores around the metro host April 16 events and sales and celebrate their independence.

Indie anchor Guestroom Records is an obvious choice for those hoping to snatch special Record Store Day limited-edition reissues, expanded releases and exclusives from alternative giants like Hüsker Dü and The Flaming Lips.

But RSD regulars know by now that different shops receive different releases. Shop owners can request specific releases — say, Afrika Bambaataa & The Soulsonic Force’s exclusive RSD 12-inch vinyl remixes of “Planet Rock” or Matthew Sweet’s double LP exclusive RSD release of Goodfriend (Another Take on Girlfriend) — but they won’t know how many copies they’ll receive, if any. And most indies will not hold RSD releases for shoppers; albums must be purchased in-person. That’s the point: Get out and enjoy the human experience of discovering music in a locally owned, independent store with knowledgeable staff and like-minded audiophiles.

Trolley Stop Record Shop in OKC, with its trove of well-curated used, collectible, rare and new old stock LPs, is a great place to start. While Trolley Stop is not a pledged RSD retailer, store owner John Dunning is fiercely independent. He is planning what he calls “a big to-do” featuring live music, food and drinks. Other metro-area shops — such as the new 3 Dachshunds Records & Collectibles shop in Edmond — offer discounts and special merchandise.

3 Dachshunds owner Jack Ware said he’s marking down all the vinyl in his store for Record Store Day.

“I’m going to have a crate of records for 25 percent below wholesale,” Ware said. “I’ll have a few special drawings that day as well. This will be our first Record Store Day, so we’re really excited to be a part of it and see who it brings out.” 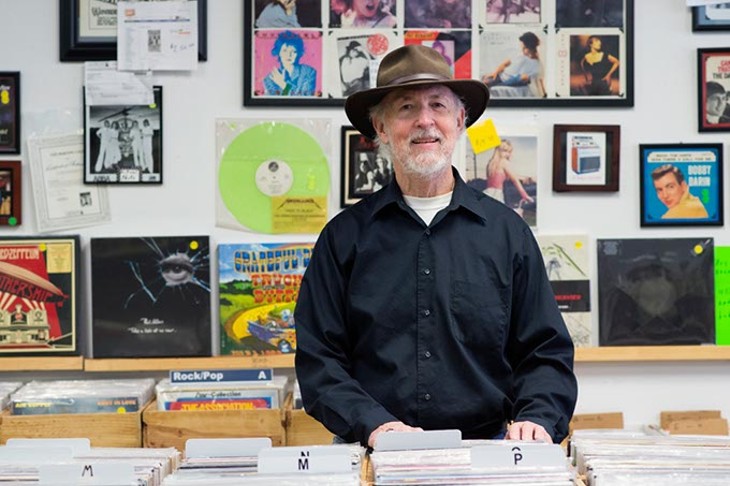 Ware said he chose to open a brick-and-mortar record shop, even in the age of streaming services like Spotify, because there is a demand for vinyl. Even so, the response stunned him.

“What I have discovered with this store — and it surprised me; I never expected this — is the amount of young people getting into vinyl,” he said. “Just about all of my Christmas sales came from parents buying turntables for their kids. They might be streaming a lot of their music, but they still care about records.”

The albums they care about also surprised him.

“I’ve had kids in here buy Fabian albums or pick up stuff by The Everly Brothers. I’ve sold Scorpions albums to 10-year-olds and Glenn Campbell albums to high-schoolers,” he said. “In fact, had a mom come in just the other day who bought her young son a turntable, and you know what kind of records he wanted? Ragtime! That was amazing to me.”

While storeowners like Ware are optimistic about the future of over-the-counter music sales, the industry panic during the early and mid-2000s wasn’t unjustified. Earlier this month, no less a cultural bellwether than Kanye West announced he would no longer release physical CDs — he called the unadorned artwork of 2013’s divisive Yeezus an “open casket” for the medium — and few would argue with him.

“There was a CD store out on Northwest Highway that closed up,” Ware said. “A lot of people tell me it’s getting hard to sell CDs. All I can tell you is what my customers tell me: They prefer the sound quality of LPs. They like the artwork. It’s something you can’t duplicate with a disc or a download code. That’s why so many people come out for Record Store Day.”

The success of Record Store Day demonstrates that there is a healthy appetite for supporting independent brick-and-mortar shops like 3 Dachshunds, Guestroom Records and Trolley Stop Record Shop. In fact, nationwide, Record Store Day 2014 brought independent music retailers their best weekly numbers in nearly 25 years. Ware said he hopes the continuing RSD festivities will help grow that base and that passion a little more with each passing year. 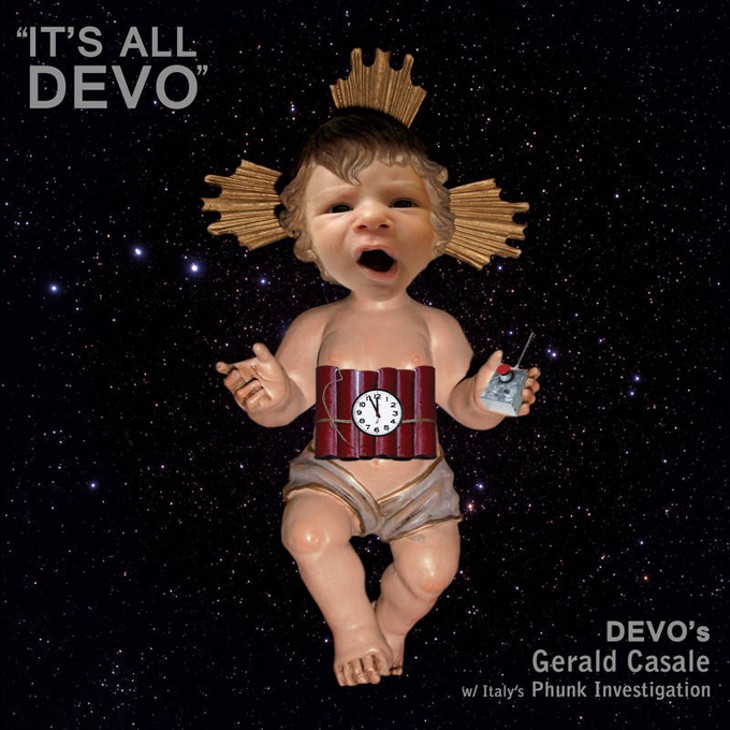 Every Record Store Day offers a wide variety of music: scratchy acoustic blues, rusty metal, unknown gospel, out-of-print rockabilly, obscure psychedelia, esoteric foreign folk, forgotten prog rock, audiophile classical pressings — you name it. All the colors of the aural rainbow are there, and to me, this mixture of popular and cult items reflect the psyche of the current record-buying public, which is one of the broadest markets one can imagine.

Headlines shout about the resurgence of vinyl these days, but even with the increased demand for physical media, it still makes up only a sliver of the market. Yet while the rest of the world follows the latest scripted celebrity battles or teen sensations, I’ve noticed there is a constant demand for Captain Beefheart records.

And it is not just the Cap’n, but Can, Brian Eno, Gong, Ennio Morricone, Love, The Cramps, Devo, Moondog, Miles Davis, John Cage, The Residents and many other artists who were underappreciated in their time. They now have devoted followings that keep their albums in print and create high-dollar prices on sought-after originals.

Now, with Facebook groups devoted to posts of whatever records members are playing, you see a lot of these and even more obscure titles popping up. Suddenly, one is aware of cults built around Klaatu, The Incredible String Band or Amon Düül II. 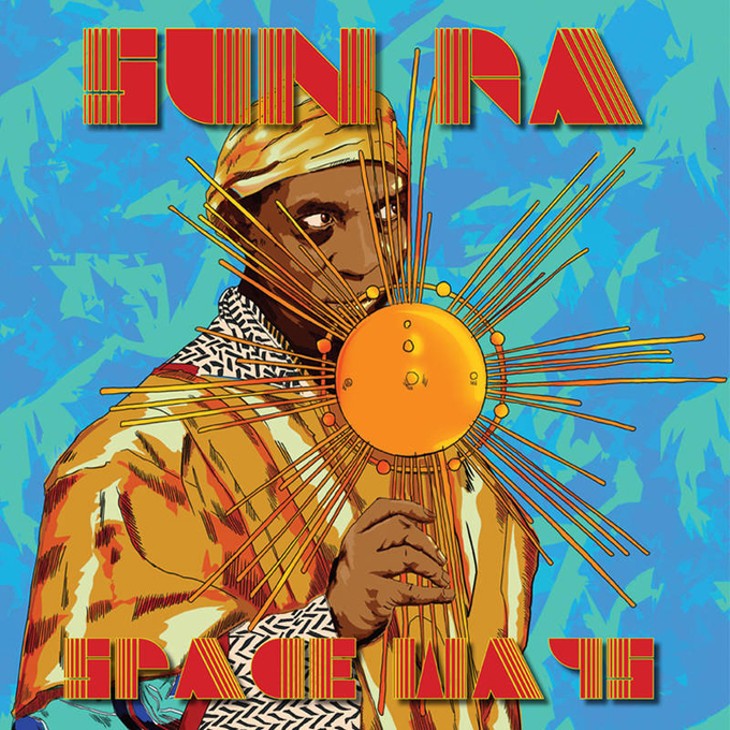 In my entire life before 2007, I only saw one Sun Ra record. I bought it. Now, I cannot keep up with Sun Ra reissues.

I keep trying to figure out this market of which I am a member. As you go deeper into collecting, you meet more and more collectors who are into other types of music, and in the process, you are introduced to a world that works with a different aesthetic other than what is new or what is popular. Instead, factors like nostalgia, history, package aesthetics, rarity and musical quality all come into play.

Sometimes, if you let a collector show you what he thinks is cool about something, you can see it too. Then you’re hooked on a whole new style of music you never thought about before. All it takes is the right Martin Denny album and you find yourself with a library full of Yma Sumac, Les Baxter, Arthur Lyman, Esquivel! and all the other exotica luminaries.

You like Tiny Tim? Picture discs of The Bangles? Red Japanese vinyl?

Record collecting is a way to let your freak flag fly.

When I was younger and even snottier, I thought there was an eternal coolness I and all these other people were turned on to. But as I get older, I realize it has nothing to do with coolness; it is about quality. It doesn’t matter if it is Glenn Gould playing Bach or Blind Boy Fuller making his guitar sing; quality is always cool to those who truly love music.

Editor’s note: The Tiger Beat From Hell column was founded (too long ago for us to remember exactly when) by Oklahoma-based arts and entertainment reporter Wilhelm Murg. It ran for years in various formats and publications. Like old vinyl, Murg revisits it when the urge strikes.