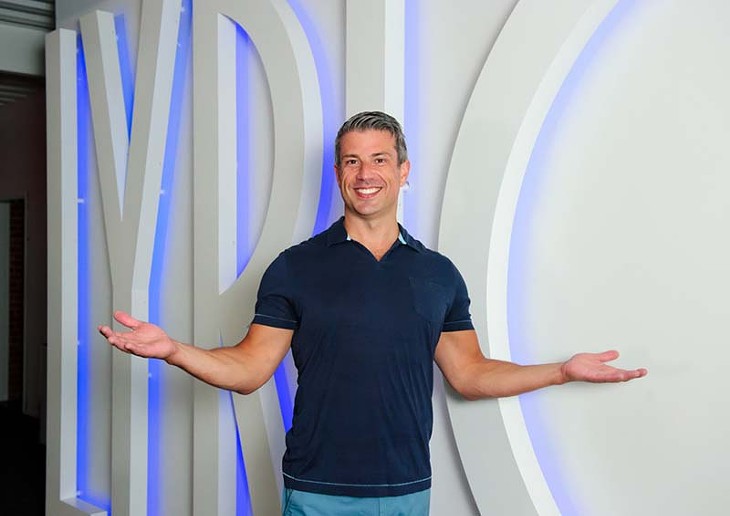 Theater season runs the same as the academic year: fall to spring with an additional summer session. So during the canicular lull, Oklahoma Gazette asked artistic directors of local theater companies what plays and musicals — presented by city-area theater companies other than their own — they are most looking forward to in the 2014-2015 season. “City area” was defined as everything between Guthrie and Norman, inclusive, and any local theatrical production could be considered.

We could have just as legitimately surveyed directors, designers, actors, conductors, stage managers and plain old theatergoers such as you and me. But in addition to many other duties — organizational, financial and promotional — artistic directors decide or influence strongly which plays and musicals their companies present. Thus, a small number of people determine what all theatergoers will see. And this is as it should be; they are supposed to be the experts who keep up with the latest developments in the theatrical world and guide us through what one hopes will be a challenging, thought-provoking, enlightening and entertaining season.

Thus, what the artistic directors are looking forward to in the upcoming season deserves our attention. So, on with the survey.

Michael Baron of Lyric Theatre of Oklahoma cited Stephen Sondheim’s classic Sweeney Todd: The Demon Barber of Fleet Street at Reduxion Theatre Company (RTC). The show will be directed by Matthew Sipress with musical direction by Brian Osborne, the same duo who staged Cabaret to much critical and popular acclaim for RTC last season. Sweeney Todd might present some challenges to Sipress and Osborne in the intimate Broadway Theater, but if they can repeat the feat of fitting a big show into a small space without it seeming diminished, as they did with Cabaret, this might be the hottest ticket in town. Plus, Sipress has done some intriguing casting: W. Jerome Stevenson will give extra-close shaves as Sweeney Todd, while Elin Bhaird will bake the meat pies as his accomplice, Mrs. Lovett. Let’s hope RTC is prepared to extend the run or add performances.

Stevenson might be the hardest-working man in show business next season, because he also will play Dr. Martin Luther King, Jr., in the two- hander The Mountaintop, another of Baron’s choices. By American playwright Katori Hall, the play is set entirely in a room of the Lorraine Motel in Memphis with the action taking place on the eve of King’s assassination on April 4, 1968. The production is a joint effort of Oklahoma City Repertory Theatre (CityRep), Pollard Theatre Company and Poteet Theatre. Under the direction of René Moreno, it will open at the Freede Little Theatre and then transfer to The Pollard in Guthrie.

Baron also is looking forward to CityRep’s production of Vanya and Sonia and Masha and Spike by Christopher Durang, winner of the 2013 Tony award for Best Play. Durang spices up his comedies with darker themes, and Ben Brantley of The New York Times called Vanya and Sonia a “sunny new play about gloomy people.” The play focuses on three siblings who will be played by CityRep regulars Stacey Logan, Shawn Churchman and Wendy Welch. As the title suggests, some of the play’s elements were inspired by the works of Anton Chekhov. Michael Jones will direct, and he has a nonpareil ability to fit shows into the tiny CitySpace while making them seem as spacious as all outdoors. Theatergoers should expect an in-your-face — if not an in-your-lap — production.

In addition to being a fine actor and musician, W. Jerome Stevenson is Pollard’s artistic director. He also likes Vanya and Sonia, along with Billy Elliott, which will be part of Lyric’s summer season next year at Civic Center Music Hall. Billy Elliott the Musical is based on the 2000 film Billy Elliott, which features music by Elton John and won the 2009 Tony award for Best Musical. The story concerns 11-year-old, motherless Billy who lives in northeastern England’s County Durham during the 1984-85 miners’ strike. Lingering one day after his boxing lesson, Billy discovers a class in ballet. The dance will provide the boy with unheard of opportunities. It’s good to see Lyric stretch with more provocative musicals in its usually glitzy summer season.

Not surprisingly, CityRep’s Donald Jordan picked Evil Dead: The Musical at The Pollard. This Canadian rock musical is based on the cult classic film series. In the same vein, Jordan will take a stab at a touring production of Murder for Two, presented under the auspices of Lyric Theatre. In this musical whodunit, one performer plays a policeman trying to solve a murder case, while another performer plays all the suspects. And they both play pianos.

Jordan also likes An Inspector Calls, originally performed in 1945 and written by English dramatist J.B. Priestley. This play has enjoyed many successful revivals in recent years in both the United Kingdom and the United States. It will play at Plaza Theatre as part of Lyric’s continuing, welcome efforts to branch out from just staging big musicals.

Speaking of hefty musicals, Jordan named Big Fish, which will be presented by Lyric next summer. The show is based in part on Tim Burton’s 2003 film of the same name and concerns a traveling salesman and his relationship with his adult son. This musical has had several productions, but the reviews were decidedly mixed when it played Broadway last year. It will be interesting to see something new (to us) and Lyric’s interpretation.

Jordan also mentioned Lysistrata, Aristophanes’ comedy about sex and war from 411 B.C., which opens the season Friday at Reduxion, and Wit, the Margaret Edson drama staged by Oklahoma City Theatre Company. Winner of the 1999 Pulitzer Prize for Drama, Wit depicts the last hours of a university English professor who is dying of ovarian cancer. This highly acclaimed play has not been staged in the city area since Carpenter Square Theatre did it in 2002.

Oklahoma Shakespeare in the Park’s (OSP) reticent Kathryn McGill and Tyler Woods of Reduxion both picked another Sondheim classic, Company, which will be staged by Pollard. McGill didn’t have much more to say on the subject, but let’s cut her some slack. She has been busy playing Cleopatra for OSP this summer, and dealing with Mark Antony and those nasty asps would be distractions for anyone. Woods says he’s a fan of Sondheim’s musicals from the 1960s and 1970s (Aren’t we all?), and Company is quintessential Sondheim of the period. This show has received several city-area revivals over the years. Woods also likes An Inspector Calls and Macbeth, an OSP production early in the season at the Water Stage. Macbeth will be played by David Chrzanowsky, who is new to Oklahoma City. He is a fight instructor (for the stage) and acting teacher at Oklahoma City University. Mandee Chapman- Roach, who did a fine job as Olivia in Twelfth Night this summer, plays Lady Macbeth. It will be directed by D. Lance Marsh.

In the new season, local Equity, professional, community and collegiate theater companies will present many shows other than these cited by the five artistic directors. Now that the experts have pointed theatergoers toward the highlights, let the season begin. Let’s hope for some surprises (of the good kind).