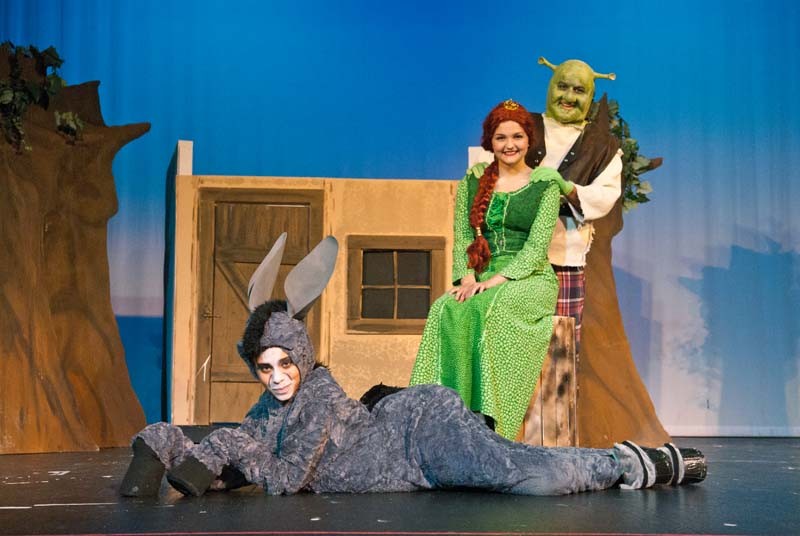 The blare of a train’s horn sounds off as loud and clear inside the lobby of the Sooner Theatre in Norman as it does out on the street. Melany Pattison, the theater’s summer musical director, remains unperturbed.

“We get to deal with that during performances, too,” she said. “It kind of fits into the show, like comedic timing.”

Pattison’s 13 years at the theater, preceded by a 20-year stint as the education and touring director of the Cimarron Circuit Opera Company, have firmly instilled in her one of the prime tenets of theater: The show must go on.

The Sooner Theatre Summer Program has given hundreds of kids from ages 8 to 18 the opportunity to experience the joys of musical theater for more than a decade, but its existence was not always certain.

Instead of taking no for an answer, Pattison went to her bank and took out a loan for $7,000, which she paid the theater to rent the stage for her own summer camp.

This year, Pattison and veteran community theater director Chad Anderson are working with nearly 50 young actors from the camp’s Young Producers program to put together a full rendition of the Broadway hit Shrek The Musical.

“These shows will be on Broadway, and they’re there for so long before they’ll release them for them to be done in communities like ours,” Pattison said. “We have to wait, and we get on the waiting lists and we jump on stuff.”

One of the first people to jump on the auditions for Shrek was 18-year-old Kylie Anderson (no relation to Chad) of Norman. She has been performing since she was a child and was accepted into the University of Oklahoma’s Peggy Dow Helmerich School of Drama to study acting in the fall.

While Kylie was initially in the running for one of the more traditional female roles in the musical, her approach to the audition material led Artistic Director Brandon Adams to hand her a script for Donkey instead.

“There are two different types of actors you could be: you could be a character actor, or for women there’s the ingenue, which is the really pretty role, the Fiona role. I am definitely a character,” Kylie said. “Donkey is a male role, so of course they auditioned men.”

Shrek The Musical shows at Sooner Theatre, 101 E. Main St., in Norman from Thursday through Sunday.

Show times and tickets are available at soonertheatre.org.