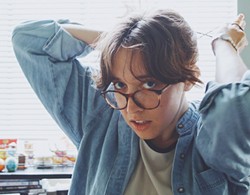 With a backstory rooted in remote Texas many miles away from all of the state’s biggest metropolises and an album deeply tied to the unique sense of simultaneous freedom and confinement felt on the highways that stretch across the central United States, Lomelda’s Hannah Read and her reflective 2017 release Thx are things with which many Oklahomans can likely relate.

Read is the creative mastermind behind Lomelda, but Thx is also a product of producer Tommy Read (Hannah’s brother) and drummer Zach Daniel.

On the album’s standout opener “Interstate Vision,” Read sings of the open road’s simultaneous beauty and terror: “Interstates are not what I want. Headlights scare me into visions. I saw an angel fly on bright white wings, guiding me home.”

Thx is full of the kind of existential ponderings and reflections that come to mind on a road trip, zipping past cows at 80 miles per hour. On the song “Out There,” Read alludes to a tall tale her brother told her when she was a young child about meeting Texas-raised singer-songwriter and former Kill Rock Stars record label signee Elliott Smith at a club. Read said in a later interview with NPR that her brother claimed that Smith taught him how to smoke.

Oklahoma Gazette recently spoke with road warrior Read via phone, discussing everything from the new album to her current state of technical homelessness.

Oklahoma Gazette: Remind me, what is the name of the town you are from?

Hannah Read: It’s called Silsbee. It’s in southeast Texas — population like 6,000 or so.

Read: It’s not. There are definitely smaller towns.

OKG: If I were to come eat there or something, is there a place in town you would point me to?

Read: Yeah, we have like three different Tex-Mex restaurants that you can go to. There’s some good barbecue if you’re a meat eater. But I’d probably just take you to my parents’ house and let them make something or me make something. My dad is an expert meat smoker.

Read: I’m actually a vegetarian, so I just eat the sides, which are great: ’slaw, potato salad. 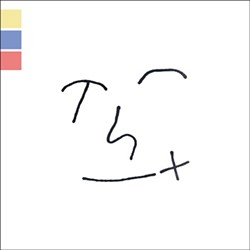 OKG: The album Thx is great for the open road and traveling across endless rural highway miles. Where did you get the inspiration or idea for this sort of theme?

Read: A lot of it came from real life, from traveling a lot. Some of the most important, formative experiences for me being young happened while going to new places. Even as a kid, my parents really set me up for this touring musician life that I have now. When I was a kid, they were very spontaneous about our vacations. It would really be like, “Oh, we have time? Alright, kids, let’s pack up the cooler in the car; everybody get in.” And then we would drive. We would just drive until it was nighttime, then we would find a place to stay or sleep in the car or something. Often, we didn’t get farther than Oklahoma or Arkansas. And then we would just camp out in the mountains, find a river and stay for a few days.

OKG: Did you even have a plan for where you were going?

Read: Not really; not usually. That was kind of how that went. And now I just do that for a job.

OKG: Has your impression of traveling or touring changed at all? Have you seen that evolve over time as you’ve gotten more experience doing it?

Read: Yeah, it definitely changes with time. It changes the way that I think. Every day is like a new world, a new life. Just everything is new. I’m still learning about a lot of that. This year is really the first year I’ve been touring this much and this often. It’s interesting; I don’t really live anywhere at the moment. I’m hoping to change that. That’s my goal for 2018, to live somewhere.

OKG: When did you write most of the material on this album? Was there a specific timeframe?

Read: Yeah, I was living in a town in Texas called Waco. I was going to school there and lived there for about five years.

OKG: Did you go to Baylor University?

Read: Yeah, I did. And I wrote most of these songs toward the end of my time there. I was about to be moving, but not really moving anywhere, just moving out. And that ended up lasting a few years. But for some reason, that has kept the songs pretty fresh for me because it all still feels pretty relevant.

OKG: To a certain degree, it’s probably even more relevant now than it was then.

OKG: You have that song on the album where you allude to this time in your life when your brother told you he had met with Elliott Smith. At any point did you actually believe what he was telling you, or did you know right away that it couldn’t be true?

Read: I knew it wasn’t real from the get-go. I was a little concerned for his sanity at first. I kind of took it out on Elliott Smith in my mind, like, “Who is this person who has sent my brother over the edge?” But it’s funny; I recounted that story to my brother after it got printed in an article or something, and he was like, “Oh yeah, I vaguely remember that.” It’s funny to think what an impression that made.

OKG: I’ve heard you say it’s interesting how Elliott Smith was a guy who interjected himself and his life into the life or someone who hasn’t met him but clearly feels like he has.

Read: Yeah, totally. Music is such a strangely powerful thing.

OKG: I think sometimes, when you’re an older sibling, you just try to see what you can make your younger sibling believe. Was that what your brother was trying to do?

Read: The thing with Elliott Smith was not a prank. He meant it. But yeah, we’re very close. We were especially close in the process of making this record.

Read: Yeah. He and I recorded the whole thing ourselves. He and the drummer on this record were like the two collaborators that I had in making it.

OKG: 2018 is coming up. Do you have any plans for the coming year that we need to know about?

Read: Hopefully traveling more, getting it started early with a January tour. Taking time when I can to write and do more. But really, I think I already confessed my main goal for 2018: to get an address that I can give to people.