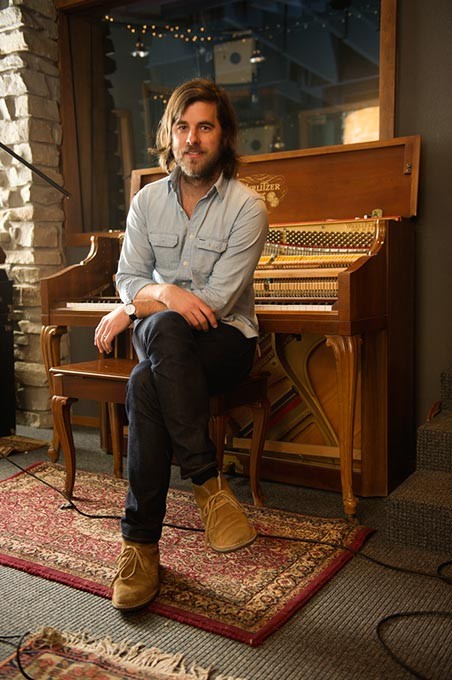 The divide between producer and consumer is shrinking.

Art mirrors commerce, and as artists sidestep record labels with crowdfunding to put out records, more also forgo booking agents and club promoters when booking tours. Instead, they fill their schedules with house concerts hosted and arranged directly by fans.

“People are just getting together and trusting each other more than they ever have,” Oklahoma singer- songwriter Graham Colton said.

It created one-of-a-kind experiences for musicians and fans alike, which many believe is the purest form of art consumption.

“Any barriers between the artist and the crowd, they are down,” said Brad Merritt, who hosted performances by Bryce Merritt, his Nashville-based, jazz pop crooner son, at his Edmond residence. “With a house show, you’ve got a very dedicated audience.”

It’s not that these are new.

“As long as there has been music, there’s been house shows,” Colton said. And while recent years saw a marked growth in singer-songwriter circles, it has long been a reality in DIY punk and hardcore scenes in a central Oklahoma landscape starved for counterculture-friendly spots.

Age restrictions and the relative financial draw of a punk band make it hard for people like James Hammontree to see the bands he wants.

The Power Pyramid bassist and one-third of post-punk act Sex Snobs has been attending these shows for more than 10 years and playing, hosting and booking them for nearly as long. His first shows at The Roustahouse in the early 2000s brought Florida art pop act Merchandise through his place, and he remembers being a part of so many others at Park Down The Street House and Capitol House.

“Houses would come and go, and we were always searching for more places,” Hammontree said. These gigs are some of his most profitable stops when on tour and some of the most special he has taken in as a fan.

Thrown together with borrowed PAs (Hammontree said one band lugged around a home karaoke kit) in rooms with furniture pushed aside, a rowdy punk show in a private residence might sound like a recipe for disaster, but they rarely amount to anything close to that. Streetside smoking, parking and curfew management are the biggest concerns, with rare noise complaints or other isolated incidents.

Keeping addresses private and publicity low-key helps in toeing the line between a welcoming atmosphere and a safe, contained environment.

Brad found that to be the case when his son Bryce convinced him to host one in his backyard to over 100 guests, an invite-only affair. He’d never put on a concert before, but he found it little more demanding than a simple gathering of friends and family.

“When Bryce first told me about the concept, it sounded like a frat party. It’s nothing like that. It’s relaxed and controlled,” Brad said, noting his intention to showcase other acts that aren’t his offspring. “I think some people don’t know how simple and easy it is to do.”

But it doesn’t take close relationships with musicians to make these happen, and that is where Colton’s upstart entity Fanswell comes in.

The OKC native has played house concerts since the start of his career, and as the years went on, those intimate, fan-driven experiences consistently proved to be the brightest spots on Colton’s national tours. His friends and colleagues felt much the same, leading to Colton concocting the idea for the website, which connects artists to fans to directly book performances in homes, galleries and other outside-the- norm rooms.

“I wanted to build something that was fun and easy and social but still legitimized these shows,” Colton said.

The idea was conceived with cofounder John Cooper two years ago, just as the concept was starting to spread in singer- songwriter circles. Fanswell made its public debut last summer.

With an acoustic-heavy roster of artists from across the country, Colton hopes and plans to expand the site’s scope and offer similar services to a more genre-diverse stable of bands and other types of performances (dancers, poets, lecturers, comedians) to further close that gap between the people who love art and the people who make it.

“That’s what is cool about the movement,” Colton said. “It’s something you create together, a one-of-a-kind experience.”

Print headline: Inch by inch, The walls of the music industry have crumbled, and the long-surviving house show is instrumental in that change.