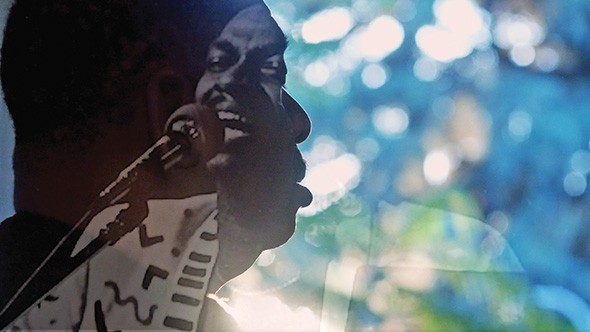 You might have never heard of Rudy Love, but odds are good you have heard his music. Jay-Z and George Clinton are fans. Love, born in Checotah and based in Wichita, Kansas, is the subject of the documentary This Is Love, which features interviews with Clinton, Fleetwood Mac drummer Mick Fleetwood (who also serves as an executive producer) and Jay-Z (who sampled Love’s “Does Your Mama Know?” on “Sweet” from American Gangster) discussing their admiration for Love, a former Motown studio vocalist who served for a decade as bandleader for Sly and the Family Stone.

“Rudy Love is definitely completely off the map and totally unknown relative to his peers, which are essentially household names,” said the film’s director, John Alexander. “The people that he’s worked with and mingled with over the years are the people that the public knows and respects, whereas Rudy Love, for whatever reason, is not on that list. … The driving question of the movie This Is Love is, ‘How can an artist who’s been so influential and is so respected by the people that people respect, how has he managed to be so off the map?’ It’s almost as if he would have had to try to be as off the map as he is considering his influence and his connections, and not to give away too much, but essentially, This Is Love is the story of an artist who turned down fame to make music with his family.”

Alexander said he was first introduced to Love, a well-known figure in the Wichita music scene, when Shawn Rhodes, the film’s executive producer, booked the musician to play with his band The Love Family at the wrap party for Alexander and Rhodes’ previous collaboration, Bender, a psychological thriller shot in Kansas.

“I was blown away when I heard Rudy Love perform, and it turns out that Shawn had been shooting footage of Rudy Love for many years prior to this party and always dreamed and hoped of putting together a feature documentary about this story,” Alexander said. “I think what first got me was the fact that his voice and his music seemed sort of strangely familiar to me, even though I had never heard of the name Rudy Love … but it turned out I was actually a Rudy Love fan for many years and I just didn’t even know it. I had heard his voice in music that I love to listen to, such as Sly and the Family Stone. I just had never known it was Rudy Love singing.”

The film, which premiered at London’s Raindance Film Festival and was named best feature documentary at Stillwater’s Red Dirt Film Festival, is currently on what Alexander described as an “extensive festival run” meant to put it “in front of as many people as possible in a theatrical space.” Following the film’s Raindance appearance, where it won the festival’s Spirit Award, Love and his band, featuring Oklahoma Jazz Hall of Fame guitarist Tony Mathews, played a sold-out show at London’s 100 Club, which previously hosted Louis Armstrong, The Sex Pistols and The Rolling Stones.

Alexander said Love’s story mirrors that of “many artists, many black artists in particular, who despite influencing the hits for decades have just remained uncredited, undercompensated and unknown.”

In a 2018 interview with Kansas television station KSN, Love described having the rights to his music — and that of his father, Robert, who co-wrote often-covered “Good Morning, Little School Girl” — “taken by forgery and that sort of stuff and all behind [his] back.”

“I’m running around the streets of Wichita, not knowing that somewhere Eric Clapton and Rod Stewart and a bunch of other people are singing my dad’s music or my voice was playing on radios over there under other people’s names,” Love said in the TV interview. “It’s a real weird feeling.”

Though the film documents injustices and discouraging career setbacks, Alexander said Love told him he did not want it to become a pity party.

“It’s a film with a happy ending,” Alexander said. “It’s an inspiring movie; it’s funky; it’s soulful; it’s upbeat; it’s incessantly energetic. It’s a funkumentary. It’s a very positive message. People have come up to us all over the world with tears of joy in their eyes after seeing this movie. It’s not depressing. In fact, although it drags you through some of these artistic struggles, ultimately it’s a very uplifting and energizing story.”

Nonetheless, Alexander said making This Is Love made him think that navigating the music industry is even more difficult than the movie business.

“Being in the film industry is a very rough road, like many people know,” Alexander said. “It’s very tough, but this film has made me realize that being a musician and being a singer is even tougher. It makes my life as a film director seem easy compared to what I’m seeing that these artists have gone through.” 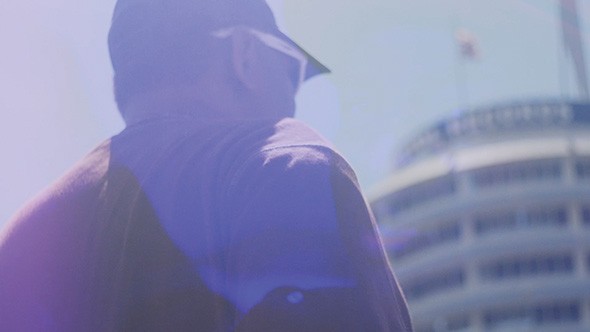 One of the “most painful trappings of being a performer,” Alexander said, is not having anyone who wants to hear about their troubles.

“Rudy says something in the movie sort of along the lines of, ‘You can’t let people know how hard it is because it’s your job as an entertainer to make it look easy,’” Alexander said. “If you make it look hard, it’s uncomfortable for people to watch. You don’t want to watch somebody work. … So as much of a struggle as it is, you actually can’t share it with anybody.”

Despite these difficulties, Love continues finding satisfaction making music with his friends and family, Alexander said, and that makes This Is Love an inspirational story relevant to the present moment.

“It’s about measuring success in a world where people are relying on metrics such as the number of Twitter followers or, of course, fame and fortune as sort of conventional metrics of so-called success,” Alexander said. “I think this film offers a different perspective on what it means to be successful and what it means to contribute to society in a way that’s not conventionally or commonly talked about or valued, especially in this day and age.”

This Is Love is scheduled to screen April 27 at Richmond International Film & Music Festival in Virginia and is an official selection of the Krakow Film Festival, which begins May 26 in Poland.