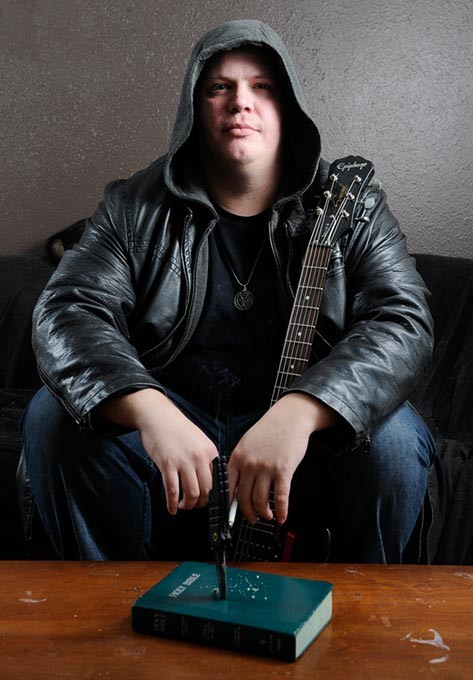 During their son’s strict Catholic upbringing, Joseph Wrobel’s parents probably never envisioned him burning a Bible on Christmas Eve, much less studying the tenets of Luciferism or Thelema.

Yet, here he is, fresh off the debut of his black metal EP, Daemon Rising. The name comes from the Luciferian idea of one’s inner-daemon — the ‘a’ represents the qualities of demons as fallen angels. You can’t have light without the dark, he explained.

“With this project being sort of a new beginning for me, I figured it fit pretty well,” said Wrobel, who moved to Oklahoma City from Topeka, Kansas, a couple years ago.

The chilling, piercing five-song effort is quite an accomplishment considering it was recorded entirely by Wrobel with the assistance of basic gear and programs.

Before coming to Oklahoma, Wrobel spent some time drumming in a few other bands. His first had a screamo, pop-punk sound. He was kicked out because he wanted something darker. His next was sort of a Pantera hybrid. After that, he found himself in a hardcore thrash group with an exciting, aggressive, choreographed stage show that Wrobel loved, but he still felt compelled to do other things.

“I wanted to do something heavier but just couldn’t find people who wanted to do that style of music,” he said.

A move to the Sooner State provided an opportunity to build his musical vision. But moving is expensive. Painfully, Wrobel was forced to sell his drum set.

Still, he never lost his need to create music that called to him. Wrobel began learning to play guitar and soon bought a guitar rig iPhone attachment off Amazon for $15. Band or no band, money or no money, he was determined to record his black metal debut.

Wrobel began work on the Daemon Rising EP in April. With his guitar and headphones plugged into his newly purchased iRig, he recorded all the instrumental aspects of the album before the end of the summer.

Wrobel used GarageBand software to find and pick different amps and adjust sounds to his liking. Electronic drum tracks, a synthetic necessity that at times pained the drummer-at-heart, also were added.

“If there’s anything from that [EP] that I wish I could change, it would be the sound of the drums just because I definitely enjoy a more natural-sounding drum than anything electronic, which is what this got me,” he said.

Wrobel made do with what he had, but those limitations tempered his sound.

“When I play, I like to do a lot of fills and just kind of crazy stuff,” he said, “so on this one, I just had to tone it down a little bit so it gave it more of that droning, repetitive sound.”

Recording vocals also proved challenging — not for technical reasons, but personal ones. Wrobel worked on the project while attending the University of Central Oklahoma’s Academy of Contemporary Music and trying to find employment in a new city. Music was recorded on and off over several months as he fought to write lyrics that would fit a more philosophical tone. 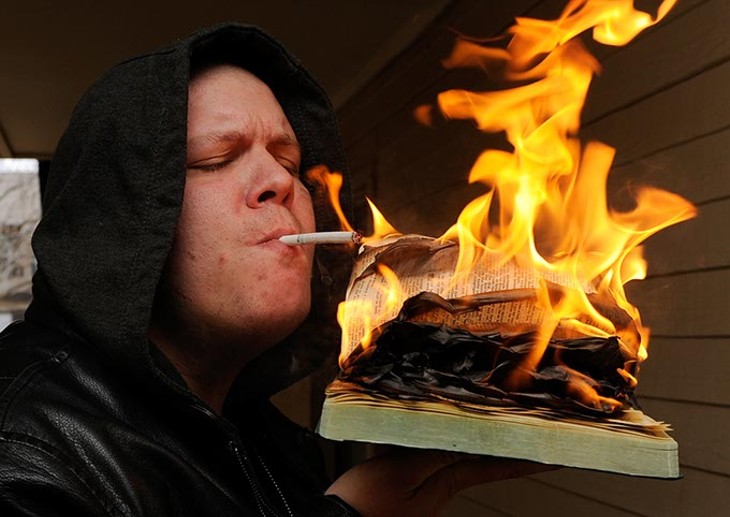 Lo-fi recordings and minimalism are two traits commonly associated with the cold, black metal aesthetic. Stories of microphones hanging in noisy basements fill the genre’s lore. In some ways, Daemon Rising represents a 21st-century version of that ideal, even if finances made the choices a necessity.

“I was kind of forced to do it that way, but at the same time, it was also a relief because I had the time to actually do what I wanted to with it and just sort of like experiment with it,” Wrobel said.

Part of Wrobel’s goal with this EP is to find, inspire or awaken a black metal scene — or any kind of metal scene — within Oklahoma City. He was excited about the prospect of moving into a larger city, but so far, he has not had luck finding members to complete his band.

When he does establish a personnel lineup, Wrobel said he hopes to take Daemon Rising live, bringing to life the hybrid, theatrical stage show he has always dreamed of. He wants the black metal staples — corpse paint, inverted crosses — but with added punk flair.

“I want to have the musicians jumping off stage and moshing with the crowd,” he said. “Maybe get a buddy in there where I’m like, ‘Hey, at this point in the song, I’m going to jump off the stage and hit you in the fucking face. Then we’re going to brawl for a little bit.’”