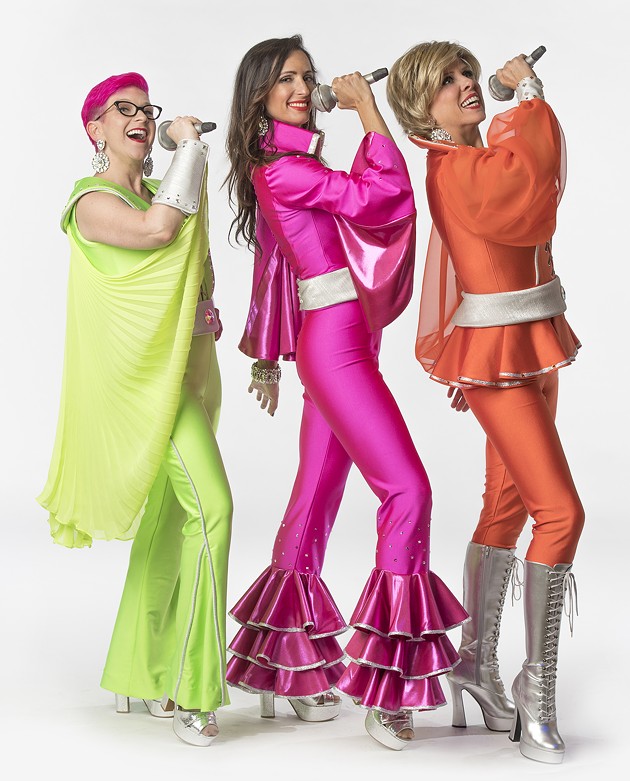 There is a matter of sheer happenstance brewing this month in Oklahoma City. Moviegoers and theater fanatics alike will soon have the distinct opportunity to see hit musical Mamma Mia!, the nostalgic yet timely production featuring songs of the Swedish pop group ABBA, either on the big screen or iconic local stage this month when Lyric Theatre of Oklahoma opens its production July 24 and Mamma Mia! Here We Go Again, the sequel to 2008’s Mamma Mia!, hits theaters Friday.

Besides the talented local cast and crew at Lyric, there are some obvious pros to this scenario, as pointed out by the stage production’s director and choreographer Lyn Cramer. And it starts with what might be a not-so-obvious tip from the local dynamo.

“[In the movie,] they cast three men as the dads who [aren’t singers],” Cramer said. “So what you end up getting is when they do sing, they sing badly and mostly what they do is start cutting music. [But] when you come to see the live show, you get ‘Knowing me, Knowing You’ and so much more. You get everything ABBA because you have a cast full of singers.” 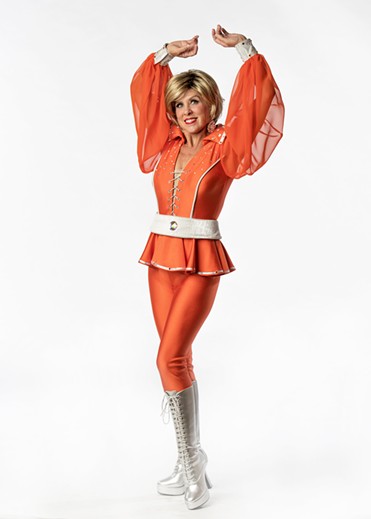 Oklahoma City University senior and music theater major Jessica Martens stars as Sophie, the young bride-to-be who desires to uncover the identity of her father in advance of her wedding day. Raised by a single mother, Sophie conjures up a plan that results in three prospective paternal candidates arriving on the small Greek island on which she’s set to be married.

“I’m excited to create the little world that they have on the island,” Martens said. “[I’ve] never seen a live production of it, but I think that’s kinda special that I get to go in and be exposed to it all for the first time. I’m pretty excited to see how Lyn creates this world and helps me create the character of Sophie. It’s such a sweet story.”

The Iowa native has worked with Lyric for three summers in a row, and it’s not difficult to align the feel-good whimsy of the hit songs in the musical to mirror the almost love letter-like quality of the cast’s sentiments for this particular production.

“Absolutely incredible,” Martens said. “I feel like — and maybe it’s because I’m still a college student and not a professional, so to speak, yet — but being able to work with Lyric has been the single greatest job I’ve ever had. Possibly ever will have.” 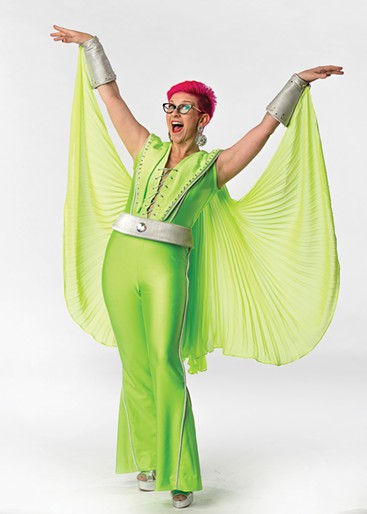 That’s how Cramer enthusiastically describes the cast across the board, and she should know.

By coincidence, Cramer, a recurring resident at Lyric Theatre, speaks about the local talent and staff only days removed from directing Mamma Mia! for a different company in Oregon last month. Cramer has worked with Lyric since 1992 and has lived in Oklahoma City for 30 years.

Initially, she was set to only direct the Oklahoma City show for Lyric, and casting took place in March. From there, she worked on production through April, a little bit every day outside of her day job, setting the pace for a family vacation in May. As a full-time professor of musical theatre and dance at the University of Oklahoma (OU), Cramer returned from much-needed rest and relaxation with 10 days remaining in the month to prepare for rehearsals in OKC. Then she left for Oregon on June 1.

After almost three weeks in the Pacific Northwest, she returned to Oklahoma to find the original choreographer accepted another position with a Broadway show. Cramer dove right in without missing a beat. Having great local talent to pull from aided in her quick search for an assistant.

“I came back on a Saturday. On that Monday morning, I met my assistant. Lyric Theatre puts up shows faster than anybody I’ve ever been involved with, but I’ve done [Mamma Mia!] once recently, so I’m not going to be worried.” 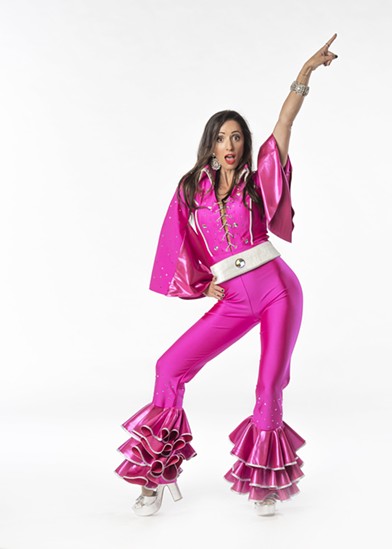 “Thank you for the music”

While the musical promises an “enchanting tale of love, laughter and friendship,” the timing of the high-energy, feel-good musical dropping in on Oklahoma is not lost on Cramer.

The cost of a ticket and two and a half hours out of an afternoon or an evening seems a nominal exchange for the level of theatrical reprieve and sheer enjoyment that compounds the director’s take on this particular experience.

“It’s such a fun, fun show,” Cramer said. “And you know what; we need it. The world is a mess and we need some frivolity, some laughter, some joy without having to think. Everybody can enjoy it. It’s multigenerational.”

She said the creator of both the Mamma Mia! musical and film productions, Judy Craymer, infused “so much story in every song.”

“[She] took songs and linked them together with the storyline, and we haven’t cut anything,” she said. “Nothing is repetitive but the chorus. People are going to have a ball and will be dancing in the aisles. I guarantee it.”

Summer is wedding season, which sometimes includes family drama that could rival any script, but Cramer and Martens are quick to share the love with fellow cast members.

“The absolute draw is the music for sure,” Cramer said. “And what makes it great for Lyric is not only do we have great music, a great conductor, wonderful singers, but we have actors so we’re enhancing the story because they can deliver the story better, too.”

Cramer explains that ABBA has copyrights on the show that mandate the sound to remain at a quality that reflects what fans have been hearing on the radio for decades, forcing specific provisions for recorded voice overlays. This attention to detail transcends job titles and adds to the overall technicality, which raises the level of expectation for the production.

“We have a beautiful set,” Cramer said. “Helena Kuukka, our lighting designer, has the look feeling like a concert. We have the best costumer in the world, and that’s Jeffrey [Meek]. So the show, visually, will be stunning too.”

Cramer has known Martens for years and speaks highly of the other cast members as well. Aside from a range of students from OU, Oklahoma City University, the University of Central Oklahoma and Florida State University, the ensemble also features myriad Lyric production alums.

“Lyric enables people to stay in Oklahoma and do what they love,” Cramer said. “We have so much talent to draw from here. [Lyric is] the quintessential musical theater company in the state, and it’s my second home.”