Man, what a rough year for the Oklahoma Sooners, but its final moment really takes the … cheese. 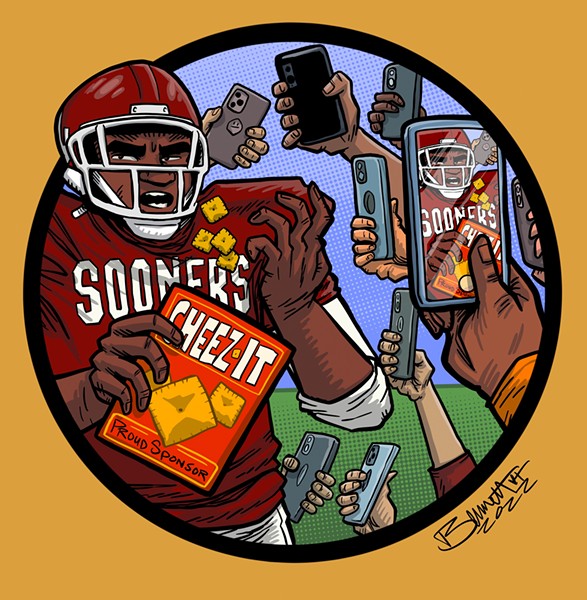 Man, what a rough year for the Oklahoma Sooners, but its final moment really takes the … cheese.


The list of bowl games the Sooners have played in is lengthy. Among them are the Orange Bowl, Sugar Bowl, Rose Bowl, Cotton Bowl and Fiesta Bowl. And now the … Cheez-It Bowl.

Apparently this has been a thing for more than three decades, but the Kellogg Company brand took over sponsorship in 2018. For the less college football-literate, this news has led to quite a bit of sneering. Apparently, it’s also a tradition at the University of Oklahoma’s campuses in both Norman and Tulsa to fill the arms of the seed sower statue with whatever item represents the bowl game the school will be playing in this year, and fortunately, that tradition was in fact carried on this year to hilarious effect.


And, as we hoped, there is a Cheez-It Bowl trophy and no shortage of photos of the bowl atop the prize filled with, you guessed it…


Hopefully, the players get a lifetime supply (or at least for the rest of their college careers), since the processed snack was one of the things that kept many of us alive through hangovers and tough finals weeks.