Many ingredients go into making beer

Historians think humans were making beer in 4,300 B.C. and used the intervening years to brew, drink and describe the drinks they love. Below is a fraction of the many types of beer available today, along with some common terms to help drinkers understand, enjoy and discuss beer.

Baltic porter: robust, dark porter named because it was shipped to the North Sea; it has a cloudy body with deep, roasted malt flavor and medium bitterness

Belgian quadrupel: Belgian-style ale with a full, heavy body and strong malt flavor; colored deep garnet to dark brown, it was inspired by Trappist monks and has high alcohol content and a sweet, slightly bitter taste

Cream ale: ale-lager hybrid brewed at higher temperatures and finished with lager yeast; a pale-colored beer with low hoppiness and a carbonated body

Cream stout: made with lactose, a sugar found in milk, with a sweeter flavor and creamy body; sometimes called milk or cream stout

Farmhouse ale/saison: complex bottle-conditioned beer with heavy spice flavor, often tart with medium bitterness; saison, French for “season,” is the most common variety, and it’s traditionally brewed in winter and kept farm staff busy in off seasons as they created beer to drink in summer months

India pale ale/IPA: ale with stronger hop flavor; originally brewed in England and exported to India for British troops, and more hops were used to help preserve the beer during its transport

Pale ale: made with pale malt, usually with a medium hoppiness that is easy to drink 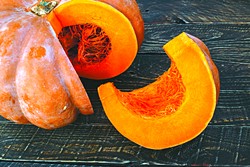 Pumpkin ale: ingredients include pumpkin chunks, puree or flavoring, and the ale is usually mild and malty with little bitterness

Lager: made with bottom-fermenting yeast at colder temperatures than for a crisper, cleaner taste

Märzen: medium- to full-bodied German-style beer; Märzen is German for “March,” when the beer was traditionally brewed, and is a traditional Oktoberfest beer with color ranging from golden yellow to dark brown and a rich taste with mild hoppiness

Vienna lager: color ranges from copper to reddish-brown with a medium body; named for the Austrian city, Vienna lagers are more associated with American and Mexican beers like Yuengling and Negra Modelo 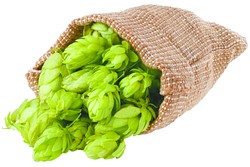 Hops: delicate, cone-shaped flowers of the Humulus lupulus plant, which grows in vines more than 20 feet long; light green cones are full of flavorful resins and oils that give beer bitterness when used early in brewing and aroma when added later

Malt: most popular brewing grain, short for malted barley, is soaked in water until it germinates and then cooked or roasted to stop the growing process; the amount of heat used impacts the color and flavor of beer and sugars in malt create alcohol during fermentation 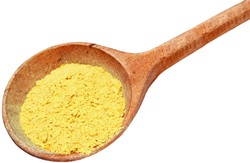 Yeast: single-celled microorganisms that create flavors in beer and convert sugar into alcohol; ale yeast rises to the top during fermentation and bottom-fermenting lager yeast settles at the bottom Learn about our panelists and the scoring system here!

Alcoholic: the aroma, flavor and warming effect of ethanol and higher alcohols

Astringent: puckering, lingering harshness or dryness in the finish

Estery: aroma or flavor of fruit or flowers

Grassy: aroma or flavor of fresh-cut grass or green leaves

Sour/Acidic: tart aroma and flavor, either sharp and clean or vinegarlike

Vegetal: cooked or canned vegetable aroma and flavor, such as cabbage, onion, celery or asparagus

Yeasty: a bready or yeastlike aroma or flavor