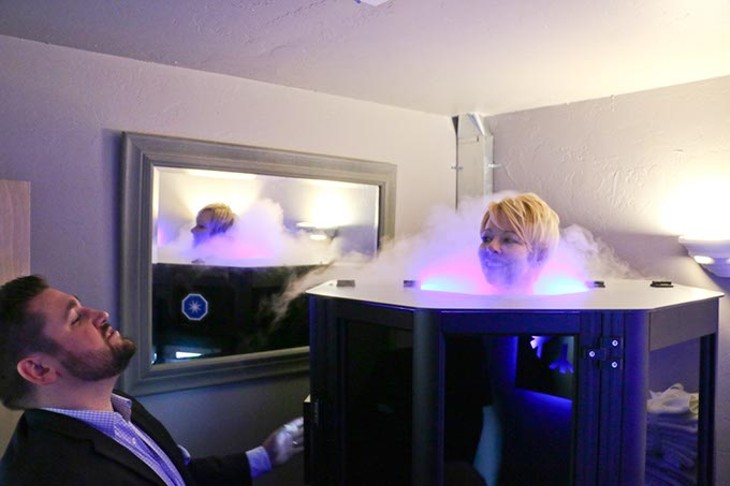 Subfreezing temperatures might not sound soothing, but for cryotherapy enthusiasts, they’re the ideal solution to post-workout discomfort and inflammatory conditions such as rheumatoid arthritis. While the technology is relatively new to Oklahoma, one local facility is having so much success it recently opened a second location just months after opening its first.

“It’s really big on the East and West coasts, and it’s really big in Europe,” said Jonathan Jordan, owner of OK Cryo. “This is a technology that’s been around since the late 1970s, and it’s been gaining popularity, but it’s just getting to the United States.”

Cryotherapy is essentially a variation on the standard ice pack used to treat everything from injuries to post-workout soreness. OK Cryo opened its first location in September 2016 in The Weight Room at The Lighthouse, 3333 W. Hefner Road.

For its second location, it decided to stick with the gym atmosphere, since the service is becoming so popular with athletes and workout enthusiasts. Its facility at Red Rock Fitness, 2137 NW 138th St., opened in February. OK Cryo partnered with Revitalize, which provides intravenous (IV) infusion of multivitamins, antioxidants and supplements to treat multiple conditions, including hangovers, post-workout discomfort and dehydration.

The partnership came about after Jordan learned of Revitalize’s services and met up with Revitalize owner Joshua Gore, a medical doctor, to discuss joining forces.

“We were looking to build a health and wellness atmosphere, so I think our businesses go hand-in-hand,” Gore said.

The use of cold temperatures to treat various ailments has been standard practice for several years, ranging from using liquid nitrogen to freeze off lesions to applying an ice pack to an injured ankle. The benefits of this localized cryotherapy are often immediate and obvious, but now whole-body cryotherapy has gained popularity as a method of alleviating the pain and soreness associated with exercise and with conditions such as rheumatoid arthritis and fibromyalgia. At OK Cryo, clients spend between one and three minutes in the cryotherapy chamber, which is cooled to as low as -200 degrees Fahrenheit, and the client’s skin temperature is lowered by 30 degrees Fahrenheit.

Jordan said the majority of OK Cryo’s clients are between 18 and 45, though the service can benefit people well into their 70s. The company has several clients in their 50s and beyond who use cryotherapy to ease their rheumatoid arthritis. It also caters to fitness enthusiasts including weightlifters and people who practice CrossFit. At Revitalize, Gore said the bulk of the company’s clientele is between 18 and 50 and includes many young professionals in addition to a few NBA players treated for dehydration.

“They range anywhere from people who have had one too many the night before to people who come in for multivitamin infusions because flu season has been really rough this year,” Gore said.

Revitalize also offers Botox and dermal fillers such as JuvéDerm. Gore runs the business along with wife Sara Gore, a nurse practitioner trained in dermatology, and he noted that his staff is comprised of paramedics and nurse practitioners in case any prospective clients have a “needle allergy.” 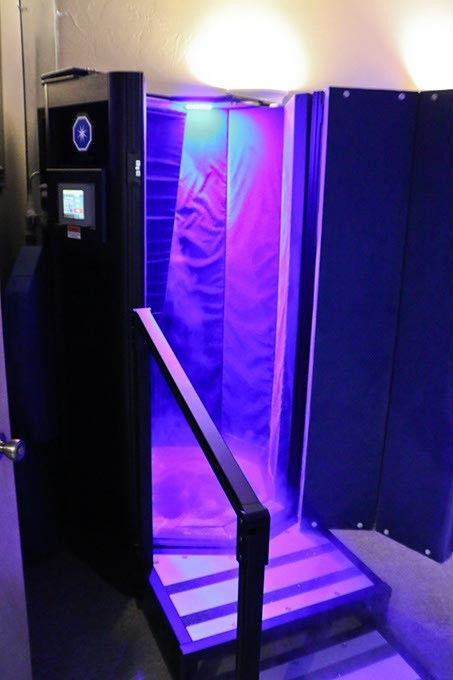 There were only a handful of cryotherapy and IV infusion centers in Oklahoma when both businesses started. While many people were aware of both services in general, they didn’t always know much about them or that they were available in Oklahoma. Jordan and Gore are working on spreading the word about the benefits of these services and on educating the public on what sets their companies apart from others in Oklahoma. OK Cryo was the first in the state to use the Impact Cryotherapy machine, a newer and more advanced model, while Revitalize will make house calls, including to hotel rooms and other public places. Gore also stressed that Revitalize aims to enhance their clients’ overall health.

“Being located in a gym and working with athletes, we’re not just the proverbial hangover service; we look to really promote overall well-being,” Gore said.

Revitalize offers several customized packages, including one specifically for migraines. Its original hangover relief package costs $100 and includes IV fluids along with medications for nausea and headache. Other hangover relief packages include The Works for $150 and The Executive for $180. The company also offers several packages designed specifically for training and overall health, including a wellness package that includes IV fluids and high-dose Vitamin C and one with a fat buster and energy booster. At OK Cryo, clients can purchase individual sessions or packages. An individual session costs $45, while a package of three sessions costs $120 and a package of five costs $150. A first-time session costs $25. Discounts are available for group sessions and for training performance sessions for sports teams.

For anyone unsure if cryotherapy or IV infusions are right for them or safe for them to use, Jordan suggests they do their due diligence before making a decision.

“Do your research; come by and ask questions,” Jordan said. “There’s never a dumb question when it comes to your health and well-being.”

Print headline: Cool down, Many OKC residents are turning to cryotheraphy for some ice-cold relief.