Many streaming options available at home this Halloween

Another Halloween, another opportunity to show your friends how tough you are — ahem — to enjoy your favorite horror movies. There are few things more entertaining than being the person in the know for countless parties, dates and sleepless Friday nights when a horror movie enters the equation. Smugly anticipating your friends’ jumps is almost as fun as watching the movie. So load up on popcorn and candy before you fire up whatever box you use to stream things from your couch or bed, because we’re here with seven recommendations that will impress your friends (depending on how much they can see between their fingers) and rattle your chains.

Ever wonder what X-Men’s teenage mutants would be like if they were a tad more … realistic? This Brian De Palma film comes directly after his adaptation of horror master Stephen King’s Carrie and has the same throbbing take on adolescent mistrust of authority and adulthood. Blood pours from eyes, heads explode and a carnival takes a horrific turn. It’s a completely strange ’70s take on psychic youths versus the “man.” This time, the CIA is personified by John Cassavetes.

So you thought the last one was weird? Welcome to the modern Frankenstein-ian world of Re-Animator, where a crazed medical student (who also happens to be a complete jerk, which is odd for a main character in any movie) played by a completely terrifying and strange Jeffrey Combs brings dead bodies back to life with a serum and syringe. Hilariously campy and freaky with its gross-out effects (Including a decapitation!) and schlocky in the supreme, this is a cult classic for a reason. If you needed an excuse to show a midnight movie, this one is right on that line of despicable and lovable that houses so many exploitation movies rampant with sex, violence and total scientific weirdness. 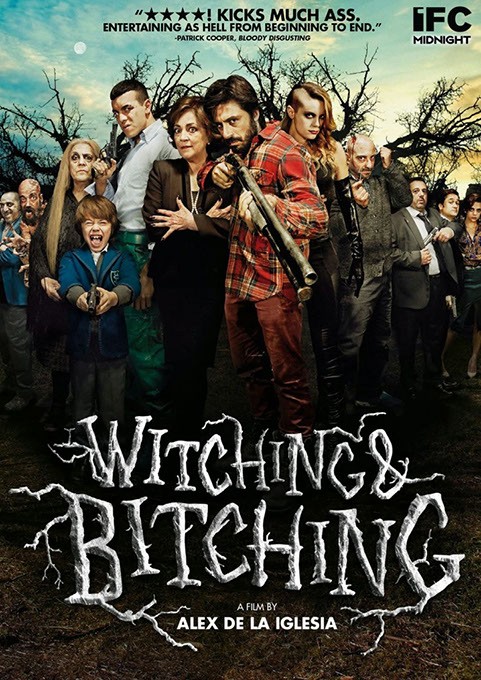 A Spanish horror-comedy by rambunctious director Álex de la Iglesia, Witching & Bitching is part heist movie, part witch comedy and part cult horror film. It’s one of the silliest movies I’ve ever seen, and the subtitles fly by as you only catch one in three jokes. Luckily, slapstick dominates the film, especially in an ending sequence unlike anything I’ve ever witnessed in cinema. A light movie without many scares, this is more for flavor and content than anything, as it takes place in a witch-run town with a group of costumed protagonists. Hopefully your trick-or-treating doesn’t end with as many hilarious fatalities. 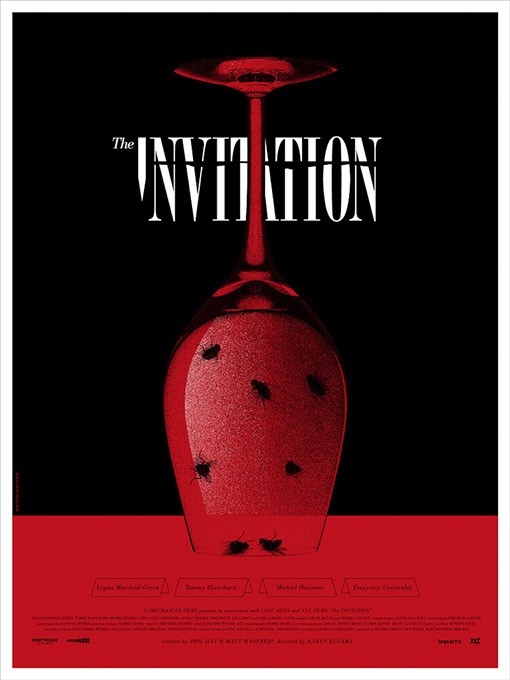 One of the year’s most surprising sleeper horror hits, this quiet film takes place at a dinner party that slowly escalates to something abjectly horrible. With tension as thick as the cheesecake they serve, The Invitation is one of the genuinely great films on this list thanks to some stellar performances and metered direction from Karyn Kusama. Some of these movies will have you laughing so hard that candy corn might come out your nose. The Invitation will leave you a social hermit eyeing your friends more suspiciously than when you woke up to unclaimed vomit on your sofa.

A sleek, sexy vampire film in black and white, A Girl Walks Home Alone at Night is a great mood-setting movie for a more macabre date. Female vampires run a city’s underworld while a young man stumbles into it heart-first. Only blood can come from this — you don’t want to wear your heart on your sleeve when vampires are around.

New Zealand horror-comedy (those two go together like chocolate and peanut butter; don’t ask me why) HouseBound focuses on a girl under house arrest who finds, to her dismay, that her house/jail cell is haunted. Some of the biggest laughs and jumps combine to a film that never slows down and never stops entertaining one way or the other. A twist near the end will leave you questioning every haunted house movie you’ve ever seen.

This one’s for all you so-bad-it’s-good fans. This Sam Neill and Laurence Fishburne-starring trek into space horror comes from Resident Evil director Paul W.S. Anderson, so you know what you’re getting into from the beginning. Basically, Neill’s new spaceship tech opens, well, a gate to hell. Things get gross, but in a perfect way.