MAPS 3 tax is anticipated to sunset with a $28.5 million surplus

More than seven years later, residents and visitors are enjoying a whitewater rafting facility, walking trails and sidewalks, a neighborhood senior center and improvements to the fairgrounds. A year from now, a streetcar will glide through downtown, passing by construction crews completing the 40-acre north section of Scissortail Park, which has been called the crown jewel of the MAPS 3 program.

While there remains a lot of work to be done to complete the entire MAPS 3 program, like the construction of two neighborhood senior centers and a new convention center, tax collections end at the stroke of midnight Dec. 31. Two weeks before the tax sunsets, City of Oklahoma City leaders and officials reported the program had already passed $777 million in collections. The city is projecting a surplus of $28.5 million in MAPS 3 tax, according to David Todd, MAPS program manager.

“It’s a good problem to have,” Todd said. “It goes back to the projections from our budget and financing departments. It has been a real team effort to get where we are. I don’t like to think it was by accident.”

For some time, city officials estimated that the tax collection would end with higher-than-expected revenues. The $28.5 million surplus also includes some earned interest. City officials attributed the surplus to careful budgeting, conservative estimates and a generally strong economy. An economic downturn in 2016 resulted in sluggish tax collections into City Hall.

It will be February before the city receives its final distribution checks from Oklahoma Tax Commission. In the coming months, city leaders will begin to decide where to invest the extra $28.5 million.

Allocation of the $28.5 million will ultimately be decided by the mayor and Oklahoma City Council. The MAPS 3 subcommittees and MAPS 3 Citizen Advisory Board will begin submitting suggestions for how any additional dollars could enhance MAPS 3 projects after the first of the year, Todd said.

By law, any additional money must go toward “city capital improvement,” which is what voters agreed to fund with the tax when they approved the MAPS 3 ballot measure in December 2009. The council designed the MAPS 3 program to include a downtown park, a rail-based streetcar system, a downtown convention center, new sidewalks and trails, Oklahoma River and Oklahoma State Fairgrounds improvements and health and wellness centers designed for senior citizens.

The council could back the suggestions by the subcommittee and advisory boards to plug additional funds into individual projects for further enhancements. Suggestions could include construction of a fifth neighborhood senior center, renovations to Union Depot for Scissortail Park, additional amenities around the whitewater rafting course, implementation of signal prioritization for the streetcar, more sidewalks and trail enhancements.

Nathaniel Harding, a member of the citizen advisory council and chairman of the streetcar subcommittee, explained that each of the seven subcommittees has recommendations.

“I think every project had some pieces that were left out because we were making sure to be good stewards of taxpayers’ money,” Harding said. “I think you will see those come back in. In a lot of cases, it was a really good choice to not do something because we didn’t have enough certainly. Here we are years later, we have more information and we’ve seen how things have come together.”

Harding named Riversport Rapids, the whitewater rafting and kayaking center on the Oklahoma River, as an example. As one of the first MAPS 3 projects to be completed, subcommittee members have called for installing windscreens and more seating along the course. The items weren’t necessarily known to the subcommittee before the course opened.

“It is a luxury that we didn’t always know we would have,” said Tom McDaniel, MAPS 3 Citizens Advisory Board chairman, of the surplus.

McDaniel views the extra money and its potential to strengthen MAPS 3 projects as a way to further ensure the success and legacy of the program.

“After you get into [capital improvement projects], you always see something else you could add to or do a little better,” he said. 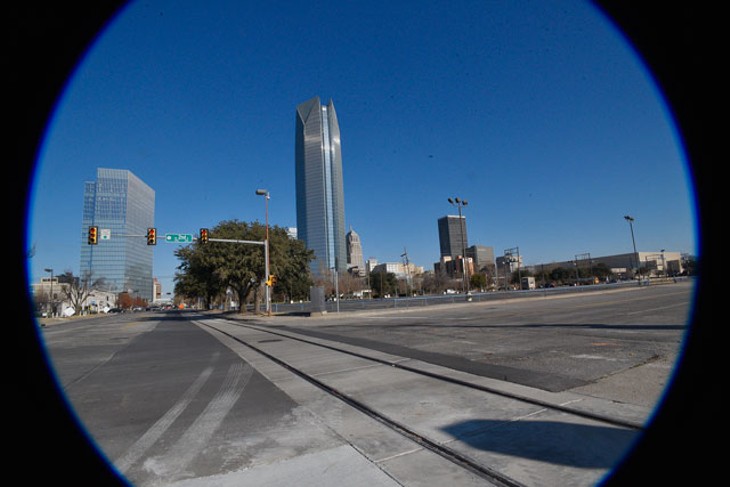 The MAPS 3 tax will be replaced by two new sales tax initiatives, both approved by Oklahoma City voters in September. Under the Better Streets, Safer City plan, the 1-cent MAPS tax is extended for 27 months to benefit street infrastructure. A quarter-cent permanent sales tax will also be collected; however, it will be deposited in the city operations fund to benefit public safety positions. City officials estimate the temporary sales tax will generate $240 million and the permanent tax adds $26 million annually into the city’s budget.

Like past MAPS programs, the council selected 11 citizens to serve on the advisory board overseeing the street, sidewalk and trail projects to come from the Better Streets, Safer City sales tax initiative.

There will be an overlap among construction of MAPS 3 projects and Better Streets, Safer City projects.

“While the tax will end on Dec. 31, our responsibilities to get the projects completed will not,” McDaniel said.  “We will still be working on this for another two to three years. We ask for the patients of our constituents. Anyone who goes downtown knows it is hard to get around with laying these transit tracks. There is some discomfort as we go through the building. I think in the long run, it will be well worth it.”

So far, MAPS projects, including the original program that brought OKC a ballpark and canals to Bricktown, a downtown library and revived the Oklahoma River, have been widely hailed as successful and key in the city’s renaissance. The third installment of MAPS has long been predicted to take the city to a new level.

Print headline: No shortfall; The MAPS 3 tax is anticipated to sunset with a $28.5 million surplus.