“I think my interest is going to be the same as everybody’s: We need better streets and sidewalks,” White said. 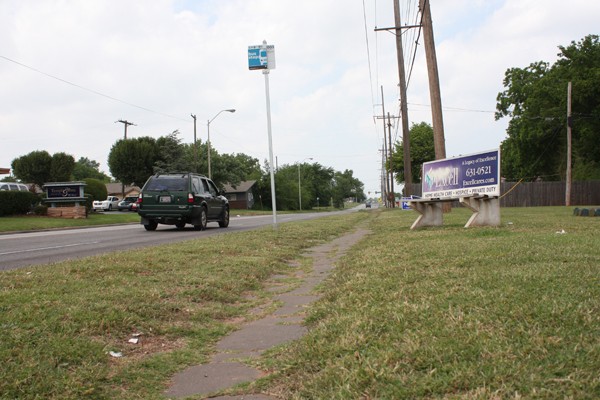 When Oklahoma City Council member Ed Shadid opened the floor for public comments at a recent Ward 2 town hall meeting, a majority of speakers called for quality-of-life improvements and new facilities miles away from the city’s northwest quadrant.

One speaker explained the area was left behind as the city directed its attention to sales tax and general obligation (GO) bond-funded projects too often focused on other communities, most notably those north of the river, downtown.

Another person spoke of no progress in the south or northeast areas of Oklahoma City. The city’s “priorities were out of whack,” the longtime resident said.

The May 24 meeting focused on the next potential GO bonds and their impact on Ward 2 neighborhoods. It featured presentations by five city department leaders and ended with few suggestions for the 19-square-mile council district.

City leaders plan to bring a GO bond proposition to voters in late 2017. Council members and staff are beginning a list of projects and priorities for the next vote. Oklahoma City voters last approved an $835.5 million GO bond in December 2007.

Cities use GO bonds as a mechanism to fund capital improvement projects, such as streets, drainage, bridges, sidewalks, libraries and parks. The last round of GO bonds brought the new downtown police station, renovations to Myriad Botanical Gardens and the Capitol Hill Library remodel project, just to name a few. The city reports the 2007 bond program is 50 percent complete with all projects on track for completion in 2020.

The city’s upcoming bond election comes at an interesting time, as a grassroots group has spent the last several months discussing the possibility of the next Metropolitan Area Projects (MAPS) plan focusing on strengthening neighborhoods. Comments from the town hall meeting mimic those heard at MAPS 4 Neighborhoods gatherings held across the city’s wards.

“We have this great inheritance of MAPS and its economic development, but not everyone has gotten to experience it,” Jonathan Dodson, MAPS 4 Neighborhoods member, said during the meeting. “They still struggle to get to work. The bus transit lines go to their house once in the morning and once in the evening. The sidewalks are not connected to where they need to go.”

During the MAPS 4 Neighborhood meetings, which were not affiliated with the city, community members called for protected bike lanes, bus stop shelters, renovations to parks and revitalizing neighborhood streets and sidewalks. Some argued such projects could be included in a bond election instead of a MAPS program.

Dodson emphasized the benefits to neighborhood projects included in a MAPS plan. Specifically, he believes neighborhood improvement projects paid for by sales tax dollars would be completed quicker than interest-bearing bond projects.

It is possible city leaders could move forward with the MAPS 4 Neighborhood plan during the November general election. City leaders must turn in ballot language in August, which leaves a couple of months to finalize projects and decide how much would be collected from the 1-cent sales tax.

City officials laid out their plans for communicating with the public about needs for the upcoming bond election at the Ward 2 town hall. One process is for neighborhood associations or groups of concerned neighbors to develop three priority projects that are then communicated to their council representative and city officials.

Ward 4 Council member Pete White, who didn’t attend the Ward 2 meeting, is committed to reviewing past city reports on sidewalk and street needs and setting priorities in his council area. The southside ward is the city’s largest with 157.3 square miles. Ward 4 includes the historic Capitol Hill district, a portion of the popular business district along SW 29th Street and rural land in the eastern part of Oklahoma County.

“I think my interest is going to be the same as everybody’s: We need better streets and sidewalks,” White said. “I think that is the citizens’ top priority, and I suspect it is the council’s top priority.”