Yes on 788 goes into its final week pushing a ‘get out the vote’ effort on medical marijuana. 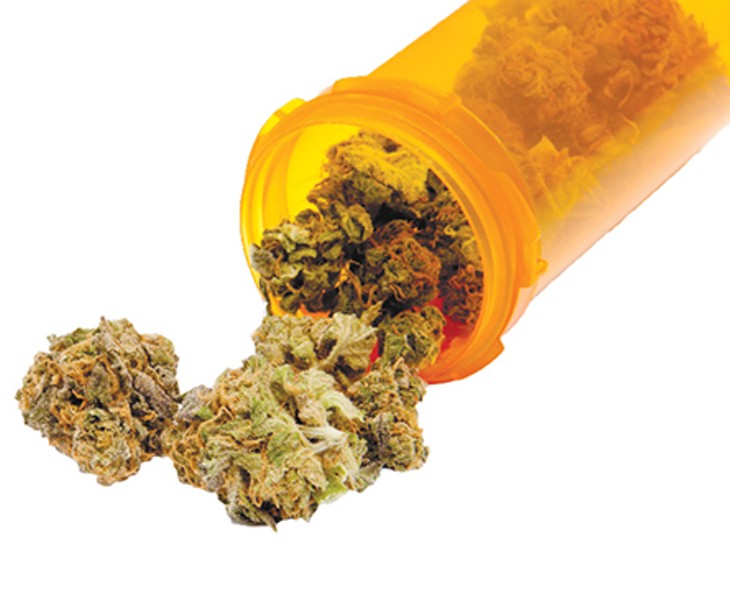 As the media spending increases in the final days before the June 26 primary that will also decide the fate of State Question 788, Oklahomans will go to the polls with mixed messages over what will happen if the state legalizes medical marijuana.

For its closing campaign against the measure, the political action committee (PAC) SQ788 Is Not Medical reportedly spent $453,000 in media buys to convince citizens to vote against making medicinal cannabis legal.

However, while the PAC is putting much of its efforts toward traditional media buys during local television news broadcasts, that group’s pro-medical marijuana counterpart, Yes on 788, is spending almost no money in that sector. Jed Green, executive director of Yes on 788, said his group is almost entirely focused on getting out the vote.

“The mass media buy we saw the ‘no’ campaign throw out was completely expected,” Green said. “And so what we’ve been doing for the past several months is providing professional organization to the massive grassroots network that exists throughout the state.”

Part of that is the ability to “read the room.” While SQ788 Is Not Medical is targeting older and more conservative voters who read daily newspapers such as The Oklahoman and Tulsa World and watch local television news, Yes on 788 is going another direction.

On May 29, SoonerPoll reported that public opinion has shifted only slightly on the question since January, when 61.8 percent of Oklahomans supported medical marijuana. That number is now at 57.5 percent with 29.6 percent opposing. Green said that he believes most polling on the question is still based on a “likely voter” model and with recent surges in voter registration, the numbers could significantly change on Election Day.

“Our estimates are that probably 30,000 of those 45,000 registered to vote for 788,” Green said. “We had a booth out at Rocklahoma a couple weeks back, and we registered 500 people over two days at that one location.”

Primaries are notoriously low-turnout affairs dominated by older populations with both the civic commitment and discretionary time to hit the polling places with regularity. These voters are referred to by pollsters and reporters as “likely voters,” but the Poison, Godsmack and Stone Temple Pilots fans that Green’s group registered in Pryor at Rocklahoma don’t typically fit that category.

“One of the reasons turnout is low in primaries is because candidates and campaigns typically go in and say, ‘OK, who usually shows up to vote? Let’s go talk to them. Let’s spare our resources and talk to those folks only.’ So there’s a serious awareness issue with campaigns,” Green said.

Related COVER: Marijuana quest: As we near a state vote on medical marijuana, Oklahoma Gazette looks at the issue from all angles.

COVER: Marijuana quest
As we near a state vote on medical marijuana, Oklahoma Gazette looks at the issue from all angles.
By Laura Eastes, George Lang, Ben Luschen and Jacob Threadgill
The High Culture

Yes on 788’s strategy is far less niche-oriented. Rather than target a single pie piece on the demographic chart, Yes on 788 is going for the whole pie. Green said it has to happen, given SQ788 Is Not Medical’s media buy and its potential impact on likely voters.

“We have made it our business to go and talk to all the folks who showed up in the last presidential general election, which is basically three times over what your typical likely primary voting pool is,” he said. “Even though we regularly see a roughly 60-40 split in favor of 788 among likely primary voters, we will take a five-to-seven-point hit with a strong ‘no’ campaign up on TV based on the quantifiable numbers and metrics that we have.”

That potential impact could make the difference between passage and failure of the state question. Green said the key is to fight that incursion with unlikely voters, many of whom are part of 45,000 individuals who registered to vote ahead of the primary.

“Our game is not to try to contest for the very few persuade-ables left in the likely primary voting universe,” he said. “Our effort is to persuade people to simple show up and vote. That’s what we’re in the middle of, GOTV week. I also call it ‘rush week’ because we haze voters until they get out and vote — aka, release the Kraken.”

Getting out the vote for Yes on 788 means boots on the ground, knocking on doors and making direct contact. While Green said there will likely be some final-week allocation for radio ad buys, the best way to ensure that the pro-SQ788 constituency shows up is to knock doors and shake hands.

Beyond that, there is social media. Green said that following the Cambridge Analytica scandal in which over 87 million Facebook users had their information harvested for the 2016 presidential election, all political ads must go through an appeals process, which slows down all buys and, consequently, their effectiveness rate. He said delays tend to last three to four days.

However, Yes on 788 is pushing its case on social media and not relying on boosting posts to get across the finish line. Green said his group reached 400,000 Oklahomans last week through Facebook alone through organic posting. The group’s official Facebook page, Oklahomans for Cannabis, has over 33,000 likes and follows.

Green said the group successfully marshals action on Facebook and Twitter thanks to the enthusiasm and social media acuity of medical marijuana advocates. When State Sen. Ervin Yen, R-Oklahoma City, posted on Twitter his opposition to the state question after previously introducing a bill to restrict the conditions under which medical marijuana could be licensed, he was overwhelmed by pro-SQ788 responses.

Related Chicken-Fried News: You got ratio’ed!

And in that realm, even the efforts of the anti-medical marijuana PAC can be used against them. It is political jiu-jitsu.

“Anytime we post what the opposition is doing, we get the strongest actual response,” he said. “The ‘no’ ads that you see are actually putting fuel on the fire.”