Local musician Jacobi Ryan let go of his stage name and embraced his work ethic as he plans to release a song a week this year.

Not counting the other collaborations and EPs he has planned, Jacobi Ryan is on track to release a song every week this year, but several he has written might not be released at all.

“I have probably 50 songs that need to be recorded,” said Ryan in a phone interview, while he was, not surprisingly, driving to the studio. “Right now, I have enough songs done to last through the whole year. They’re just not the songs that I want to put out. There are songs I probably will never release just because I’m not happy with them.”

Ryan — the Lawton-raised hip-hop artist formerly known as Fresh — moved to OKC in 2013 after choosing to pursue a career in music instead of basketball. Over the past few years, he has learned to be more strategic about how he releases his music after struggling to find anyone to listen.

“When I came here, I didn’t know a soul,” Ryan said. “The whole plan from the jump when I got here was to just do as many live shows as I could, and in 2014 … I dropped three mixtapes. After that I really didn’t drop anything else because the strategy was, ‘Don’t put out any more content until people are actually asking for it,’ because I noticed when I put out content, it was like pulling teeth to get to people to actually engage with it. … I didn’t blame them not engaging on them; I blamed it on me. I wasn’t good enough. I didn’t have good enough content. I wasn’t making good enough music.”

In an effort to improve, Ryan estimated he has played more than 400 shows in the past few years and has been paid for “less than 20, easily.” Around 2017, people began asking about new music, but for reasons he said he will reveal throughout the course of the year through his music and on his weekly podcast, The More I Know, the More I Know I Don’t, Ryan could not afford to begin recording the approximately 80 songs he had written until August of last year.

While he was too broke to go to the studio, Ryan, who has a background in financial planning, did research on marketing, reading Donald S. Passman’s All You Need to Know About the Music Business and strategy guides by digital marketing entrepreneur Gary Vaynerchuk to develop a more deliberate plan. Beyoncé’s 2013 self-titled album, released with no prior promotion and with a video to accompany every song, served as a significant inspiration for his new strategy.

“I’d seen my passion for business and my passion for art come together seamlessly,” Ryan said. “The art was in the business; the marketing was artistic. I knew also that as an artist in this time, in this day and age, it’s easy for people to overlook you or for people to just go to the next song because there’s an oversaturation of content, so I had to separate myself. … I didn’t want to waste a release. I didn’t want to waste a song. I wanted to make sure that it was all going to be a unified effort where I knew what the intention was.”

His #52in365 campaign promises a new single every week of 2019. On his weekly podcast, Ryan discusses his life and work to offer more insight and context for songs such as “If You Gon Know Me,” “Hated” and “Lawton View.” By putting so much of himself into the world in deliberate, consistent doses, Ryan hopes to progressively expand his listener base before releasing his debut album in 2020. Ryan will also appear on Curriculum of the Mind, an upcoming album from hip-hop collective The Space Program. Ryan has several other collaborations and releases planned for 2019 in addition to his weekly singles. Though he said he was initially worried he would run out of material for all this music, he has since realized he can always draw inspiration from his experiences if he is honest with himself and his listeners. 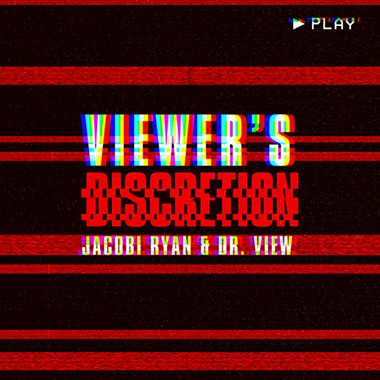 Real life is imperfect, of course, and by making himself adhere to such a strict schedule, Ryan said he also hopes to give listeners and himself a better look at his creative process, flaws and all.

“When you’re starting a new business, starting a new product, whatever you’re trying to do, create a new habit, you’re going to fail,” Ryan said. “You’re going to do wrong sometimes; you’re not going to do it the best sometimes, and there’s nothing wrong with that. It’s just as a matter of learning from it, seeing how you could have done it better and then doing it better the next time. And that’s really what I want people to get out of this; it’s not about being perfect. It’s about figuring it out and not being ashamed of that. Failure is not the opposite of success. It’s a prerequisite of success.”

Ryan has rechristened himself to reflect his new clarity of vision and purpose.

“A lot of Fresh was finding myself, trying to find what my sound is, just trying to make stuff work, and Jacobi Ryan is kind of what Fresh led to,” he said. “It allowed me to find myself; it allowed me to be confident in myself as an artist. It allowed me to really look at things as opportunities and not be as scared and just be a lot more of a leader. … I know what I need to do. I know the business now. I know what roles to fill in my team to make things happen. I know what I need to do for myself as a company because I don’t want to be signed to a label; I want to be independent, so I have my vision and I understand it thoroughly. … My life is just now starting.”

Ryan performs regularly at Heart of Hip-Hop, a monthly showcase at Hubbly Bubbly, 2900 N. Classen Boulevard. To stay up-to-date on Ryan’s latest releases, subscribe to the email list at jacobiryan.com.