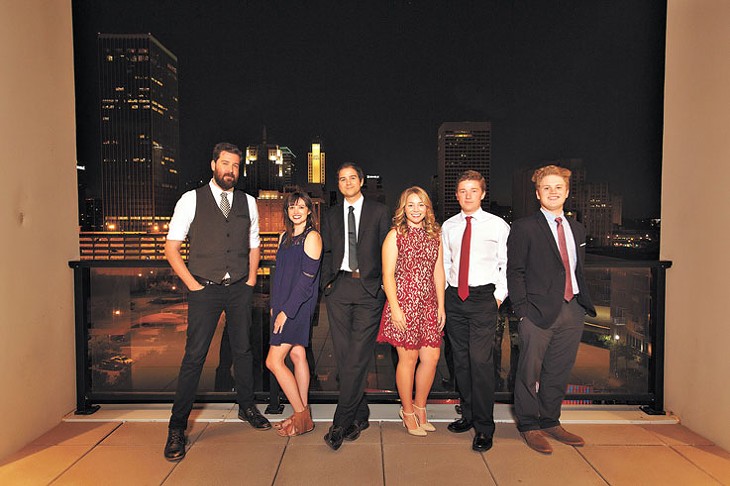 MarriageMelody provides couples with a wedding song that is truly their own, based on their love story.

The service began four years ago when Travis Wackerly, owner of Full Circle Melody, which provides full service DJ, live music and emcee services to the Oklahoma City and Dallas metros, wrote a song for his wife and their own wedding.

It became the launching point of the idea, which grew into a business venture when the mother of one of his clients asked if they could perform a song about her daughter.

It was well received, and Wackerly launched his MarriageMelody service.

Wackerly said the best songs are the result of in-person interviews because his clients, “just continue talking while we are recording, which gives us much more than a simple questionnaire to get details of their story for the song.”

Wackerly said their personal funny, romantic or even embarrassing stories are his favorite to work with.

“One groom proposed with lights strung across a 30-foot fence, so part of those lyrics are ‘He’s got a love that’s as big as the earth, and I think he made that case with a question you can read from space,’” Wackerly said.

He said another groom “proposed in the rain in the middle of a garden, so the theme of that was based off of the title to the song ‘Yes in the Rain.’”

The performers write songs in whatever genre the couple prefers, and because Full Circle Melody usually also DJs the weddings, they are able to gain insight into which genres the couple like. If the couple doesn’t specify, writers create a song that they feel best communicates the story.

They have no problems personalizing the songs.

“Each couple is unique, so we craft these songs to match what we have learned about their personalities and background stories,” he said. “We have used their personal names in some of the songs, but mainly the couple’s background story is so original in itself that there will not be any other song like it.”

If the company creates a wedding song, the couple receives it as professionally recorded mp3 digital file. If the client also books Full Circle Melody for their event, they receive a live performance of the song. MarriageMelody has created two music videos for songs, both this year.

Travis said the reactions to the music are priceless.

“For live performances of the song at weddings, these songs create a really powerful moment,” he said. “Our song can really touch a heart months or even years later.”

MarriageMelody provides song samples on its website marriagemelody.com. Songs can also be purchased as gifts.

“A lot of couples have songs that they consider ‘their song,’” he said. “We’re on a mission to give them a song about them, their love, their story, a memory that will last forever.”