Marshall Brewing brings back its This Machine IPA 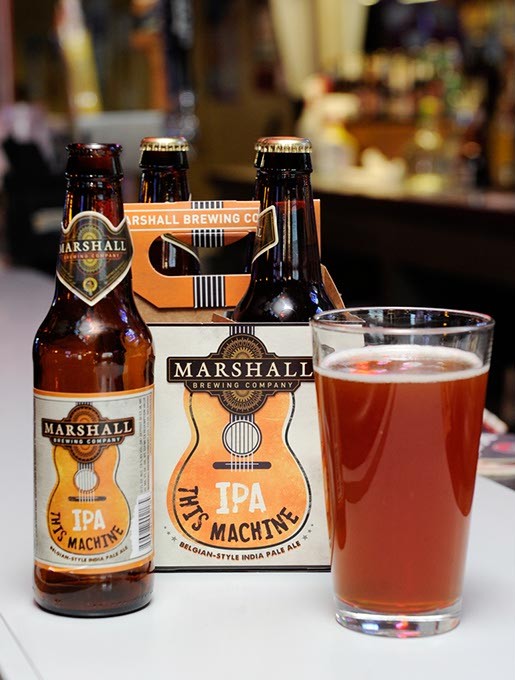 Marshall Brewing Company’s This Machine IPA was meant to be a one-off beer, according to Wes Alexander, director of sales for the Tulsa-based brewery. The beer was made in conjunction with the Woody Guthrie Center’s move to downtown Tulsa several years ago.

“At the time, the museum approached us to do a special batch in honor of the move, and of course, we were thrilled to do something to honor one of our state’s favorite sons,” Alexander said.

Eric Marshall, founder and brewmaster, opted for a Belgian-style India pale ale for the special batch.

They also wanted to use a name that would resonate with fans of Oklahoma-born folk activist and music legend Woody Guthrie and pay tribute to his lyrics and vision. Marshall reached out to the Woody Guthrie Foundation in Mt. Kisco, New York, an organization headed by Guthrie’s daughter Nora.

“It was important to Eric that he get her permission to use the name ‘This Machine,’” Alexander said. “She agreed to let us use that one as well as ‘Bound for Glory,’ another IPA we produced in a limited batch.”

Both the names are familiar phrases to Woody Guthrie fans. This Machine comes from a sticker on his guitar: “This Machine Kills Fascists.” Bound for Glory is part of the title and lyrics to his popular song “This Train is Bound for Glory.”

The first batch of This Machine sold so fast that Alexander said he knew he was onto something good. Marshall did a second version of the beer that was aged in whiskey barrels, but its newest iteration returns to the simple Belgian IPA style.

This Machine might not have enough hops for some IPA fans, but it’s a very well-done, balanced beer, and that balance leads to one of Marshall’s main philosophies.

“We want to do fun, out-of-the- box things,” Alexander said. “But the foundation of our beers is drinkability.”

This Machine is absolutely drinkable, even approachable for people who are not necessarily fans of the heavily hopped IPAs that flooded the craft beer market in recent years. The hops are here, but they’re a component of the beer, not its star. The trend seems to be growing; another local brewery, Anthem Brewing Company, based in Oklahoma City, also recently released a very balanced IPA.

“The industry has taken a kind of slingshot approach to hops and IPA over the past few years, as if they wanted to see just how far they could go,” Lively said.

The bitterness that IPA fans crave is present, but again, as with the This Machine, it is one note among many. Anthem’s is bright with citrus and floral flavors, and it is refreshingly dry and light enough to have a few in one sitting.

Print headline: This Machine, Due to popular demand, Marshall Brewing brings back its This Machine IPA celebrating Woody Guthrie.