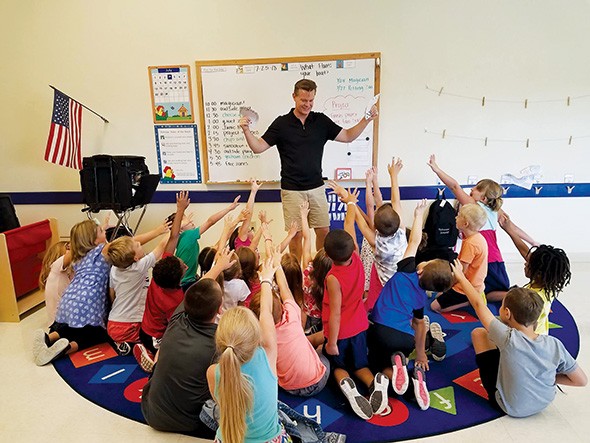 For Jonathan Meyer, a career in magic has always been in the cards. Performing illusions and card tricks for over three decades, the Oklahoma City-based magician’s craft has secured him hundreds of bookings each year and a brief appearance on America’s Got Talent. Capable of performing a set in nearly every conceivable scenario, Meyer’s art came from a lifetime of diligence.

Much of his performance is built around the concept of sleight of hand.  Perfected by years of developing a heightened sense of dexterity, sleight of hand is the art of misdirection and manipulating perception to conjure something ineffable.

Meyer specifically remembers his first encounter with the skill, as it stands out among his earliest memories.

“I saw this guy on television reach out with his hands,” Meyer said. “And boom! All of a sudden, he was holding something that wasn’t there a moment earlier. I don’t even remember what he actually revealed, but I do remember pointing at the screen and yelling, ‘Did you see that?’ From that moment on, I literally grew up practicing the art of sleight-of-hand magic.” 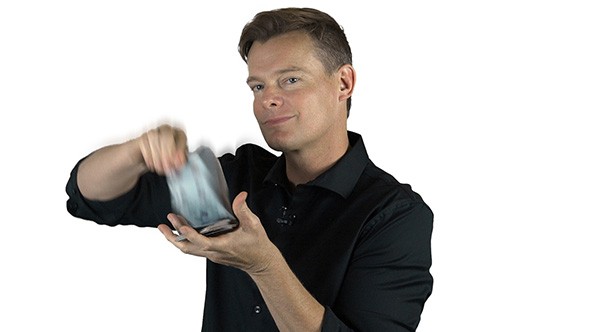 As a young child, Meyer first began gathering straightforward, single-purpose props that only took a bit of time to nail down. As he grew, the young magician began tackling more difficult tricks predominantly involving playing cards. Manipulating cards soon parlayed into his ability to mold perspective, opening the door for his lifelong endeavor.

Meyer found that much of magic can be divided into two broad categories. Though there are several tricks that require virtually no sleight of hand, you might be forced to sift through thousands of ideas to find one that looks even marginally believable. The other side involves a performance that requires thousands of hours of practice but produces an unprecedented feat.

“You’ll spend hours just looking at your hands,” Meyer said, “trying to find that moment that’s so difficult to perceive, a crucial yet indirect part that’s at the heart of the trick. Figure out the cause and you’ll identify the effect later. This requires patience and versatility.”

Though Meyer has always maintained his fascination with magic and even trained as a teenager for four years at Frontier City, it was not his professional career until about 10 years ago. With a performance so dependent upon its visual representation, Meyer knew in order to be successful he had to be open to some of the most abrasive input.

“Early on, I learned the difference between a valid and non-valid response from an audience,” he said. “I would always look for the less polite people because it gave me truly honest feedback. I had to learn to laugh it off after somebody figured out my trick and to come off as if I didn’t care even though I spent last several months painstakingly getting the trick down. It’s emotionally crushing, but I learned that’s what’s best for a magician’s progress. They might have fun telling me all about how they figured something out, but they were really just telling me what to fix!”

With persistence and openness to feedback comes mastery, but discovering or even mastering a concept is hardly enough to stand out as a magician. Garnering renown likewise involves compiling an arsenal of tricks for any scenario. Meyer stressed that with every venue and new audience come new perspectives to misdirect and some of the most seemingly effective tricks can unravel when caught at a different angle.

“You have to differentiate yourself from other magicians,” Meyer said. “You got to be willing to learn the stuff no one else is willing to sink six months of their time into, even if it’s just for a three-second move. I learn as much as I can, and sometimes I don’t even remember it until I notice a situation calls for it.”

Now, Meyer considers the eight seconds he was broadcasted during a montage of America’s Got Talent one of the landmarks of his career. The brevity of Meyer’s appearance has lingered in his mind for some time as he eagerly prepares to give the completion another attempt. Next time, he intends to be accompanied by his 15-year-old son, Grant.

“In a couple months, I’m going back,” Meyer said. “But this time I’ll stand shoulder to shoulder with a musician. I can guarantee Grant and I will be the only ones with an act like that. At best, we’ll make it onto the show, and at worst, we’ll still be spending time together. That’s more than worth it to me.”

The fire that fuels Meyer’s passion keeps him performing live over 200 days of the year. He spends the remainder fine-tuning his act and diversifying his image. Ultimately, he is propelled by a sense of wonder that emerged when he was awestruck in front of a TV nearly 40 years ago.

“To be quite honest, when I first started, I always thought the next trick would be real, and once I found out there was an explanation, I was a bit disappointed,” Meyer said. “There’s an importance to that, though. It teaches us that there is a cause to every effect. When the cause is something you can determine readily and explain, it’s science. When you have a bit more difficulty explaining it, when the cause might escape you, that’s when people start to call it magic.”