May Avenue businesses band together to form district association 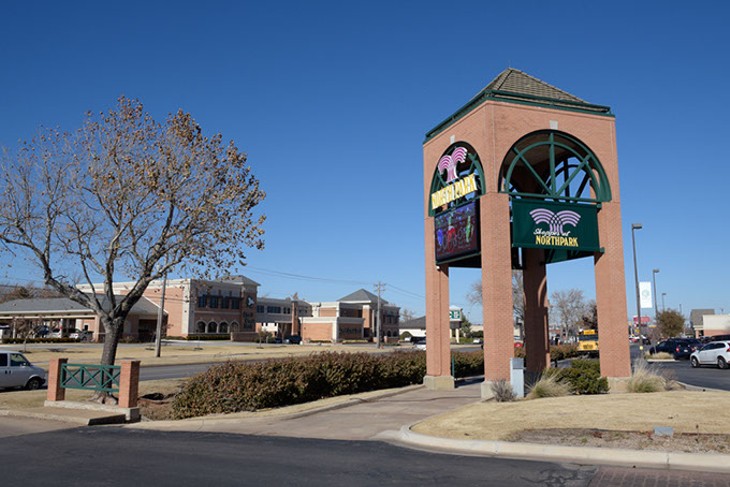 Outside the protective embrace of enclosed malls, suburban business areas often suffer from lack of identity and, most importantly, the kind of group marketing strategies that can make their areas attractive commercial destinations. But a group of businesses along a two-mile stretch of N. May Avenue is borrowing a strategy from central Oklahoma City’s business districts in hopes of building new awareness.

North on May Avenue (NOMA), a collection of businesses located on N. May Ave. between Memorial and Hefner roads, elected officers Dec. 14 and will officially launch their district Sunday. The business district will start with 25 charter members and has plans to sign a total of 30 merchants by the end of January. Preston Moon, co-owner of Anytime Fitness and president of the association, said the idea was to apply the strategy set by some local urban business districts to their area.

“This isn’t reinventing the wheel by any stretch — there are plenty of districts out there,” Moon said, “but we did take a lot of our cues from Western Avenue.”

The geographic and cultural center of the district is Shoppes at Northpark, which sits opposite the Quail Creek neighborhood. This provides NOMA with the residential-commercial equation that has played a major part in the success of the Plaza, Western Avenue and other urban districts in the city.

But Moon said he is aware of the challenges involved in creating an identity for NOMA beyond geography. Since the revival of the Paseo District and the emergence of Bricktown in the 1990s, urban districts have exerted the greatest gravitational pull on suburban and exurban residents looking for a way to spend their evenings or weekends. Districts are multiplying in the city center with the emergence of Midtown, Automobile Alley, OKC Farmers Market District and, most recently, Film Row as viable options.

Moon said his initial perception of NOMA was that it was “sleepy,” but then he started looking at retail and restaurant offerings and realized that it just needed a public pep talk in the form of a collective marketing and promotions strategy. The area is steadily attracting new restaurants; alongside longtime successes like Papa Dio’s Italian Restaurant & Wine Bar, Rococo’s Northpark location has thrived since opening in November 2010, and the mall just greeted another new restaurant tenant, Hacienda Tacos, which Bryan Neel and Robby Vernon opened in November.

NOMA is launching an integrated social media strategy that will bring the businesses together in their messaging — Hacienda launched its @hacienda_noma Twitter handle with an eye toward branding with the district.

“It’s a shared voice with the businesses and the community around us,” Moon said. “As a unit, we’ll have a lot more pull with the city. Nobody’s really talking about it, but if you put it on paper, it’s really impressive how many restaurants and bars and local retailers there are on that strip, and 90 percent of them are locally owned.”

Moon said NOMA will also put together a slate of events to drive awareness and activity in the district. A September music festival in the Northpark parking lot, a Taste of May restaurant festival in May, food truck events and a June bike run that will coincide with Quail Creek’s Creek Run 5K and will be coordinated by NOMA member Celestial Cycles, 2929 W. Hefner Road, are currently on the calendar.

“Northpark is in the center, and it’s blessed with an oversized parking lot,” Moon said, “so a lot of the events will probably be in the Northpark parking lot, just because of its access.”

As the district begins building a more recognizable profile, Moon said he hopes the coordinated marketing will result in a surge of new businesses in the area. NOMA’s closest geographical competitor is the Memorial Road/John Kilpatrick Turnpike corridor, where average rental costs are higher and a larger number of national names compete with local retailers and restaurateurs.

“You can go just one mile south on May and you can be in a much better rent situation and not far off the beaten path,” he said.

While OKC’s urban districts noticeably shifted the cultural balance of power, Moon said it is still important for people to have retail and entertainment options in the suburban and exurban areas. With downtown Edmond stepping up its game in the past two years with Heard on Hurd street festivals and nightspots such as The Patriarch Craft Beer House and Lawn, he said the time is right for areas like NOMA to enter the fray.

“We just want NOMA to be part of the discussion,” Moon said.