The Mayan Taqueria & Cantina lives up to its top billing status on Yelp. 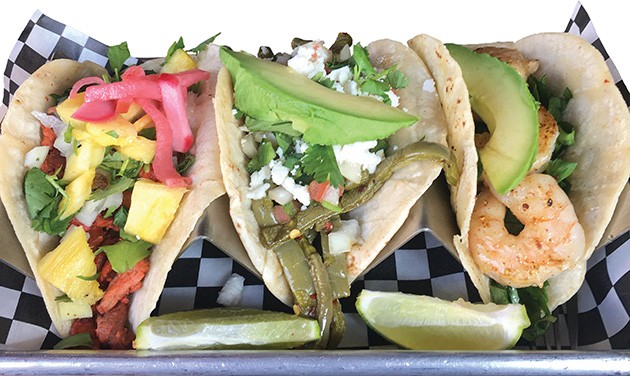 What works:Each taco gets its own treatment, and honey with shrimp works well.
What needs work:The chicken in the enchilada was a little dry.
Tip:Be on the lookout for new cocktails in early 2020.

In late October, Yelp released its ranking of top 50 restaurants in the Oklahoma City metro, taking into account both the total number of reviews on the social media app, and overall rating and health scores.

“We really care about our customers and want anyone who comes in here to enjoy authentic Mexican food and find comfort in the flavors,” said Mayan owner Tania Perez. “We’ll take care of them from the time they come in until they leave. We take pride in making sure everyone is OK. If the food is good but the service is bad, people won’t come back.”

Perez and her husband Ulysses took the experience they got turning tickets while running the Taco Box food truck on SW 59th Street and Pennsylvania Avenue and applied to the restaurant that formerly served The Paseo Arts District as El Fogoncito.

Perez, who has a background in finance, has also worked in the restaurant industry. She worked for Heartland Financial, running payroll and credit card services for clients, which included El Fogoncito. The restaurant’s previous owner told her they wanted to sell, and originally Perez worked to find another owner.

“That night, I was going through my contacts, and my husband asked what I was doing. I told him I was looking for a buyer for one of my clients, and he asked which one, and I told him El Fogoncito. He said, ‘Why don’t we buy it?’ Hold on; I’m 8 months pregnant and he wants to buy a whole restaurant? We talked about it and said, ‘Hey, why not?’ We’re the kind of people that are like, ‘What’s the worst that can happen?’ So we jumped in and bought the place.”

The couple made the decision to rebrand after El Fogoncito dealt with inconsistency under two different owners and focus the concept on a taco-centric menu that fits on a single page. They kept the restaurant’s main mural on the south wall but called in its artist Sergio “Tank” Ramirez to add some new murals to the bar and bathrooms.

“We wanted a name that would stick with people,” Perez said. “We want people to see Mayan and think tacos.”

The Mayan offers 11 types of taco, and every choice of filling gets a different treatment. Perez said they’re serving a higher level of taco than what they dished when they ran the Taco Box food truck, as prices run $2.75-$4 per taco.

Carnitas is paired with tomatillo salsa while the grilled chicken gets a topping of ranch. Asada is topped with avocado and pico de gallo while the barbacoa is garnished with the traditional cilantro, onions and radish. The menu also features burritos, flautas and a pair of enchilada preparations.

Perez said that al pastor, which is topped with fresh pineapple, is the most popular taco. It’s followed closely by conchita pibil, which is similar to al pastor in that they’re both marinated pork, but it has less heat and more citrus in the marinade.

“A lot of people think it’s going to be spicy, but once they order it, they come back for it,” Perez said. 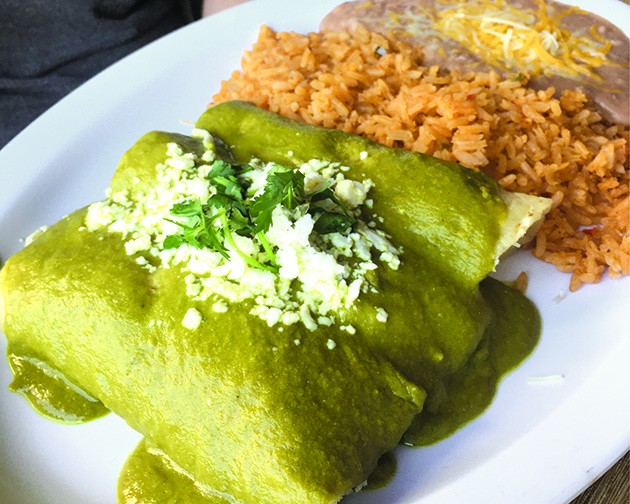 I was intrigued when I saw The Mayan atop Yelp’s ranking. I covered El Fogoncito in the review section for Oklahoma Gazette in June 2018, and thought it had some hits and misses. My biggest memory of the meal was my disappointment around its signature appetizer, the queso fundido, in which the cheese cooled within minutes and became an inedible block within minutes after arriving at the table.

Perez said they heard similar complaints from customers, who thought they were the same ownership when they opened as The Mayan. The mixture of asada, al pastor and melted cheese remains on The Mayan menu—where Perez said it is the most popular appetizer—after they made a tweak to how the item arrives from the kitchen to the table.

“We took [the complaints] into consideration so that it doesn’t happen as it stays on the table,” she said. “It’s a timing thing; if you don’t time it right, the skillet gets cool too quickly.”

Next time I dine at The Mayan, I will definitely give the queso another shot. Before speaking with Perez, I kept it safe by starting the meal off with chips and guacamole, which hit the spot. For tacos, I ordered al pastor, nopales and shrimp. The al pastor is served on fresh corn tortillas and had some heat. The grilled shrimp is served over spinach with a little drizzle of honey, which complemented a nice dollop of bottled tomatillo salsa nicely. The nopales taco is the only vegetarian taco, and it’s piled high with the cactus strips that have a nice smoky flavor.

My wife ordered the enchiladas verde, which is chicken topped with a poblano and sour cream sauce. I’m so used to getting enchiladas with a tomatillo sauce that the poblano threw me for a moment, as the char from the peppers gave a depth to the sauce. I would’ve preferred the tortillas to be drenched in the sauce before rolled around the chicken, as the chicken was a little dry, but they were more than satisfactory.

For the cooler months, The Mayan is offering three soups: pozole, chicken and meatball. Perez said the bar is focused on Mexican beer, tequila and mescal and will roll out a Mexican-inspired cocktail menu in early 2020. Margaritas are only served on the rocks; nothing from a machine.

I think the overall rebrand of The Mayan has worked. It has benefitted from streamlining the menu, and the items are served fresh in a relaxed and friendly environment.