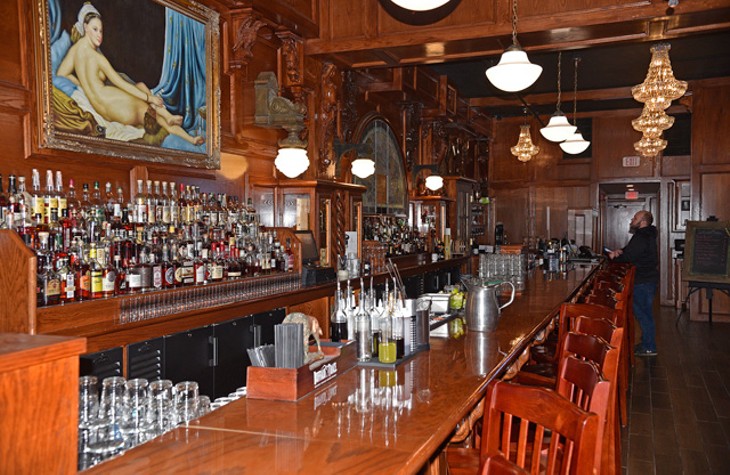 As the nation’s largest stockyard and only one in the world working within a historic district, Oklahoma City’s Stockyards City has long been a draw for tourists and locals, but beside historic Cattlemen’s, there wasn’t anywhere for those visitors to go in the evening for years.

Since opening in late October 2017, McClintock Saloon & Chop House, 2227 Exchange Ave., is providing tourists with a taste of what they might expect to see in OKC without an overt presentation to scare away local patrons.

“It feels very authentic,” said Kelli Payne, director of Stockyards City Main Street Association, noting that she often works with travel writers and tour groups to showcase the district. “It opens up a nightlife option that was missing.”

A partnership between restaurateur Michel Buthion (La Baguette), storeowner Lindsay Ocker and Alan Green to open the saloon began a few years ago during Buthion’s trip to Nashville.

Growing up in France, Buthion said he watched Westerns and dreamed of owning a saloon like the ones he saw onscreen. He arrived in Oklahoma in 1979, attracted by a program at the University of Oklahoma, but never attended OU. He opened a restaurant and laid down roots.

A trip to Nashville brought Buthion into a few Western saloons, which awakened memories of his childhood dream. “I should open one in the Stockyards,” he said to himself.

When he returned to OKC, Buthion walked into his friend Ocker’s boot store with a bottle of whiskey and jokingly proclaimed, “I’m kicking you out.”

“The design of the bar started that night,” Ocker said. “It’s a good thing we ran out of whiskey because there is no telling what we would’ve come up with.”

McClintock Saloon has more than doubled in size since the initial concept. Originally, it was only going to serve a limited menu, but they expanded into a business next-door and added a full-service chophouse menu. 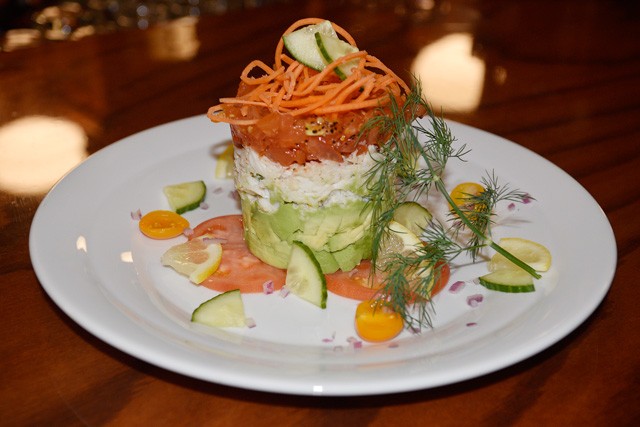 The 7,300 square-foot facility has eleven ornate chandeliers hanging amongst crushed red velvet in the dining room. The saloon features a 50-foot oak bar, which was built by a local contractor.

“We emptied three supply houses of wood,” Ocker said. “We saturated the market for a while. People think we refurbished this bar. They’re dumbfounded when we tell them it’s brand-new.”

Ornate sculptures of Helen of Troy and Hercules, commissioned by an artist in St. Petersburg, Russia, stand tall amongst the saloon’s impressive selection of alcohol that includes over 200 styles of whiskey and healthy selections of tequilas and mescal in addition to vodka and gin.

Buthion has a passion for whiskey and even recounted a visit to Woodford Reserve Distillery in Kentucky, where he left with six barrels. He blended two of his favorites for sale at the bar.

“They don’t call me Michel; down here, I’m Stockyard Mitch,” Buthion said while showcasing a bottle with his nickname on it.

The saloon is hoping to engender a loose atmosphere in the bar and installed a giant bell near the entrance. If a patron rings the bell, they have to buy a $4 mixed whiskey shot for everyone touching the bar. It sells a T-shirt with the phrase “I rang the bell at McClintock.”

The saloon kept the name of Ocker’s boot store, which opened in 2000. He said the name is an homage to 1963 John Wayne movie McLintock!

“Most saloons being built now are going for a rustic look,” Ocker said. “We’re going for totally opposite. Saloons weren’t filled with buckaroos. They had bankers, attorneys and business people.”

Buthion said he has been surprised by the amount of tourists who spend just as much time posing for pictures around the bar or under elaborate taxidermy as they do enjoying their food.

“Just last week, we had a group of Germans, Japanese and Australians all in here at the same time, and they’ve got pictures up on Facebook before they even leave,” Ocker said.

Payne said that McClintock has been a popular stop as she guides travel writers through Stockyards City.

“I had one writer recently who had been to Fort Worth, Tombstone and Deadwood recently and said that they weren’t real, like they were trying to be something that they weren’t,” Payne said.  “He said, ‘This is real deal; there are cowboys down here because they’re making a living down here.’”