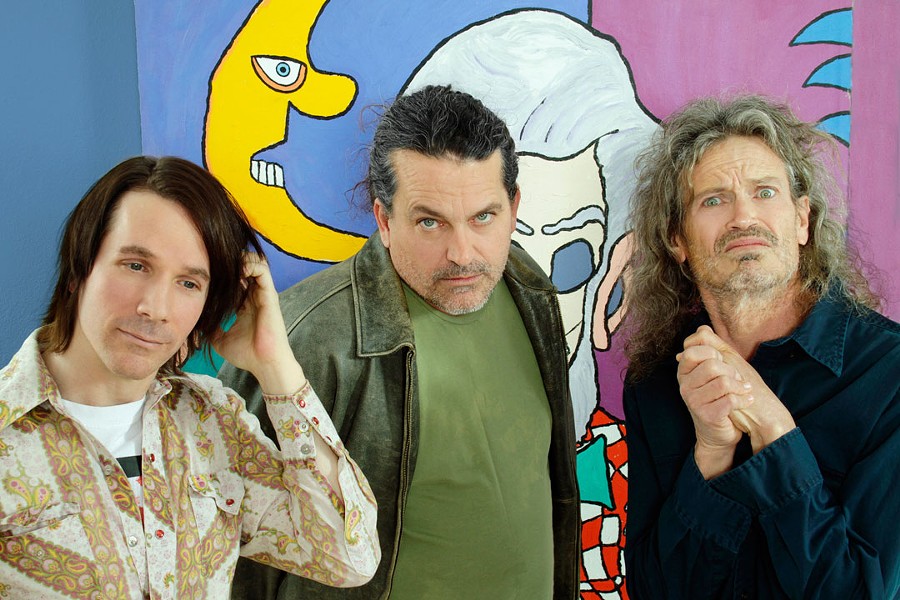 In 1983, Arizona-based punk-rockers Meat Puppets had plenty of experience touring along the nearby West Coast, but there was still a lot of new ground for them to tread out east.

The band that became an influential and inventive alternative-rock outfit on seminal SST Records launched its first inland tour from Norman. The lineup for that gig included a fairly new and flamboyant band called The Flaming Lips. Puppets bassist Cris Kirkwood said in a recent Oklahoma Gazette interview that he remembers a show dense with smoke machine fog and The Lips’ otherworldly showmanship.

“We hung out with those dudes afterward and we remained pals,” Kirkwood said.

Kirkwood and Meat Puppets make another Oklahoma stop 7 p.m. Tuesday at 89th Street - OKC, 8911 N. Western Ave. This time, the act shares the bill with Mike Watt, Kirkwood’s personal friend and noted bassist for Minutemen, Firehose and the reunited Stooges. Watt performs with his band, The Jom and Terry Show.

Meat Puppets was founded in 1980 by Kirkwood with his guitarist brother Curt and drummer Derrick Bostrom. Though the band boasts an extensive history, it might be best known for its early output in the mid-1980s, releasing cowpunk-flavored Meat Puppets II in ’84 and more polished, psychedelic folk-rock Up on the Sun in ’85.

The act is known for following its creative impulses and not being afraid to try new musical approaches or reinvent itself. Group members have been open about their drug use, especially early on in the band’s recording history. Cris Kirkwood in particular, though now sober, has seen troubles with addiction. A dependence on heroin nearly cost him his life and sent the band into an extended hiatus.

Based solely on some of the lows the band has seen, each new venture on the road is counted as a victory.

“It’s another tour,” Kirkwood said, “and at this point, that’s a pretty amazing fucking thing.”

The band rocks as a four-piece in its current touring lineup. The Kirkwood brothers are joined by drummer Shandon Sahm and guitarist Elmo Kirkwood, Curt’s son.

Cris Kirkwood loves having his nephew as part of the band. Meat Puppets, traditionally a trio, experimented with four members at several points during its playing history. Before Elmo Kirkwood became part of Meat Puppets, he joined a solo acoustic tour with his father. Cris Kirkwood said while it could be easy to assume Elmo Kirkwood was raised to someday join the band, his involvement was not planned.

“It’s not that surprising that [Elmo] got into music, but he wasn’t pushed at all into it by us,” he said. “He got into it on his own and grew into a really interesting musician.”

Elmo Kirkwood’s appointment to the roster has less to do with nepotism and more to do with his competency as a player. The 33-year-old has worked on several of his own bands and musical projects, sometimes with greater pop or electronic leanings. Cris Kirkwood calls him a natural musician.

“There’s something that’s very genetic about his approach to the guitar in some ways,” he said. “But he’s his own guitar player aside from his dad. He just complements the band really well.”

Elmo and his twin sister Katherine grew up around Meat Puppets, going to multiple shows and sitting in on many studio sessions. The twins spent their early years living with bandmembers in a shared house. Musicians in many successful bands often talk about how they grew up with the group, but Elmo Kirkwood is one of the few who can say it literally.

For an act that has been around as long as Meat Puppets has, fans start to feel less like customers and more like family. Cris Kirkwood said for many of them, seeing Elmo on stage is like watching their own nephew.

“The thing with Elmo is he is family,” he said, “but he’s a fucking beast and a flat-out sick guitar player — a sick enough guitar player that he’s able to hang musically with me and his dad, and that’s saying a lot.”

Those familiar with Puppets lore are well-versed in the epic comeback story that is Cris Kirkwood’s life tale.

The band entered a hiatus in the mid-’90s while his unchecked addictions to heroin and other substances led him to life as a virtual hermit. At separate times, his similarly addicted wife and a friend both died from overdose deaths in his home.

Kirkwood was shot in the stomach during a 2003 parking lot dispute that involved an assault on a security guard. After a major hospital recovery time, Kirkwood served some jail time before his eventual release in July 2005.

He said that around the time he got shot, he became convinced he would never play music again. His traumas forced him to reevaluate his life and priorities. He got clean, and to his great surprise, his brother was willing to look beyond past transgressions and reform the band in 2007.

Though Puppets have been off that hiatus for a decade, Kirkwood said he remains amazed and appreciative that he is still an active part of the band.

“The years just take care of themselves,” he said. “If you’re fortunate enough to keep playing and have people give a shit and you can keep your shit together, then you wind up being a little bit long in the tooth.”

Since his first encounter with The Lips in the ’80s, Kirkwood has remained an admirer of the rock act’s craft. He most recently saw the band perform at The Voodoo Music + Arts Experience in New Orleans.

“It was just like, ‘Holy shit,’” he said. “When we were kids, they were already into some extra stuff. Now, they just blow it out to some fucking insane levels. It’s very satisfying to see.”

Kirkwood cannot help but feel a special kinship with The Lips and any band that not only has the tenacity to last several decades, but the courage to reinvent itself. The early ’80s, he said, were a special time for alternative bands like his.

“There were some people making music who were singularly unique individuals, enough to where it was like, ‘You guys really aren’t kidding around’ — just really into their shit,” he said. “We made it a point not to paint ourselves into one particular corner so it would never be dated.”

Though he jokingly admitted he might have been in better physical shape during the band’s early years, Kirkwood said Meat Puppets has never been more focused or honed onstage.

“We just don’t have bad shows these days,” he said. “That’s one thing, for me, is that I insist on having a good fucking time. Considering what I’ve put myself through and that I’ve managed to get back to it all, I’m extremely appreciative of it.”

Meat Puppets and Mike Watt + The Jom and Terry Show