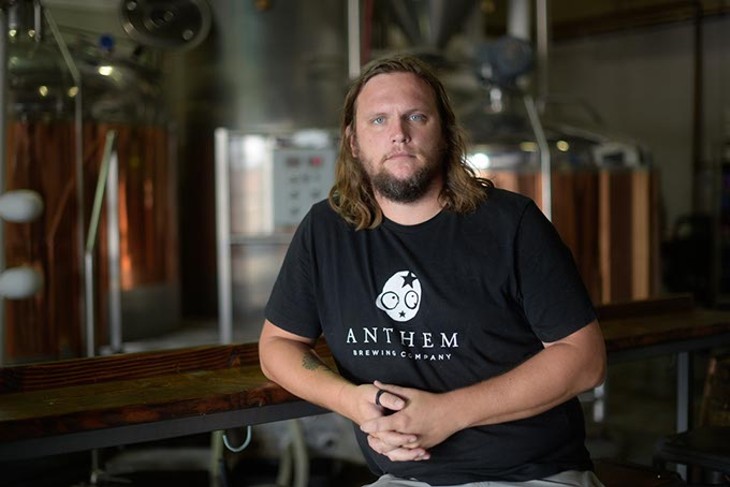 It’s a scorcher of an August afternoon in Oklahoma City, and out pops Patrick Lively from behind a 15-barrel boil kettle on the floor of Anthem Brewing Company.

With beads of sweat slowly forming around his brown hair, featuring a wavy set of strands organically pulled back to form an impromptu ponytail, the former middle school teacher meticulously goes through a series of actions that ensures this 465-gallon batch of Golden One, the brewery’s top-selling beer, is up to standards.

Lively is precise and dialed-in, stopping only every so often to taste his products. He takes a swig, gently places it back down and continues what he calls his monotonous routine.

It’s this attention to detail, like the rubber boots he wears as a precaution in case the tank boils over, that jump-started a transformation from a young career in politics to one as president and brewmaster of a budding OKC brewery.

“It’s a little strange, for sure,” said Lively, incessantly twirling a wrench in his office. “Every once in a while, you get hit with that, where you’re like, ‘What? That’s weird, right?’ You didn’t think that would be where I end up.” 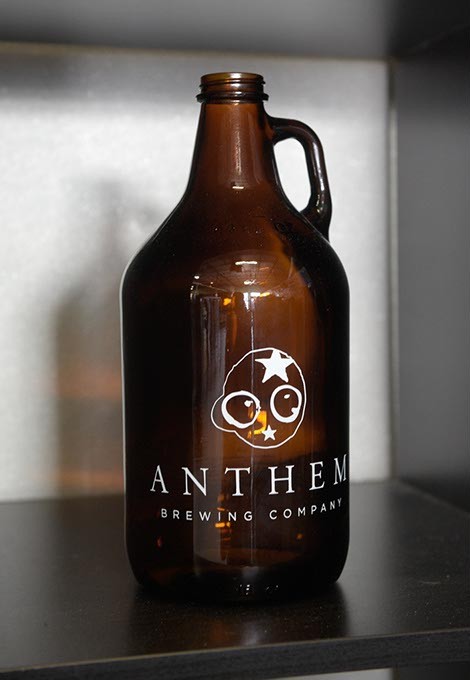 Lively, 33, grew up in Yukon and used his political science degree to run election campaigns. His love for beer grew during business travels, where his regional dabbles opened his eyes to a world he was captivated by.

That’s when his home brewing experiment started, a hobby-turned-profession he picked up in 2006.

“Early on, we didn’t really have a clue what we were doing,” he said.

With his hobby secured, Lively still searched for a profession, leaving the election circuit to become a middle school history teacher for a year.

By 2009, craft beer gained momentum in OKC with the opening of COOP Ale Works. Lively hung around the brewery more and more and eventually landed a job as a production manager.

“It really was like baptism by fire. If you didn’t know how to do it, you had to figure it out,” said Lively, who did everything — brewing, packaging, cleaning and working events — for COOP.

The base of Lively’s current knowledge bloomed there over four years before he quenched something bigger, even flirting with the idea of starting up his own place. 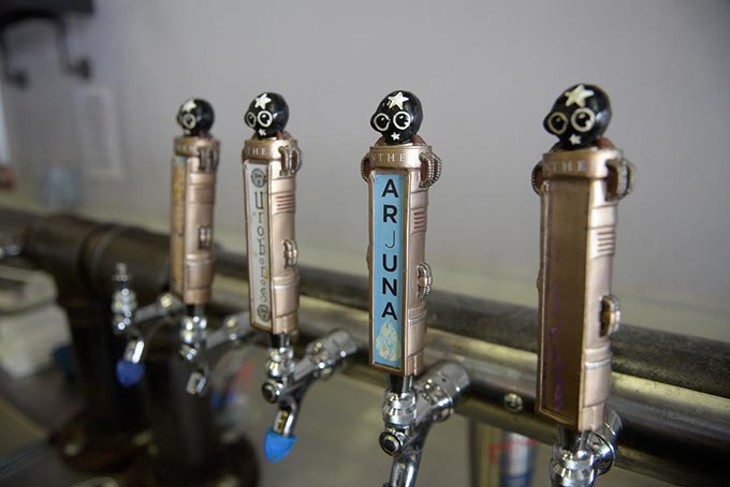 “We wouldn’t be where we’re at if he hadn’t come in,” Anthem taproom manager Ben Childers said.

“He’s motivated to change things and get something done. I don’t think he really wanted to come in and attach his name to something that wasn’t going to be successful.”

Lively capitalized on a market thirsty for beer. At the time, Oklahoma had just 10 craft breweries, a number that doubled by 2016, according to BrewersAssociation.org.

The secret? Brand expansion and consistency.

Since 2014, Lively and Childers said Anthem’s volume has increased by about three and a half times. The company recently started selling in Kansas and is close to entering the Arkansas market.

“Keeping a beer consistent and keeping the flavor consistent across multiple batches is actually more difficult than probably people think. That’s a strength [Lively] has for sure,” said Childers, referring to the painstaking recordkeeping and handling of large equipment.

Anthem produces four core beers under Lively in addition to the three Anthony developed — Golden One, Arjuna and Uroboros.

Making an easy-drinking IPA was among the first orders of business. Anthem then added OK Pils (a German-style pilsner), Ogletoberfest (a seasonal fall Vienna lager) and R’yed or D’IPA (a seasonal winter double IPA).

As a fan of “quality beer,” Lively contends he doesn’t have a specific palate. In fact, his taste buds change regularly.

Not surprisingly, he initially took a deep dive into IPAs as a home brewer. His tongue soon craved barrel-aged concoctions and sour beers, which are now among his favorite types to brew due to the fermentation process.

“Early on, when I got into craft brewing, lagers were kind of a no-no. That’s what the macro brands are making,” Lively said. “I think after a while, we were all just kind of like, ‘A really good lager is an awesome beer to drink.’”

OK Pils was one of the few ideas that made it from the think tank to the fermentation tank.

Lively said most of his ideas never materialize, but his forward-thinking brain has produced some good and memorably bad creations, like the time he tried to make a brown ale with pork belly for a barbecue twist.

The hits include a bourbon barrel-aged version of Ogletoberfest — Lively was fully prepared to dump it down the drain before later packaging it — and an Oyster stout combining chocolate notes with the briny mouth feel of oysters.

He will continue exploring different barrel-aged beers like a saison called Family Tree debuting this month. His fondness for gose helped produce a raspberry version of the sour beer. Lively also has five or six “special one-offs” for Anthem’s one-year taproom anniversary Aug. 26.

“We want to keep making beer people like to drink,” Lively said. “There’s always some iteration of ‘Good beer brings good people together’ or ‘Good people drink good beer.’ As much as we can sort of claim that, we’d like to think we’re doing the community right.”