Meet the candidates for OKC school board District 5 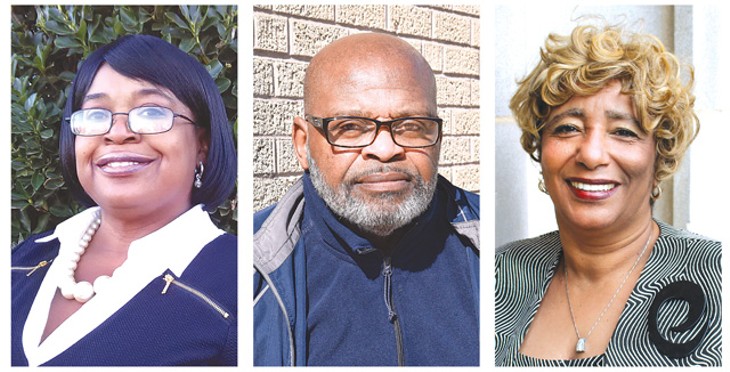 Returning to the classroom as a substitute teacher was the spark that set off retired educator Willie T. Kelley’s run for school board. Kelley witnessed what he described as chaotic environments in which students ran the classrooms and the teachers felt they had to manage student behavior issues by themselves.

“Students have all the rights, and teachers have no rights,” Kelley said. “Somehow, we’ve got to find a middle ground.”

Nichell Braddy-Garcia was motivated to seek a seat on the district’s eight-member board after her own frustrations related to district policies. Braddy-Garcia, who is also the PTA president of Martin Luther King Elementary School, explained she and others have encountered situations where they believed district policies stood in the way of getting answers about activity and incidents in their children’s schools.

“It has made it hard for parents to get answers,” Braddy-Garcia said. “Another concern I have is, Are our teachers happy? What are ways we can make them happy if we can’t increase pay?”

Both are now candidates for the District 5 seat on the Oklahoma City Public Schools Board of Education, challenging incumbent Ruth Veales. The election is Feb. 13. If no candidate receives a majority of the votes, the two top vote-getters will compete in a runoff election April 3. Oklahoma school board elections are nonpartisan.

Veales was first elected to the state’s largest school board in 2010. She is one of the longest-serving board members alongside Ron Millican, the District 7 representative. During her time on the local board, Veales has represented the district as a member of the National School Boards Association’s Council of Urban Boards of Education.

Veales’ third-term quest is linked to her desire for equity throughout the district. Over the past 12 months, Veales has led efforts to create an equity policy. Equity is key to providing the resources students need to be successful in school, she said.

“I truly believe this will be one of the tools that will change the trajectory of education in our schools for all students,” Veales said. “Through my leadership as the committee chair of The Student Experience and Equity Committee, we have been able to develop an equity policy, which was approved by the board on Nov. 13. Now, the work begins.”

The District 5 election is the district’s only race this February. Mark Mann, a local insurance agent, was the only candidate to file to represent northwest Oklahoma City neighborhoods in District 4. Mann was appointed to the position last spring after former representative Paula Lewis was elected to serve as board chair.

Millican, who has represented south Oklahoma City since 2010, is not seeking a third term. Jace Kirk, an assistant director of FaithWorks of the Inner City, was the only candidate to file. Kirk will participate in his first school board meeting, either special or regular, following the board’s Feb. 12 meeting. 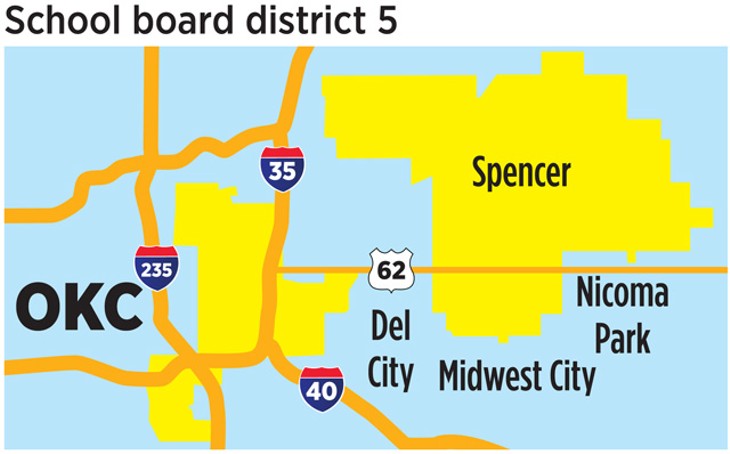 During his time as a teacher, counselor and coach in OKCPS, Kelley witnessed many difficult social issues affecting his students. He recalled a time when a Rogers Middle School student who was living with a cousin explained he had to transfer to a new school after his cousin was arrested. He had no place to live, Kelley said.

“Until we get past those problems, education doesn’t mean much to those kids,” he said. “Those are the kinds of things you deal with in the urban city. ‘I am worried where I am going to sleep tonight, not history, math or science.’ We need to get our schools stabilized with social workers and psychologists.”

Kelley said that some students’ social and emotional challenges could result in behavioral issues. While teachers need more support for how to handle such issues, the district also needs to expand its options in alternative schools, he said.

As the only candidate who is a district parent, Braddy-Garcia said she would bring the perspective of someone “living all the conditions, both good and bad, in our district” to the board.

“The greatest issue we have facing our schools is the A-F grading system,” Braddy-Garcia said. “I don’t remember what it was originally deemed to do, but it highlights the fact that 42 of 78 schools in the district are struggling.”

Braddy-Garcia pointed out that 42 of the district’s schools received an “F” grade from the A-F grading system from the Oklahoma State Department of Education in 2016. Grades were not released in 2017, as the state is implementing a new plan for school accountability where the components of the grades are expanded. If elected, Braddy-Garcia would devote her time to supporting children, teachers, principals and support staff. She wants to ensure children are not deprived of the education they want.

Veales explained one of the district’s greatest challenges is addressing the needs of students. She is confident that with the passage of the equity policy, the district will begin to practice resource equity.

School improvement initiatives must also be initiated from outside the district’s office, Veales said.

“We need strong partnerships and we need a strong community to come and join in to help the district,” Veales said. “We need to make sure we get resources, and resources are not always money. It can be volunteering in the schools. It is a partnership, and we need everyone at the table in order to make sure our children have the opportunity to get an education.”