Melissa McCarthy stumbles like a Boss in new film 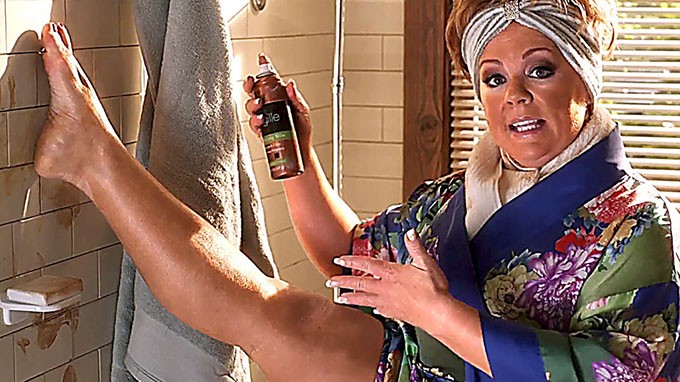 Melissa McCarthy deserves the skyrocketing fortunes that started with Bridesmaids, the 2011 Paul Feig film that finally broke her career-long streak of sidekick roles and christened McCarthy as big-screen comedy’s preeminent bull in a china shop. When mired in depressing, barely coherent comedies like The Boss, McCarthy cannot transcend the dog’s breakfast of flopped jokes, sloppy editing and dropped plot lines.

In that sense, there are no survivors in The Boss, because a squadron of dependable comedic talent gets massacred, including Kristen Schaal, Cecily Strong, Kathy Bates, Kristen Bell and a misused and abused Peter Dinklage. It is one of those rare, exhausting 99-minute comedies that feels as long as Superman vs. Batman.

A character created back in McCarthy’s days in The Groundlings, The Boss’ Michelle Darnell is a success huckster, a bombastic businesswoman filling arenas and dispensing vaguely insulting advise to the easily swayed.

Michelle’s Trumpian orange glow and omnipresent, seemingly adhesive turtlenecks make her an instantly recognizable trash-entrepreneurial icon, but after her rival/former paramour Renault (Dinklage) rats her out for insider trading, Michelle hits the skids.

Once she gets released from white-collar prison, the newly destitute Michelle must beg her former assistant Claire (Bell) for sofa space. What follows is Michelle’s narcissistic, abrasive quest for vindication, in which she enlists Claire and her daughter Rachel (Ella Anderson) in a thugged-out Girl Scout-style brownie sales scheme.

To its minor credit, most of the laughs in The Boss get generated by the Bad News Bears-style brownie crew, mainly because those centerpiece scenes get spared from co-writer/director Ben Falcone and editor Craig Alpert’s nearly unfailing ability to kill laughs with slipshod editing.

But as cowriter with husband Falcone and Steve Mallory, McCarthy is culpable for this hot mess. An entire storyline involving Bates gets dropped, only to serve as a completely out-of-nowhere deus ex machina in the third act, and not one character, including Michelle Darnell, gets fleshed out, and most are defined by a sole characteristic.

McCarthy is no puppet, but her greatest collaborations, notably with director Paul Feig and writer Katie Dippold, result in true ensembles: in Spy, there are roughly a dozen interesting characters revolving around McCarthy’s Agent Susan Cooper, and those strong supporting characters result in making McCarthy stand out even more. In The Boss, Michelle Darnell doesn’t interact with people as much as she happens to them.

Most distressingly, The Boss only achieves laughs when it shocks them out of the audience, like when McCarthy takes a painful-looking spill or during the film’s stylized, all-girl street brawl. It even recycles an early and successful shock gag toward the end, proving The Boss only will preside over bored rooms.