The celebration of downtown’s new 802-space parking garage demonstrates that pragmatic projects, while not as sexy as skyscrapers and streetcars, have an important place in the function of a city.

“We continually raise the standards for what we do,” said Mayor Mick Cornett last week at the grand opening of the Arts District Garage located south of City Hall between Hudson Avenue and Main Street. “We are raising the standards of the projects where the city is involved.”

The 10-story garage is lined with vertical glass panels drawing inspiration from the Federalist Deco style of the 1930s, said architect Anthony McDermid.

“We are going to find that every single day … you get a chance to see it means something different to us,” Ward 6 Councilwoman Meg Salyer said about the structure’s glass panels, talking about it as a piece of art.

The first floor of the facility includes 18,500 square feet of retail space where a medical clinic for city employees and a coffee shop are already planned. Built at a cost of $24.5 million, the Arts District Garage will be managed by Central Oklahoma Transportation and Parking Authority (COTPA) and is the first new building for the department in 20 years.

“Our goal was to have a garage that blended parking with office and retail in a highly pedestrian environment and also complemented the current architecture in the area,” COTPA director Jason Ferbrache said.

The transit system renamed itself Embark this summer and unveiled a new logo, advertising and promotional material around the new name. Embark received five first-place AdWheel Awards and the grand prize from the American Public Transportation Association for its marketing and communication efforts.

First place awards for Embark were given for its radio and television ads and its system map. 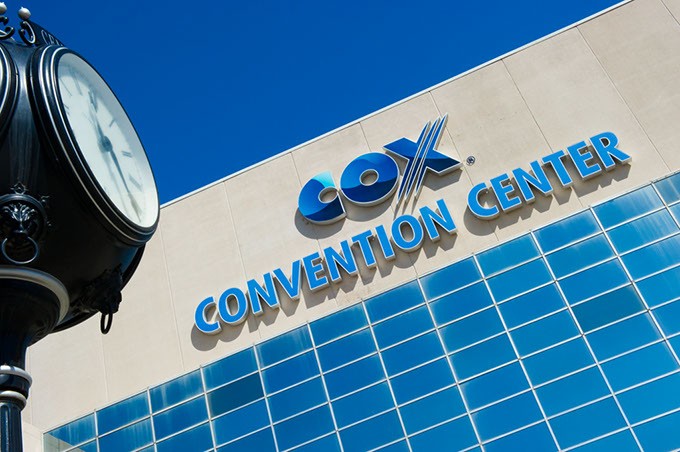 The least popular and most expensive MAPS 3 project will receive more funding after the Oklahoma City Council voted for an expanded version of a proposed convention center.

“I don’t know why this is the only project out of all of them that feels empowered (to ask for more money),” said Ward 4 Councilman Pete White, who joined Ward 2 Councilman Ed Shadid in voting against the larger convention center. “This was the lowest percentage of favorite on the (MAPS 3) ballot, yet it’s the one that we’re going to try and put more money in.”

The council voted to increase the price tag by $30 million, which actually replaces money that was taken out of the project budget a few years ago to pay for the relocation of an electrical substation. After it was determined that the substation would not need to be relocated, city staff recommended the $30 million be added back in.

An Oklahoma Gazette poll in 2009 found that just 26 percent of citizens support the convention center, the lowest favorability of all MAPS 3 projects, which also includes a whitewater facility, a downtown streetcar system and senior wellness centers.

“Based on the number of businesses we can call on right now with our current size, the expanded version increases that potential by 22 percent,” said Mike Carrier, president of the Oklahoma City Convention & Visitors Bureau.

He also believed it was unwise for the city to commit extra funds before a judgment is made on the price to acquire the land.

“It’s obvious that this council would agree to whatever,” White said, referring to the debate surrounding the convention center.

“Typical school districts have between 40 and 80 in their curriculum department, and we only had five,” said Aurora Lora, associate superintendent of student achievement and accountability.

Lora presented the new organizational chart to the school board last week and said each new employee came from the central office or outside the district.

“No teachers were removed from the classroom,” Lora said.

Lora was one of the first hires of new Superintendent Robert Neu this summer, and she spent the first few months of the school year interviewing principals, administrators and other workers involved in curriculum development.

Lora said the increased staff will also help the district decrease the money it spends on outside consultants.