The Greater Oklahoma City Chamber of Commerce and Oklahoma Film & Music Office have a few changes planned for this year’s South by Southwest (SXSW) festival in Austin, which begins Friday. 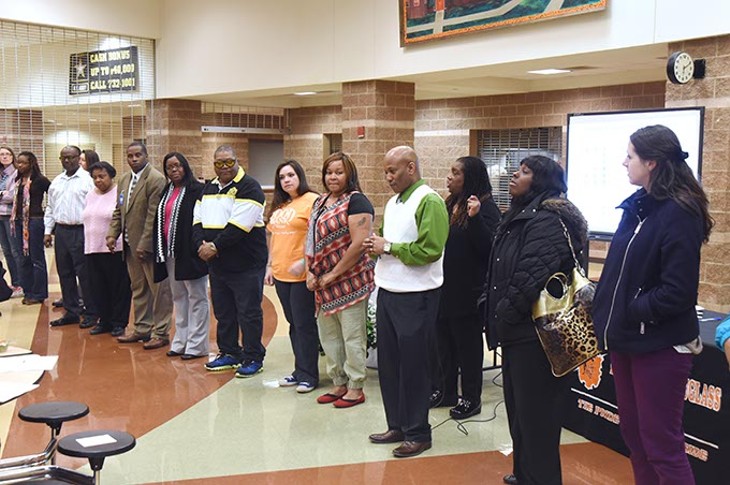 The Great Conversation, the community-wide series of public meetings designed to create goals for the Oklahoma City Public School District, held several meetings last week so that parents and other family members could provide input into the process that will create several benchmarks for the district.

“Our students have to read at their grade level or they are not going to succeed,” said Minnie Vickers, who has a granddaughter at Northwest Classen High School. “I think the school board is trying. I think they are trying to go to a different system.”

The Greater Oklahoma City Chamber of Commerce and Oklahoma Film & Music Office have a few changes planned for this year’s South by Southwest (SXSW) festival in Austin, which begins Friday.

“We are basically going in an idle mode for this year, in terms of continuing the Buffalo Lounge [events at SXSW],” said Tava Sofsky with the Film & Music Office. “I don’t think it is gone forever. There was so much time and so much money that went into that, we just had to look and reevaluate what we have taken away from that.”

In the past, Buffalo Lounge showcased musicians and filmmakers from the state at a central location during the festival. This year, the Film & Music Office will host a Sunday filmmaker reception in Austin in its effort to promote Oklahoma and its incentives in a more concentrated way.

“With this reception, we can still fill a space and not pay an arm and a leg and still tackle the things we want to get done,” Sofsky said.

The Greater Oklahoma City Chamber of Commerce also is hosting its own reception during SXSW, along with investing more in its exhibit hall booth.

“We are calling our booth Meet Oklahoma,” said Josh O’Brien with the chamber. “It will have giveaways and touch-screen monitors that will give information about Oklahoma film, music and interactive.”

Monday’s reception will be held at 616 Ranch in downtown Austin. Oklahomans in town who would like to attend can RSVP through email at meetoklahoma@gmail.com.

Billed as one of the world’s premier 21st-century conferences, SXSW offers groups from Oklahoma the chance to showcase the state to an entrepreneurial and tech-savvy audience. It runs Friday through March 22.

“It’s definitely a different demographic than we usually get in front of,” O’Brien said. 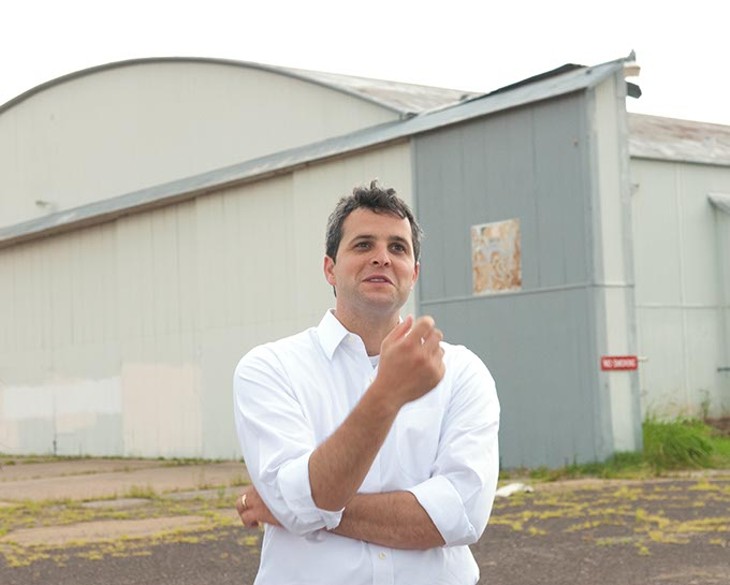 “We continue to move forward with our vision for Wheeler, and the Ferris wheel will make its first turn this summer,” said Blair Humphreys, a developer with The Humphreys Company. “We are excited to provide a new vantage point — from the south bank of the Oklahoma River — to view the ever-evolving Oklahoma City skyline.”

Humphrey’s group, the Wheeler District, was granted a permit by the city last week to create a public space between the Downtown Airpark and the Oklahoma River.

Oklahoma City is looking for a new spot for its new convention center.

“It became obvious to the city manager, the municipal counselor and me that purchasing this proposed MAPS 3 Convention Center site is not in the best interest of our residents and the MAPS program,” Mayor Mick Cornett said last week. “This [decision] protects the integrity of the MAPS program and shows our commitment to build every MAPS 3 project within budget while meeting or exceeding the expectations of our residents.”

In its statement, the city reported that the MAPS 3 budget includes $13 million for land acquisition; however, the property’s owners provided documents estimating its value at more than $100 million.

The $250 million convention center had been planned for a former car dealership site just west of Chesapeake Energy Arena and would have replaced the current Cox Business Services Convention Center.

City Manager Jim Couch said he was not prepared to speculate on a new location for the convention center.

8.15 miles. That’s how long a new multiuse trail will be connecting Lake Hefner with the Oklahoma River when it is completed in 2016.

Part of MAPS 3, the trail will run near Interstate 44 and provide a dedicated space for cyclists and pedestrians.

Engineers gave a presentation on the trail to the city council last week and said construction is expected to begin this fall. Construction also will include work on the 16th Street bridge over Interstate 44 and revisions to the Northwest Expressway and Meridian Avenue intersection to allow for more time to cross the busy thoroughfare.