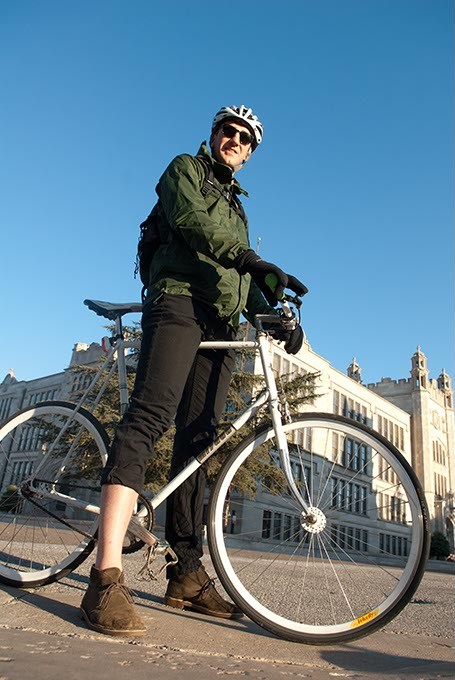 Cars are required by state law to maintain 3 feet of space from a bicycle. Ward 8 Councilman Pat Ryan wants the same rule to apply to cyclists.

Ryan has proposed an ordinance that has drawn criticism from the local cycling community, but as the Oklahoma City Council prepares to discuss it in the coming weeks, Ryan said an amendment has been made to insure cyclists are not restricted on where they can ride in an open road.

“We are not taking anything away from bicycles,” Ryan said. “They can ride down the middle of the road just like they can now. We are not changing that at all. You can ride anywhere you want to, as long as when you are passing or overtaking a car, you have to maintain 36 inches, just like a car does.”

Ryan believes the current law could hold a motorist responsible for a collision if a bike hits the car from behind or on the side.

“I had seen some bicycles closer than [three feet] to a car, and they came up behind the car, so the car had no choice in that,” Ryan said. “If the car had made a sudden stop and the bike hit him, who would be at fault? The car would. So, this [ordinance] would correct that.”

Essentially, Ryan’s proposed ordinance would hold a car or cyclist responsible for maintaining a 3-foot distance based on which vehicle is passing the other.

Eric Dryer authors the Bike OKC blog and said his post on the proposed ordinance last month received the highest page views of any post since he launched the site more than a year ago.

“I think its good that they are changing the part about having to ride to the far right,” Dryer said about Ryan’s proposed amendment. “I still think it’s a little hazy.”

Ryan said one of his goals was to prevent cyclists from passing stopped cars at an intersection, something Dryer said he hardly sees.

“I ride my bike every single day, and I don’t think I have ever seen anyone cut to the front of the line at a busy intersection downtown or anywhere … unless there is a bike lane,” Dryer said. “One question I have is what does it mean for a cyclist if they use a bike lane but still come within three feet of a car?”

The ordinance was expected to be introduced at Tuesday’s council meeting with a vote to follow later this month.

Bill Elliott with the Oklahoma Bicycle Society said the city has made progress in recent years when it comes to becoming a more bike-friendly city, and he doesn’t want to see new laws that reverse that progress.

“The wording of the proposed ordinance is very vague, and if you read it the right way … it may be that a car comes up and hits a bicyclist and the bicyclist is in the wrong,” Elliott told the council during Tuesday’s meeting.

Beyond the safety and legal implications, Dryer agrees that the proposed ordinance hurts the city’s reputation. His post was featured on the popular national site StreetsBlog.com on Tuesday, and he said there has been a lot of outcry from area cyclists.

“Even if this law doesn’t really do that much harm, it kind of sets the tone that it’s just a cyclist and its almost like they don’t really matter,” Dryer said.

Oklahoma City Public Schools is under investigation by the U.S. Department of Education concerning the ratio of minority students who receive in-school and out-of-school suspension. The complaint is one of three being reviewed by the Department of Education, and Superintendent Robert Neu has named it a critical issue of concern for the district.

“We need a person who can focus on that,” said Teri Bell, director of student support services. Bell said the district’s student services department, which would oversee suspension issues, was reduced from four staff members to two in 2001. 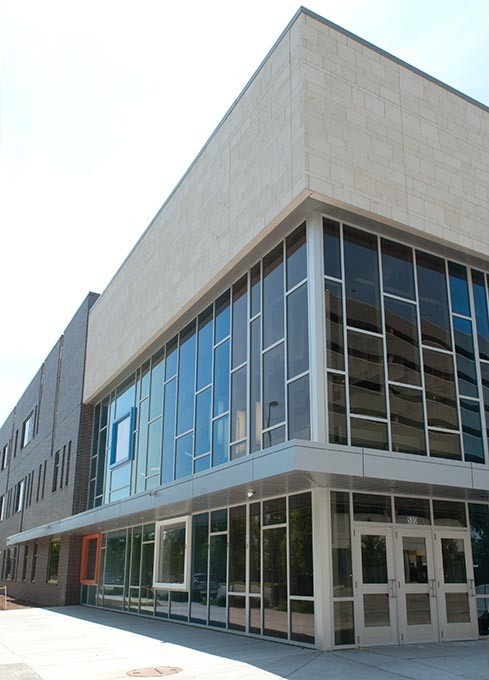 On Thursday, the Oklahoma District Council of the Urban Land Institute hosts its inaugural Impact Awards, highlighting developments and initiatives that have made a positive impact on the Oklahoma City metropolitan area.

Finalists for each of the six categories were selected from an open nomination by ULI members. Projects completed in the Oklahoma City metropolitan area within the last two years were eligible for nomination. Finalists for this year’s Impact Awards include Better Block OKC, The Bleu Garten, John Rex Charter Elementary School and several other projects.

“When we established ULI Oklahoma in 2007, our goal was to promote best practices in land use and enhance the quality of development throughout the state,” said Blair Humphreys, ULI Oklahoma chair. “Over the past few years, Oklahoma City has seen considerable new development, and we believe the time is right to begin honoring projects, both large and small, that exhibit a quality of thought and execution that change our communities for the better. It is an opportunity for us all to celebrate the potential of planning and development to shape places that enhance quality of life while establishing the mark for future projects that aim to have a positive impact.”

Visit okgazette.com and pick up next week’s issue of Oklahoma Gazette for a report from the awards ceremony.

Last week, the mayor’s staff and Councilman Pete White met with representatives of the Eastern Flyer railroad line that seeks to connect Tulsa with Oklahoma City later this year. The initial line falls short of downtown OKC, and city officials have expressed an interest in helping find a route to downtown.

“This is a great example of a private-public partnership,” said OKC City Manager Jim Couch about renovations at Taft Stadium.

The city council also heard a presentation last week on renovation projects at Speegle Stadium in Capitol Hill and Taft Stadium in northeast OKC. Renovations are expected to be complete this spring, including at Taft, which will see new seating, restrooms, concessions and an artificial field.

Taft Stadium will become the new home of OKC Energy FC, the soccer team launched last year. Energy FC also provided some of the funding for the Taft renovations.

24. That’s the number of years Jack Cornett served on the OKC council from 1977 to 2001, becoming the city’s longest tenured council member. Cornett passed away last week at the age of 89.