Dozens of bike racks and a few bike repair stations are coming to many of the city’s most popular urban districts. 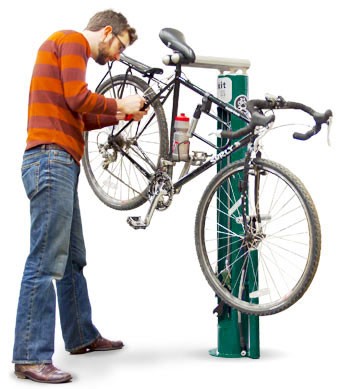 Dozens of bike racks and a few bike repair stations are coming to many of the city’s most popular urban districts. The additions give cyclists places to air up tires and perform maintenance.

The racks and stations will cost nearly $40,000. Most funding comes from an Association of Central Oklahoma Governments (AGOC) grant and $7,000 from local business districts.

“The bike racks that we have are about 10 years old, so this will allow us to replace some broken ones and have more places for bike parking,” said Kristen Vails, executive director of the Plaza District Association, which will get new racks and a repair station. “We are really excited about the bike repair station.”

Repair stations also will be located in Deep Deuce. Each station includes an air pump, a bike hanger and tools for basic upkeep, such as brake adjustments and flat repairs.

“We definitely want to encourage walkability and bike riding … and also have a place where they can lock their bike up,” said Paseo Arts Association Executive Director Amanda Bleakley.

The ACOG grant mentioned above also helps fund new crosswalks at Eugene Elementary School and pedestrian signage at Hayes Elementary School. The city kicked in $1,300 for the school projects.

The Oklahoma City Council approved an agreement with ACOG and the business districts during last week’s meeting. Work should begin shortly.

“I’ve lived here 23 years, and we are definitely becoming more pedestrian and bike-friendly all the way around,” Bleakley said. “This is another step in that.” 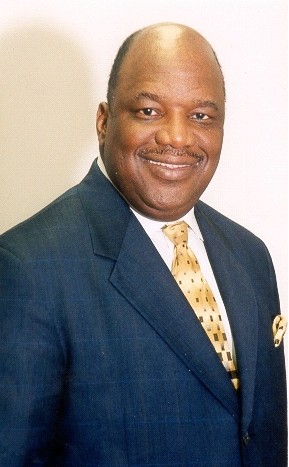 Ward 2 Councilman Ed Shadid might have two challengers to his March reelection bid. Activist and professor James Cooper recently announced his plan to run, and Major Lewis Jemison, a pastor at St. John Missionary Baptist Church in OKC, has filed a campaign finance report with the city for the Ward 2 race.

Bob Waldrop, a 21-year OKC resident, is using his blog to promote himself while he considers a run at city council.

“While many have prospered, others have been left behind,” Waldrop wrote on his website about his interest in running for the Ward 6 seat. “The plunge in oil prices may have serious negative economic impacts on the community. Our streets are not as safe as they should and can be. This City continues to have a problem misallocation of resources.”

Waldrop advocates for social rights and environmental sustainability, and he established the Oscar Romero Catholic Worker House and other organizations to help provide food to those in need. He also wrote a book about permaculture lifestyle.

If he runs, Waldrop’s opponent would be Meg Salyer, who joined the council in 2008 and has announced her plan to seek reelection in March. Salyer is well connected in the city’s business and downtown community, and Waldrop admits she would be a tough opponent.

“There is no way that I can outspend my opposition,” Waldrop wrote on his website. “But I am betting that I can out-organize them.”

Ward 6 includes downtown and midtown neighborhoods south of 23rd Street, as well as a large portion of south OKC and parts of Capitol Hill.

OKC council meetings are back to a weekly schedule, 8:30 a.m. each Tuesday. The council met every other week during its summer schedule, which will resume after the June 23 meeting.

“People really felt empowered by the process. They see how they really impacted public policy. It was wonderful to witness.”