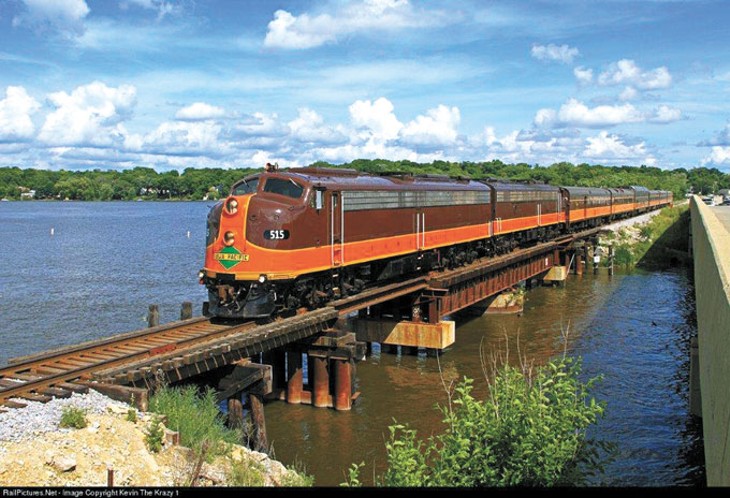 A privately operated passenger rail line between the Tulsa and Oklahoma City metros will begin in the spring, and OKC city officials have expressed a desire to see the train reach downtown.

The current route map will see the Eastern Flyer terminate at 10th Street and Sooner Road, with buses transporting passengers to a location in downtown. However, Ward 4 Councilman Pete White said last month he said he wants to see the line extended to Bricktown or downtown OKC.

“It may work alright [as it is], but I think it will be a deterrent to a long-term [success] to not have it reach downtown,” White said. “There are solutions on this end to at least bring the train into Bricktown.”

City Manager Jim Couch said a meeting will be held with the owners of the new rail line to discuss options for bringing the line into downtown. 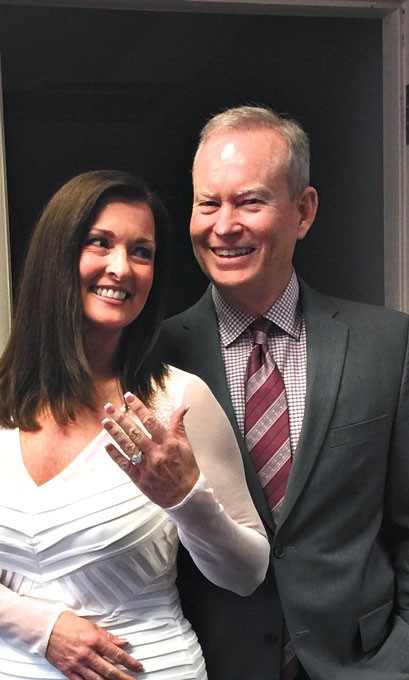 OKC has a new first lady.

Mayor Mick Cornett, 56, and Terri Walker, 55, were married last month in Tulsa, where Walker works as a sales manager for KTUL. City Hall said that Walker plans to relocate here in the next few weeks.

Mick and Terri first met on a blind date in Tulsa. The date was arranged by Cindy Morrison, who anchored with Cornett at KOCO in the 1990s. Morrison later moved to Tulsa’s KTUL, where she met Terri. 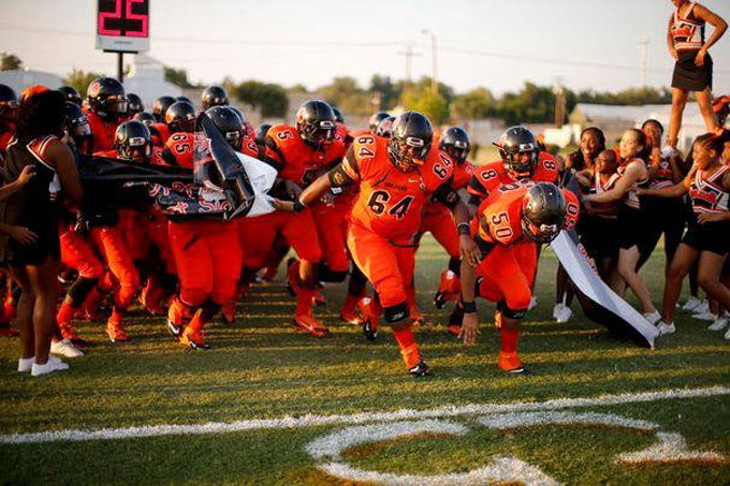 Politicians and ministers held a press conference last week to express outrage over the way the city’s urban schools have been unfairly treated.

Their complaints weren’t focused on inequalities that exist in school facilities, teacher pay or school funding when compared to more affluent school districts.

Rather, the criticism was over a bad call during a football playoff game.

“This is about an organization of adults that has taken something away from a group of Oklahoma children,” State Sen. Anastasia Pittman, D-Oklahoma City, said at last week’s press conference, not speaking about the state Legislature’s decision to cut over $200 million from the education budget over the last few years but instead about a Douglass High School touchdown that was disallowed due to a bad call. It cost the team a win and the opportunity to advance in state playoffs.

“As a school system, we should place more value on academics than we do sports,” said Amber England, executive director of the Oklahoma chapter of Stand for Children, an organization that advocates for students and seeks to develop community support for schools. “There’s something to the fact that people get upset about a football game but don’t show up to a PTA meeting.”

England said students in urban districts understand the way their schools might be shortchanged compared to those schools in more affluent neighborhoods. She also said the outcry over a football game, while possibly justified, also sends a message.

“There are a lot more important reasons to be upset,” England said.

To say Oklahoma educators and parents haven’t been vocal in their frustration with education funding and leadership would be inaccurate. Over 25,000 teachers gathered at the state capitol this year to protest the state’s education funding cuts. The rally was one that the OKC Public School District did not allow its teachers to officially participate in, but there were many OKC teachers on hand.

While England said the Douglass football game debate is an example of how sports can appear to take precedence over academic performance, she believes the focus here is already shifting.

“It’s a conversation we should be having, and I think we are starting to have that conversation in [OKC],” England said.

The school district launched its Great Conversation last month, which includes a series of meetings over the next several months between community and business leaders to discuss ways to improve academic performance in the OKC school system. Pittman acknowledged that the attention on a football game might cause some to believe school priorities are misassigned.

“We’ve been at the forefront of education, and we don’t want to devalue education by making a ruckus about a football game,” Pittman said, admitting she has heard some complaints that too much of a focus is being placed on sports. “But this is an issue that is important to my constituents.”

Pittman has advocated for higher teacher pay, college tuition assistance and other issues related to inside the classroom. “This [football issue] has received high volumes of attention, not just because of constituent calls,” Pittman said. “This thing began to snowball over the weekend; I was inundated with instant messaging, text messaging, phone calls. However, when we have other education issues, we don’t always have the community support because they are not aware of it.”

The Oklahoma Secondary School Activities Association (OSSAA) denied the district’s request to replay the game, but a judge said it review the case this week following a lawsuit filed by the school district.

Following last week’s OSSAA board meeting, Brandon Carey, attorney for the OKC school district, said the district’s appeal was on behalf of the Douglass students.

21. That’s how many airports Will Rogers World Airport will offer nonstop service to in 2015 with the launch of daily flights to Seattle via Alaska Airlines.

“This is a very exciting announcement for the Oklahoma City market,” says Mark Kranenburg, director of airports. “Alaska Airlines has been high on our list of targeted airlines for several years.

“There is a right way and wrong way to teach about the Bible and other religious texts in public schools. The Hobby Lobby curriculum is an example of the wrong way.”

That was the statement from Ayesha N. Khan, legal director for Americans United for Separation of Church and State (AUSCS), who praised the Mustang school district for its decision to drop a Bible course at its high school. Earlier this year, Steve Green, president of OKC-based Hobby Lobby, was successful in getting approval from Mustang to pilot a Bible course he developed. At previous events, Green expressed his desire to spread the message of Christianity through public schools.

The Mustang course evoked criticism from several organizations, including the American Civil Liberties Union and AUSCS. Mustang officials announced last month they will not offer the Bible course and have no future plans to do so. (See related story on P. 12.)