“We try to use all the nooks and crannies to where, if you’re going around, there’s no one stage that’s so far from another one,” Booker said. 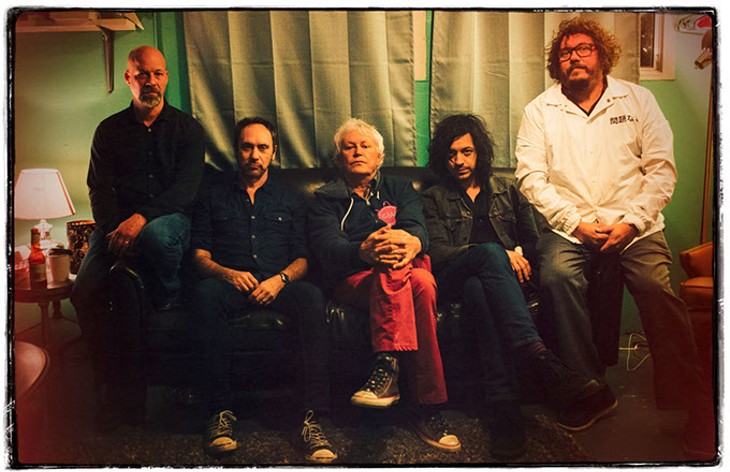 The eighth annual Metro Music Fest gives music fans a chance to check out The Criterion, one of downtown’s newest music and performance venue, with a free concert featuring headliner Guided By Voices.

The Criterion, 500 E. Sheridan Ave., has been open for more than a year, and many locals have caught shows in the 3,500-4,000-capacity music hall. But many others still aren’t used to the idea of going to shows in the downtown area.

Booker said while planning this year’s Metro Music Fest, which is hosted by the music school, he immediately thought of adding The Criterion to its list of stages because of a great relationship ACM@UCO has formed with Levelland Productions, the venue’s parent company.

“In the back of my head, I’m also thinking, ‘OK, maybe this can get some of the people who haven’t seen The Criterion to go and check it out,’” Booker said.

Guided By Voices, the prolific Ohio indie rock act is scheduled to release August by Cake — its 100th studio album — April 7, one day before the OKC show. The band performs 10:30 p.m. April 8.

Levelland Productions chief operating officer Scott Marsh said in an email statement to Oklahoma Gazette that it is an honor to be involved with both ACM@UCO and Metro Music Fest.

“Scott Booker has been a bastion of the Oklahoma music scene, and the continued growth of the school and festival are a testament to all of his work,” he said.

While Metro Music Fest is closely associated with the Bricktown area, Booker said he sees the event more as a citywide festival that just happens to be situated around downtown. Adding other, more distant venues could be a possibility in the future, but ACM recognizes the advantages of a centralized music hub.

“We try to use all the nooks and crannies to where, if you’re going around, there’s no one stage that’s so far from another one,” Booker said.

The festival began as a student showcase format that best fit the properties of a contemporary music school. Booker said the event is still primarily focused on helping and providing experience to ACM@UCO students, from stage, sound and lighting management to performing on the event’s bill.

Even the decision to include national acts is one the school made to help its students. National names draw larger crowds, and providing students with opportunities to say they performed in a festival with a respected and recognized brand is a good resume boost.

ACM@UCO remains committed to its diverse program offerings and student base. Booker said his goal for Metro Music Fest is to reflect that diversity.

“We programmed it so that if you’re just a middle-of-the-road music fan, there’s some stages you’ll walk by and be like, ‘Oh, this will be fun to check out,’” he said. “And there’s stages where you’re passionate about EDM or if you’re an indie rock person or a hip-hop person, you’re going to be very excited about something for that, too.”