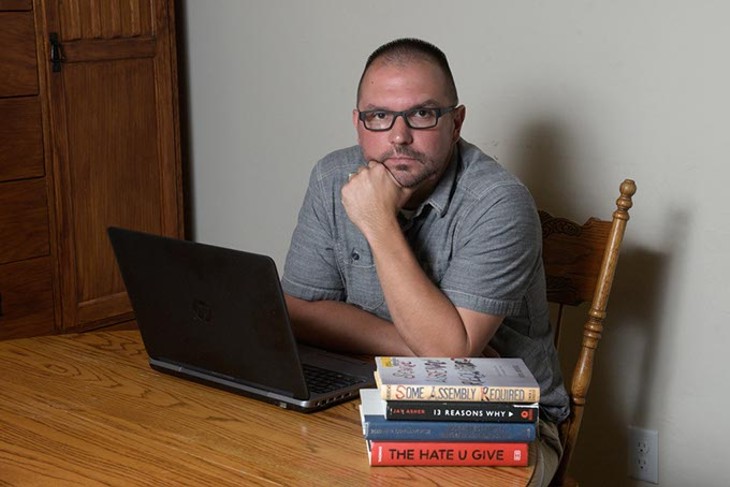 Lisa Delcol had a daughter for 14 years. Then she didn’t.

That’s where her journey began as a parent of a transgender child. Like all parents, Delcol wanted what was best for her child, for them to be happy and experience success. Weeks before her teenager began freshman year at Oklahoma City’s Harding Charter Preparatory High School, Delcol arranged a meeting between her family and the school’s principal and guidance counselor.

The transition to high school can be nerve-racking for teens, with the fear of anonymity, unfamiliar surroundings and heightened classroom expectations. With the added complexities of transitioning, Delcol wanted to ensure her child would be accepted and made to feel safe by staff. After the meeting, Delcol was confident in the school’s leaders, who were receptive to suggestions and learning more about educating transgender students. When school began, her teenager was welcomed by teachers and staff at the charter school authorized by Oklahoma City Public Schools (OKCPS).

“By and large, the teachers have been very respectful and they’ve made the effort,” Delcol said. “It’s been huge.”

As a member of the Oklahoma City chapter of Parents and Friends of Lesbians and Gays (PFLAG), Delcol knows not all LGBTQ students always have similar positive experiences.

“I hear stories about kids at other schools who are not welcomed,” said Delcol, who mentioned stories of verbal harassment and bullying. “I heard from a parent that said their family was considering leaving the state.”

With recent actions taken by OKCPS’ Board of Education, however, hopes are rising that local schools will foster environments that respect and protect the rights of LGBTQ youth.

In the United States, students are protected from discrimination in areas of race, color, national origin, sex, disability and age. During the Obama administration, there were endeavors to provide LGBTQ protections, like the policy directives supporting bathroom-access accommodations for transgender students. The Trump administration has withdrawn those protections.

There are not federal laws requiring the nation’s public schools to ban discrimination based on sexual orientation or gender identity. Oklahoma is one of 29 states with no laws protecting LGBTQ students, according to an analyst for Boulder, Colorado-based Movement Advancement Project.

In Oklahoma, it’s up to local school boards whether or not to add protections into their policies and practices.

In January, OKCPS’ Board of Education approved changes to its nondiscrimination policy that included the addition of sexual orientation and gender identity or expression to its list of protected bases. The policy change went largely unnoticed by the general public until a June resolution affirming the support of all LGBTQ students and staff was approved unanimously.

Troy Stevenson, executive director of Freedom Oklahoma, the state’s LGBTQ advocacy organization, said the resolution sets the district’s tone and sends a clear message to all.

“Not only does this send a message to LGBT students that they are accepted in their own school environment, but it also builds acceptance among other students,” he said.

At first, Baker told students not to say it. After realizing his students thought he was upset by the word “gay,” Baker explained the phrase could be hurtful to fellow students.

“The problem is the way you are using the word,” Baker said to his Del Crest Middle School students in Del City. “‘Gay’ is not a bad word; it is okay to be gay. It is acceptable at this school.”

Based on his district’s nondiscrimination policy, Baker felt confident in his explanation. Updated in 2015, Midwest City-Del City Schools’ policy bans discrimination based on sexual orientation and gender expression or identity.

As an active blogger about education issues surrounding social justice, Baker set out to research other public school district policies. Visiting websites of Oklahoma’s 100 largest districts, he found 22 include some form of LGBTQ protection. He published his findings on his blog Spoon Vision in May.

Baker urges districts to update their policies. Without such protections, he said, LGBTQ students and staff are made vulnerable to isolation, exclusion and marginalization that can make them unsafe or feel unwelcome at their schools.

“When I say safety for all, I mean for all students, including those left out of the mainstream idea of what an American student should look like,” he said.

While there might be no federal or state laws that expressly protect LGBTQ students from discrimination, there are other legal recourses, said American Civil Liberties Union of Oklahoma’s legal director Brady Henderson.

Under the state constitution, which guarantees the right to an education, Henderson believes that LGBTQ students could rightfully argue that bullying, exclusion and discrimination they experience at school interferes with their right to an education. Additionally, he said other legal options, like federal constitutional claims such as those alleging a violation of the Equal Protection Clause, are available.

Currently, legal efforts based on LGBTQ equality in schools, especially regarding transgender students and staff, are playing out in courts and earning national discussion, Henderson said.

“This is something, in my opinion, that has really not hit the courts yet in Oklahoma,” he said. “I think ‘yet’ is the critical word in the equation because it is only a matter of time.”

In Oklahoma, where many LGBTQ community members are still at risk of being denied services or confronted with discrimination in areas of employment and housing, Delcol said more than public school policy needs to change.

At Freedom Oklahoma, where advocates have worked closely with local leaders to pass LGBTQ protections, Stevenson said the key is talking to elected officials.

“It is important to engage those school districts,” he said. “It is much more impactful when a student or a parent talks to a school board member.”