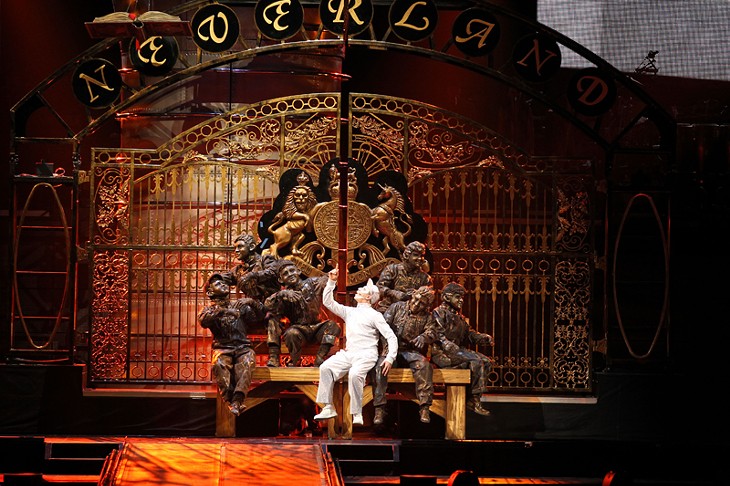 Cirque de Soleil is known the world over for its lavish, over-the-top showmanship. Cirque productions fuse elements of a traditional circus, special effects and some of the most gifted human beings on the planet to make every production a singular experience.

While there are moments in every show that feature the limits of high-tech wizardry that Cirque is known for, at the core what is breathtaking about its shows are the raw, almost unbelievable talent of the performers. With its latest offering, Michael Jackson Immortal World Tour, there are no exceptions.

The men and women of Cirque de Soleil tackle one of the greatest showmen on earth, and they do him great justice.

There is one moment in every Cirque de Soleil show that moves viewers to tears.

That moment is not the same for every audience member, but it’s more consistent than one might think. It’s palpable, the energy of an audience holding its breath. For all the high-tech gadgetry — which can’t be dismissed — that moment is defined by watching a performer stretch the limits of belief. These artists move in such a way it inspires a visceral reaction. You are watching a body at its essence as a beautiful, efficient machine.

For all the lights and special effects and music, it’s the jaw-dropping abilities of these performers that make it unique.

This show is true to form, and that particular moment comes midway through the first act, when the mime becomes imbued with the spirit of Jackson himself, and performs a stunning solo dance number. His movements are so precise as to be almost robotic, but graceful and fluid. There could be a dozen other things going on stage and you wouldn’t notice. 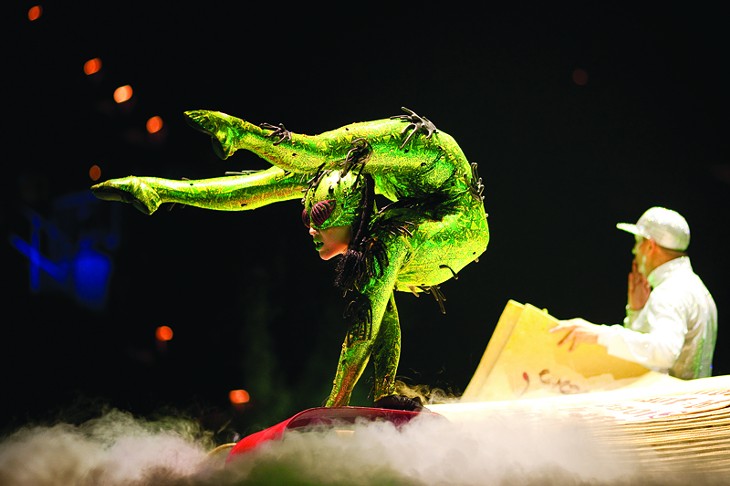 The mime, in his shimmering white, captivates. There are several more numbers that are flashier and far more complicated, but this one lingers. It’s followed by a mesmerizing aerial hoop routine by three dancers dressed only in lights. It’s a break from the somewhat frantic pace of the rest of the show, and one of its high points.

This show is Jackson to the hilt – a worthy tribute to the man once crowned The King of Pop. It is all of the glamor and glitter that was his trademark, with all of the flair for dramatic effect. The more nonsensical elements that are typical of Cirque de Soleil work well with some of the more baffling aspects of Jackson’s life.

For instance, Bubbles the chimp shows up for a few numbers, and has some great moves. Jackson’s mission of love and acceptance and his reverence for all things related to childhood are the pervasive themes of the performance. They are well intentioned, but there are moments that are a little creepy. The bronze statues of children come to life is one. The huge video montage of a tiny Jackson performing love songs is another. For the most part, however, the show deftly navigates the territory between man and myth, erring on the side of myth. It’s not a documentary or a tell-all confessional. It’s a celebration, and it’s appropriately vibrant. The primary difference between this and other Cirque de Soleil productions is that there is not a distinct narrative.

There is a loose plot that follows the mime on his journey through Jackson’s career. The performance is thereby free to jump from one subject to the next, and does it with effortless grace. It’s fun to try to guess what hit will come next, but rest assured, the show tackles them all. There’s “Billy Jean” in a sexy, sultry nightclub scene complete with a dozen MJ lookalikes doing the signature lean. The mob of mummies in the updated “Thriller” number are particularly inspired, especially if one expects zombies. It’s a lot of fun packed into almost two hours. Rather than tell the story of his life, it’s more of a “greatest hits” show with a bit of eulogizing along the way. The synergy of the music and the dance is absolute spectacle, and serves to further mythologize the man, his life, and ultimately, his music.