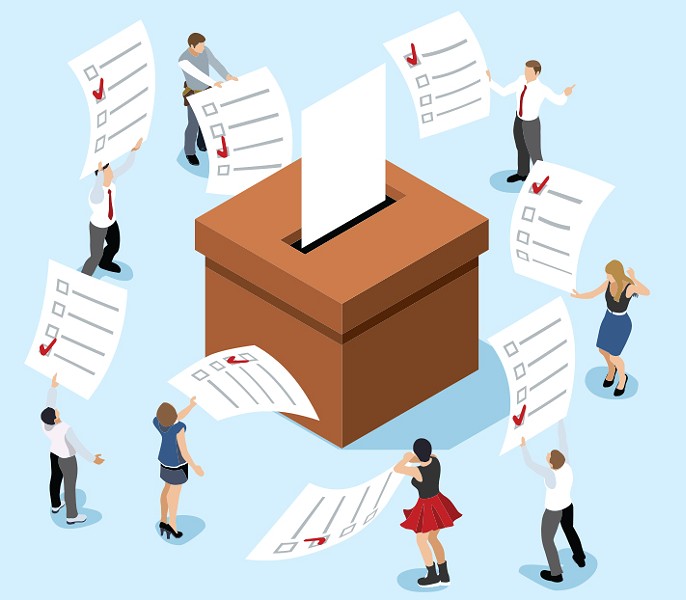 State Question No. 794
This measure amends the provision of the Oklahoma Constitution that guarantees certain rights for crime victims. These rights would now be protected in a manner equal to the defendant’s rights. The measure would also make changes to victims’ rights, including: (1) expanding the court proceedings at which a victim has the right to be heard; (2) adding a right to reasonable protection; (3) adding a right to proceedings free from unreasonable delay; (4) adding a right to talk with the prosecutor; and (5) allowing victims to refuse interview requests from the defendant’s attorney without a subpoena. The Oklahoma Constitution currently grants victims’ rights to crime victims and their family members. This measure would instead grant these rights to crime victims and those directly harmed by the crime. Victims would no longer have a constitutional right to know the defendant’s location following arrest, during prosecution, and while sentenced to confinement or probation, but would have the right to be notified of the defendant’s release or escape from custody. Under this measure, victims would have these rights in both adult and juvenile proceedings. Victims would be able to assert these rights in court and the court would be required to act promptly.

State Question No. 800
This measure would add a provision to the Oklahoma Constitution creating a new trust fund. This fund would consist of (i) legislative appropriations, (ii) deposits from other sources, and (iii) investment income. Beginning July 1, 2020, 5 percent of revenues from the gross production tax on oil and gas will be deposited into the fund as well. The percentage of gross production tax revenues deposited into the fund will then increase by 0.2 percent per year. Monies in the fund will be invested by the state treasurer. The fund is exempt from constitutional restrictions on the state owning stock. The state treasurer is required to make prudent investment decisions and diversify the fund’s investments to minimize risk. After July 1, 2020, 4 percent of the fund’s principal will be deposited each year into the state’s general revenue fund. Principal will be calculated by using an average of the fund’s annual principal for the five years before the deposit. No more than 5 percent of the fund may be used to pay interest on bonds issued by the state or local governments. The fund will be called the Oklahoma Vision Fund.

State Question No. 801
This measure would provide a means for voters to allow school districts to expand the permissible uses of ad valorem tax revenues to include school operations. The Oklahoma Constitution limits the rate of ad valorem taxation. However, it permits voters in a school district to approve an increase of up to five mills ($5 per $1,000 of the assessed value of taxable property) over this limit for the purpose of raising money for a school district building fund. Currently, monies from this building fund may only be used to build, repair, or remodel school buildings and purchase furniture. This measure would amend the Constitution to permit voters to approve such a tax to be used for school operations deemed necessary by the school district, in addition to the purposes listed above.