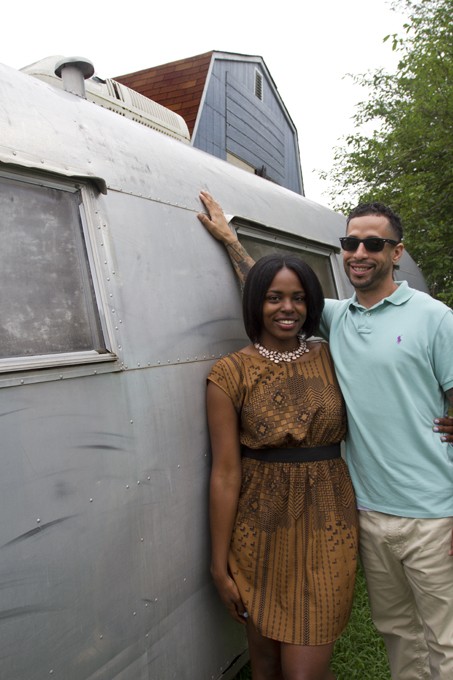 Vanessa Morrison, one half of an Oklahoma City couple attempting to provide a barbershop space to everyone, believes a barbershop is more than somewhere to get your hair cut.

“It is a safe, public space where fellowship is welcomed with little to no limitations,” she said.

The Mobile Barbershop is the brainchild of Morrison and Bruce Waight Sr. It will be a full-service barbershop that travels from location to location year-round. It will operate out of a self-sustaining 26-foot 1960 Airstream Land Yacht. The unit accommodates three barber chairs and runs on a generator.

Waight plans to use the mobile barbershop to bring the space to clientele who might not have access to it otherwise, such as the elderly, physically disabled, institutionalized youth currently in foster care and college students living on campus.

“For me, it’s just a positive space for people to express themselves, to be comfortable, for mentorship to happen. I think it’s just a good space for positive things,” Waight said.

This aspect goes hand in hand with the grooming side of what the barbershop provides, giving a fully rewarding experience to the client, he said.

The initiative will be community-based, meaning it will not just be a barbershop but a space in the community where people can have important social interactions that they might not have access to otherwise, Morrison said.

“Coming from a low-income neighborhood, we didn’t have a gym. We didn’t have a park. We didn’t have things like that around, and that doesn’t mean we don’t deserve the same quality of life as everyone who does have access to those things,” she said. “So instead of waiting for a developer to come in or a property owner to revitalize their unit, why not bring that to [the community]? We do that with food and everything else, so this should be something that should be accessible to everyone that wants to be a part of it.”

The barbershop creates many benefits for the community, including important and open dialogue about social issues and mentorship. A barbershop is a place where generations can learn from one another, where social entrepreneurship is promoted and you can simply catch up with friends, Morrison said. Therefore, Morrison and Waight believe it is important for people to have this experience.

Waight said it is this unique social and cultural experience that differentiates smaller, privately owned barbershops from the bigger chains such as ProCuts.

“There’s a big difference between a chain and a family-owned or a local business,” Waight said. “It’s like a restaurant. I think it’s just more care that comes out of the service. There is more of a relationship that’s built with the client, and I think that is the biggest difference.”

Morrison said that she and Waight also hope to add basic healthcare screenings to the list of services The Mobile Barbershop provides. She said this is due to the close relationship regular clients will often form with their barber.

“A lot times, people will trust their barber before they trust a doctor or anybody else.” she said. “We want to do health screenings like checking blood pressure, screening for diabetes and things like that.”

Morrison said that they are exploring opportunities for expansion, should the initiative turn out to be a success. A recent partnership with The Homeless Alliance will allow the initiative to provide the homeless population within the alliance’s program its services twice a month for free. Morrison said she has had previous conversations about the possibility of the truck appearing and offering services at bigger events such as H&8th Night Market. 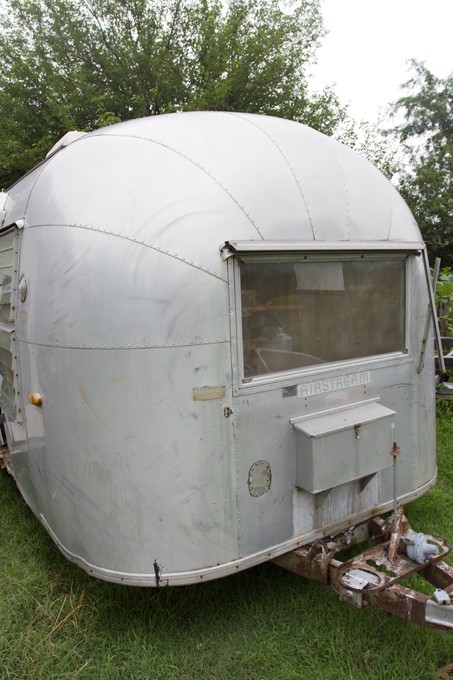 A launch party for the initiative was held on the rooftop of Allied Arts in OKC on June 29th. The event featured live music by Nita Fruit as well as a silent auction of local art.

Waight and Morrison first met at an event on the Oklahoma City Museum of Art’s rooftop. Originally from San Antonio, Waight moved to OKC around 2001 and has been a barber in the metro for about four years. Morrison is currently a graduate student at the University of Oklahoma College of Architecture in the regional and city planning program.

Morrison said that the initial spark for The Mobile Barbershop came after the couple witnessed a mobile barbershop while they were visiting family members in Nassau, Bahamas.

Morrison and Waight began to consider possible ways to create such a service in Oklahoma. A concrete idea did not come to fruition until one of Waight’s regular customers became ill.

“He got really sick and had some heart complications and ended up having to stay in the hospital for a couple of months. So Bruce would go visit him and do little grooming things for him while he was in the hospital,” Morrison said.

After doing this for a while and helping some of Waight’s regulars in similar situations, he and Morrison decided that it was time to put their idea for a mobile barbering service into action last summer.

At the time, such a service was not legal in the state.

Until recently, mobile barbershops were not permitted to operate in Oklahoma, but new legislation will allow such barbering services to exist within the state with certain provisions: the service must be self-sustaining (meaning it will require a generator), it must provide a schedule of when and where it will operate and it is prohibited from using certain chemicals, meaning that hair dying services will not be allowed.

For those interested in helping the initiative, a GoFundMe page has been set up. Visit gofundme.com and search for The Mobile Barbershop.

Print headline: Mobile shears, A metro-area couple is working on a barbershop that provides the sanctity of the barbershop space to those who cannot access one on their own.