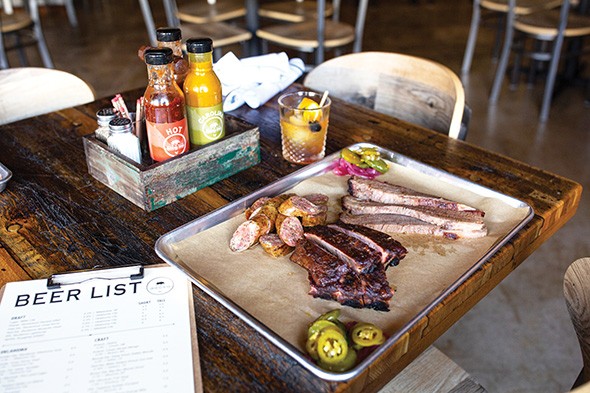 After opening in early July, The Smoking Boar is well on its way to changing expectations about barbecue restaurants.

The ambitious concept first started with a complete renovation of the 2925 W. Britton Road location that formerly housed Mamaveca Mexican and Peruvian Restaurant. The ceiling was raised and new flooring was put in; next up was overhauling a menu.

“Barbecue traditionally is a bunch of guys get together and make six pounds of meat and eat,” said operating partner Jason Johnson. “That’s what I like to do, but how do we make it more approachable for other people? Why can’t we have a good bar program and serve wine that’s not in a can? I love those places, but we don’t need to have license plates on the walls.”

The Smoking Boar is an idea from ICM Concepts, and its co-founders Johnson and Alex Hammill are making a play that it is the first restaurant for what will become the region’s next restaurant group.

Its first move from a culinary perspective was to install Jim Camp as ICM Concepts’ culinary director and hire Boo Hee Newman away from Cheever’s Cafe to be The Smoking Boar’s executive chef. Nikki Pastorello also joined the team from Cheever’s Cafe.

“Boo is fantastic, and she’s great at smoking. So putting her ideas with Jim’s background has led to some great ideas and progressive dishes,” Johnson said. “We’re three weeks in and already thinking about other fun things on the menu.”

Using Oklahoma-grown pecan wood, The Smoking Boar’s top sellers on the menu after its first month are neck and neck between 15-hour smoked brisket and pork ribs. Pulled 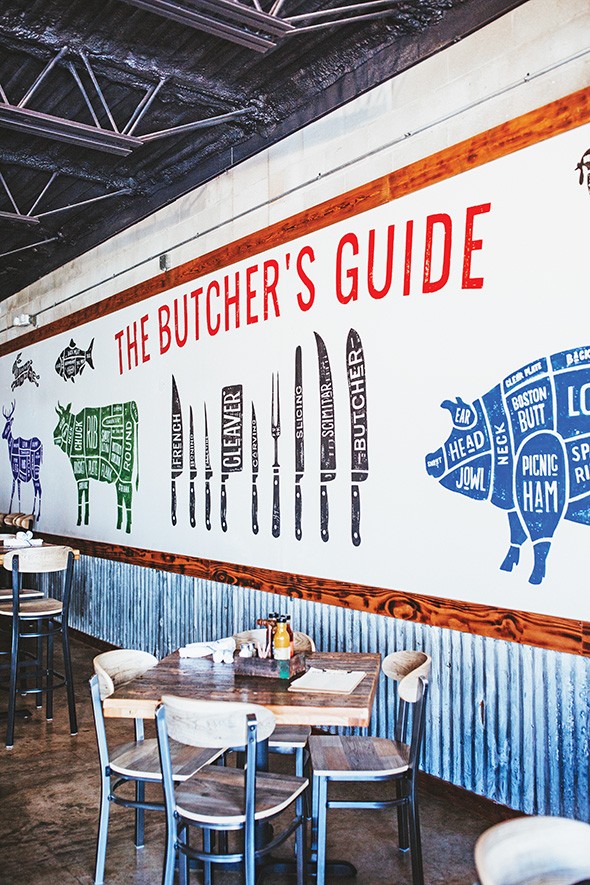 pork and chicken are familiar options, but the choices get a little more out of the box with turkey and hot-smoked salmon. It offers hot link sausage as well as housemade country sausage and a sausage of the day, with options like jalapeño cheddar, bacon blue cheese and Mediterranean sun-dried tomato.

“A lot of places around Oklahoma City use hickory, but it’s got a very strong woodsy taste to it,” Newman said. “I think pecan is a little more neutral, so you’re able to enhance with other spices.”

On the smoked salmon, Newman uses a chipotle and cinnamon rub to allow the fish to shine.

“Smoked salmon is a big hit for us,” Johnson said. “Myself and my business partner have traveled around the country a lot and never seen a barbecue place that does smoked salmon. We’ve seen fried fish but never smoked fish. I’m not a huge salmon fan, but the first time they brought it out, I couldn’t stop eating it.”

This is Newman’s first professional opportunity to work in a barbecue restaurant, while Camp has experience in the industry in Texas. She is relying on experience hosting barbecue parties at home and industry tidbits from a variety of restaurants when putting together the recipes. Her flair for unique preparation is showcased with The Smoking Boar’s turkey.

Most barbecue restaurants shy away from turkey — especially breast — because its low fat content makes it dry out quickly and not absorb much smoky flavor, but Newman has a secret: mayonnaise marinade.

“The high fat content makes it so moist and juicy on the inside,” she said.

Aligning with The Smoking Boar’s mission to make the restaurant appealing to people who want something different and a little lighter, it offers three salads, including the showstopper cold-smoked salmon salad with watermelon, arugula, pistachios, capers, goat cheese, red onion and jalapeño vinaigrette. 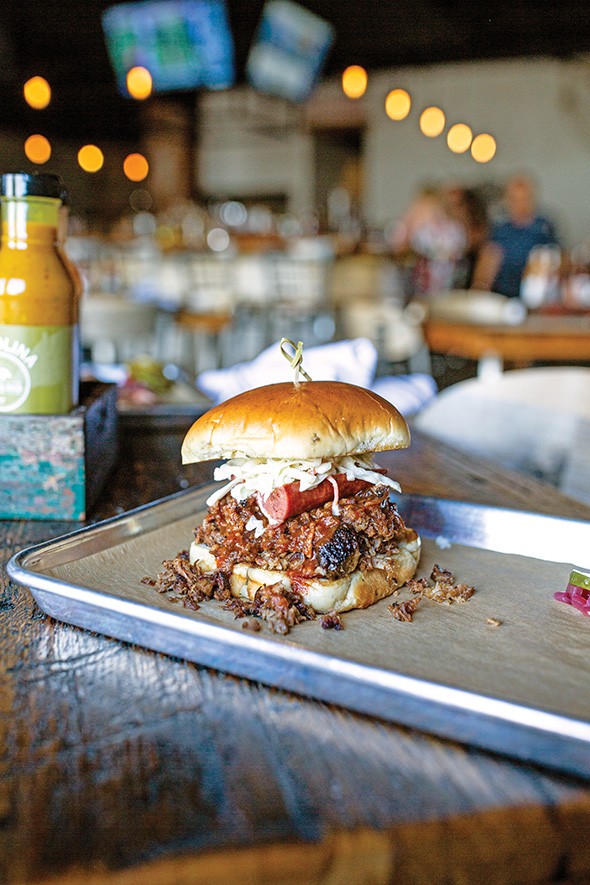 Johnson said the salad is already one of the top-selling items on the menu. Its antithesis on the menu might be The Full Boar sandwich, which combines pulled pork, chopped brisket, a hot link, barbecue sauce and coleslaw on a jalapeño bun.

Even old-school sides like baked beans, which are served ranch-style, and macaroni and cheese, which includes three cheeses and brisket — get an update from the mundane. “New-school” sides include whole fried okra with a spicy batter, burnt end Brussels sprouts, cucumber salad and smoked elote creamed corn.

“It’s all a collaboration with Jim [Camp],” Newman said. “We have forward-thinking culinary minds and want to experiment with things that maybe people haven’t seen or tried before. That’s what I liked about this, is that we were able to take old-school sides and update them and entice people in a different way. People’s taste buds change, and it’s important to evolve.” 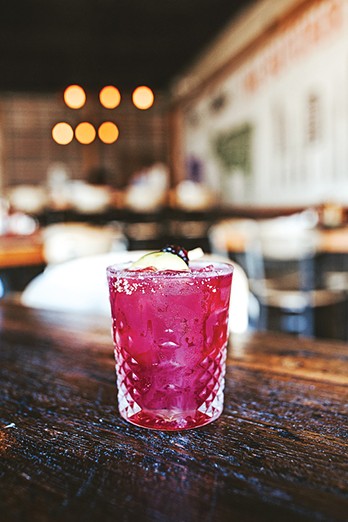 In addition to its nontraditional food menu, The Smoking Boar offers a cocktail program, a wine list and a craft beer list full of Oklahoma beers.

“We have such a great beer scene here,” Johnson said. “A lot of barbecue is Bud Light in a plastic cup, and it doesn’t have to be that.”

There are six cocktails on the menu made with as many housemade syrups and garnishes as possible. Smoking Old Boar is the restaurant’s namesake drink, featuring Elijah Craig Barrel Proof Bourbon, vanilla demerara, smoked orange and tobacco bitters.

“It’s nice and smooth,” Johnson said. “Tobacco bitters sounds weird, but it softens up the drink.”

Johnson moved to Oklahoma City to start ICM Concepts, joining his friend Hammill, who runs The Greens Country Club. He said the group will look to either expand The Smoking Boar in Oklahoma or open another concept once the original is on its feet.

“It’s been great; the feedback and reception from the community has been amazing,” Johnson said. “Friday and Saturday night have been an hour or hour and half wait, so we’ve started taking reservations for small tables, and everything else is walk in.”