Valentine’s Day spending increases, even as less people participate in traditional forms of the holiday.

by Jacob Threadgill and Jeremy Martin 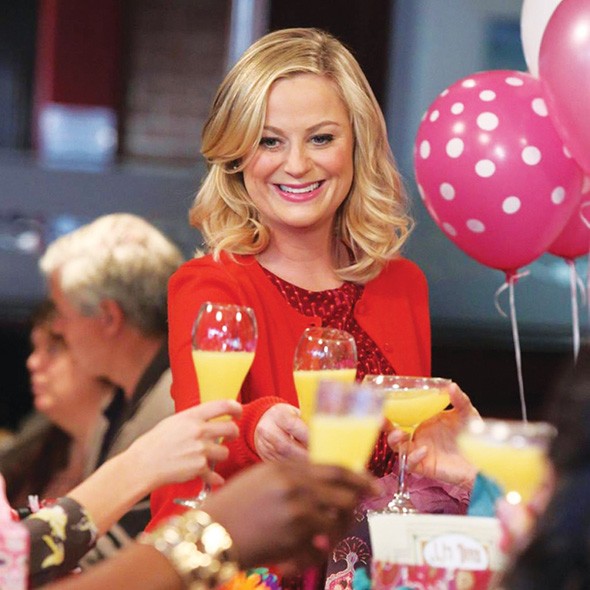 Valentine’s Day spending in the United States is projected to grow this year even as fewer people are celebrating the holiday, as the market is fueled by those in the 35-44 age group and people ages 25-34, according to National Retail Federation.

Research from NRF finds that the average person spends $161.96 — men in the survey spend an average of nearly $230 while women spend almost $98, which the NRF projects to total $20.7 billion in total spending, a 6 percent increase from 2018.

“The vast majority of Valentine’s Day dollars are still spent on significant others, but there’s a big increase this year in consumers spreading the love to children, parents, friends and coworkers,” NRF president and CEO Matthew Shay said in a press release.

As spending increases, the number of people participating in the holiday is on the decline. Only 51 percent of the those responding to NRF’s survey said they plan to celebrate the holiday, which is down from 63 percent pre-recession in 2007.

The largest growth industry in Valentine’s spending is gifts for pets. Although birthrates among the millennial generation are at an all-time low with wage stagnation and climate change hovering our heads like the sword of Damocles, millennials have a lot of fur babies and like to shower them with love and affection. Millennials represent a third of the country’s dog and cat owners, the largest pet ownership of any generation.

Spending on pets is projected to top $886 million this year, up from $751 million last year and an increase from $519 million when the NRF first included pet gifts in 2008.

The types of spending aren’t the only thing about Valentine’s Day that is changing. A 2018 study in England of Generation Z (ages 17-25) found that only 66 percent identify as exclusively heterosexual, the lowest generational gap, compared to 88 percent of Baby Boomers. Millennials and people from Generation Z are also less likely to think of relationships in a traditional binary setting. 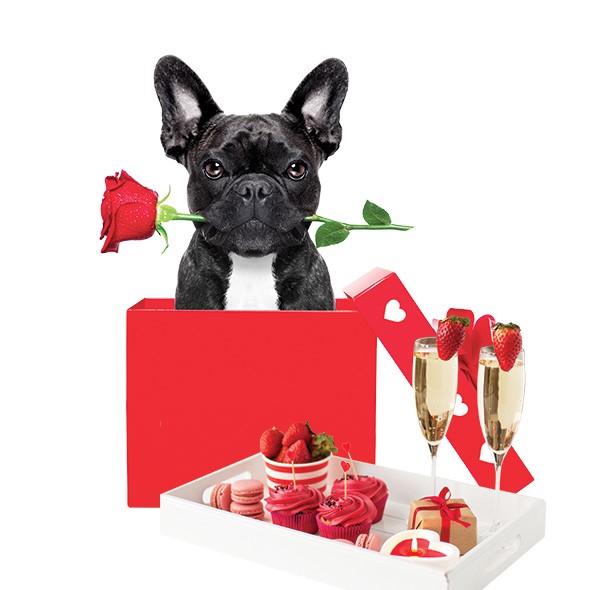 Such is the case for cover models Ginnie Douthitt and Fern Salazar-Casanova, who have been part of a gender and partner-fluid relationship.

Casey Longacre and Dennis Rudasill haven’t been dating long enough to have spent a Valentine’s Day together, but Longacre said they don’t have anything in particular planned for Feb. 14.

“We’ve only been dating for about eight months, so we haven’t had a Valentine’s Day yet,” he said. “It’s just to me like any other day. … I’ve never really been in a relationship around Valentine’s Day. I’m a chill person, so if I’ve ever been dating anyone, it’s been, like, just treat anyone you’re with special every day.”

Longacre, who performs in drag shows as Tape, said the day in the 21st century seems more like a cash-grab than a meaningful holiday, and since LGBTQ+ relationships have been historically excluded from mainstream celebrations of romantic love, he doesn’t feel any real connection to the traditions.

“I honestly just think it’s kind of a commercial day, as much money as people put into buying Valentine’s Day apparel and merch and how much of it you see in the stores,” Longacre said. “A lot of the people I see actually celebrating Valentine’s Day are my straight friends, straight couples. I just think LGBT people really haven’t had that long to experience it. … We didn’t have the chance to, so we’ve just made every day kind of like that.”

In the last decade, Valentine’s Day has been joined by a pair of bookended holidays: Singles Awareness Day (SAD) and Galentine’s Day. SAD is typically recognized on Feb. 15, the day after Valentine’s Day, but Groovy’s in Oklahoma City, 505 Mosteller Drive, is hosting a SAD dance party Thursday and will hand out colored wristbands: green for single, yellow for undecided and pink for taken.

Galentine’s Day was invented on the second season of Parks and Recreation in 2010. Lead character Lesley Knope (Amy Poheler) throws an annual celebration on Feb. 13 for her female friends to drink wine, eat sweets and spend quality time together. In the episode, Knope describes the day as “like Lilith Fair, minus the angst.” The celebratory event has taken on a life of its own, even four years after the end of the television show.

YWCA Oklahoma City hosts its second annual Galentine’s Day 10 a.m.-11:30 a.m. Saturday in the ballroom at Skirvin Hilton Oklahoma City, 1 Park Ave. The event includes brunch with mimosas and will have raffle items like a pair of diamond earrings from Diamonds Direct, a goodie basket from The Pioneer Woman Mercantile and a weekend trip to Tulsa. Individual tickets are $35, and a table seating 12 is $420. Tickets can be purchased at ywcaokc.org.

“My favorite part was how the whole room felt like community,” said Lynn Martin, who attended the event in 2018. “Even though we sat down at the table as strangers, by the end of the event, we were chatting and just enjoying each other’s company like old friends.”

There has yet to be an official “male” version of Galentine’s Day, which has drawn the ire of so-called Men’s Rights Activists, but the irony of situation is that Galentine’s Day was invented by Parks and Recreation co-creator Michael Schur, who said the episode was created to show Knope cared about “her many girlfriends, as she did about her romantic partnerships,” Schur posted on Poehler’s website Smart Girls.

“She took them out to brunch, gave them personalized presents, celebrated their successes, and generally made a fuss about how wonderful they are,” he wrote.

Long live love — of all kinds!