Shortly after opening a high-profile branch in Midtown, Farmers Bank of Carnegie found itself entangled in various regulatory and legal problems that continue to advance. 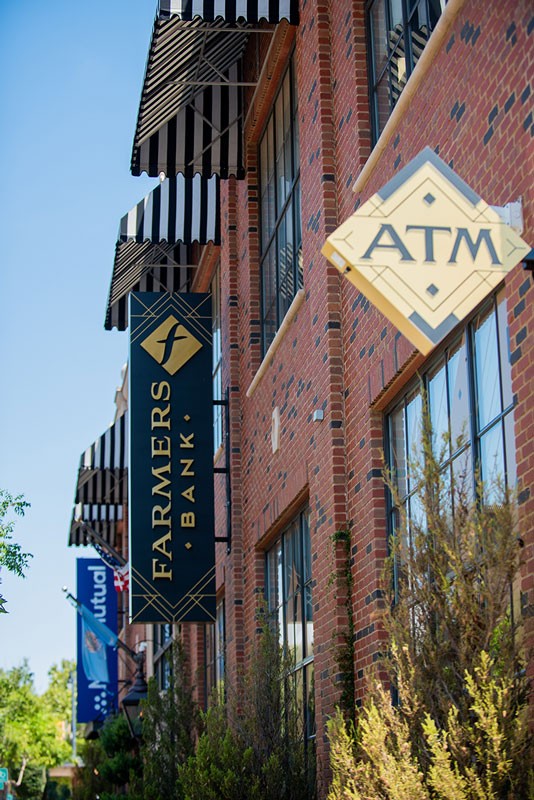 A new lawsuit has been filed by three bank shareholders claiming they were fraudulently induced into investing by former CEO Aaron Johnson, who had been elevated to that post in 2016 at age 34.

After being the focus of expansive bank marketing efforts, Johnson was abruptly replaced as president in February, but prior to his departure, the suit claims he facilitated a stock sale while withholding key information from investors R.D. Smith, Greg Smith and Derrick Ott, all of Oklahoma City.

The three plaintiffs purchased a combined 1,089 shares between 12/22/17 and 11/5/18, largely from Larry Johnson, Aaron’s father who was then chairman of the bank holding company.

The lawsuit claims Aaron failed to disclose the bank had been operating “in an unsafe and unsound manner” and that regulators had been critical of the Johnsons’ actions and had taken supervisory actions that were not adequately followed.

OKCTalk learned from sources that starting in 2012, the institution had been operating under administrative orders from the FDIC that outlined numerous issues with demands for corrective action. The orders were the result of regular examinations.

As OKCTalk previously reported, the bank is currently subject to a lengthy consent order made public by the FDIC earlier this year. Similar to bank examination documents, administrative orders are not routinely made public.

The suit also claims all bank stock had been previously pledged in a loan to First State Bank, Anadarko, another material fact that was not disclosed to the plaintiffs.

The Smiths and Ott assert that had they been aware of this information, they would have not bought stock in the bank and are, therefore, seeking millions in damages from the bank holding company, Aaron and Larry Johnson and former bank chief financial officer (CFO) Tracy Robison, who sold her stock holdings to R.D. Smith.

In a separate legal filing, the Smiths are demanding payment of over $1.5 million they claim is owed to them by the Johnsons and the bank based on promissory notes issued in July 2018. On Aug. 16, a summary judgment for the full amount owed by the bank was ordered by the judge in the case.

As a part of an ongoing lawsuit, Farmers Bank recently increased the amount it says is owed by Aaron Johnson for personal charges he made on an American Express card and had the bank pay on his behalf.

The claim was recently revised to add $35,504.30 for the cost of the audit that revealed the personal charges, a $5,000 cash-out ticket drawn from the bank and $48,604.60 in audiovisual equipment for Johnson’s home that had been charged to Farmers.

In addition to claims of breach of fiduciary duty of care, breach of duty to act in good faith and conversion of bank funds for personal use, the total amount the bank is now seeking from Johnson is $137,057.03.

"As a part of an ongoing lawsuit,
Farmers Bank recently increased
the amount it says is owed by
Aaron Johnson for personal charges." tweet this

In June of 2018, Melvin Lee Robison, D.O. was indicted by a federal grand jury on charges related to what the government alleges as an opioid “pill mill” in Sayre, Oklahoma.

The charges claim that Dr. Robison owned a medical practice that employed Moheb Hallaba, M.D. and that in a period between September 2015 and April 2017, the two physicians signed hundreds of prescriptions per week without reviewing patient files or seeing patients.

Robison and Hallaba were charged with 54 counts of distributing controlled substances outside the usual course of professional medical practice and without legitimate medical purpose. Robison is also charged with 51 counts for fraudulent Medicare billing.

According to the indictment, the criminal distribution of these drugs resulted in five patient deaths. If convicted of all charges, Robison would face a sentence of not less than 20 years and up to life.

On October 31, 2018 — just four months after the indictments and following over $128,000 in overdrafts — Farmers loaned Dr. Robison and his wife over $615,000; Aaron Johnson signed the documents on behalf of the bank.

In addition, Farmers had loaned Robison nearly $1.2 million in June 2017 even though a year earlier, Oklahoma State Board of Osteopathic Examiners had officially restricted Robison’s license to practice medicine so he could no longer write prescriptions for controlled drugs.

On July 9 of this year, the bank filed a claim against the Robisons for nonpayment of the October 2018 notes.

Melvin Robison is the brother of Tracy Robison, who at the time of the loans was the CFO for Farmers, hired into that role by Aaron Johnson. Tracy Robison left the bank not long after Johnson was replaced as chief executive.

In February, the same month the board of the bank’s holding company signed a 25-page consent order outlining mandated changes by the FDIC, Farmers brought in David Braly as the new bank president.

In an interview with The Oklahoman, Braly stated that although the Johnsons owned controlling interest in the stock, “they have no influence over the bank whatsoever.”

Braly went on to say the bank has brought on experienced and independent directors and that the previous management had kept the board in the dark about many issues.

Addressing the issues outlined in the consent order is ongoing, Braly said.

A call placed to Farmers Bank in Midtown confirmed only six months after being hired, Braly is no longer with the bank.