Myriad Botanical Gardens celebrates Woodstock’s 50-year legacy of peace and love with a free concert and other events. 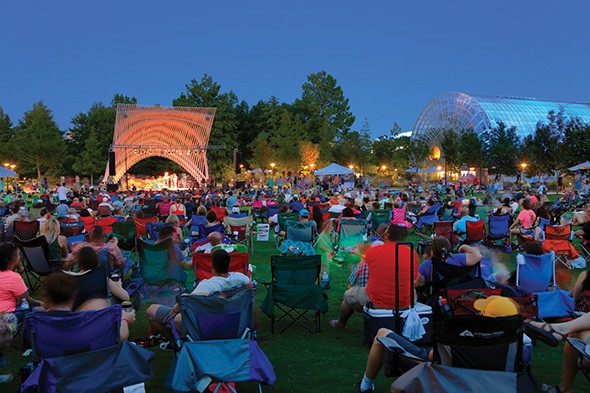 In August 1969, New York hosted an event called Woodstock, promising three days of peace and love; Oklahoma City, meanwhile, did not. Fifty years later, the opposite might be true. While Woodstock 50 — which boasted a lineup featuring Jay-Z, Miley Cyrus, Santana and others — was recently canceled, downtown OKC hosts a three-day celebration of the original festival’s anniversary featuring a bike ride, a screening of the 1970 Woodstock documentary (caution: hella drug-use and nudity) and a live concert featuring local musicians.

Christian Pearson, the concert’s creative director, said Woodstock is more about the music and the spirit of the late ’60s and early ’70s than the location.

“You can think of music as being tied to a locale,” Pearson said, “but you can also think of it as being tied to a certain time period, and culturally, there’s a lot happening around 1970 that was really important to the country. And it wasn’t just about music. In fact, the music reflected the values of the time. I think the reason this 50-year celebration is important is because there are a lot of similarities in the national culture … so even though the festival happened far away from the city, it’s really incredible how music, when it’s purposeful, it doesn’t matter where you are.”

All events are scheduled to take place at Myriad Botanical Gardens, 301 W. Reno Ave. The celebration begins 8 p.m. Aug. 15 with a Full Moon Bike Ride and Run starting at the band shell stage on Devon Lawn and proceeding through downtown. Sixties-inspired attire is encouraged. The documentary screening starts 9 p.m. Aug. 16 on the Devon Lawn, but the celebration will begin at 7:30 p.m. with a costume contest and era-appropriate music provided by DJ Brian Smith from muttradio.com.

Leslie Spears, director of public relations and marketing for Myriad Botanical Gardens, said the festival’s anniversary is a perfect time to remind people of its impact on American culture.

“We know the significance of Woodstock,” Spears said. “It was the concert festival of festivals, and the music was so fantastic. Myriad Gardens just wanted to try and recapture some of the moments from that concert 50 years ago.”

The live concert is 7-10 p.m. Aug. 17, but festivities begin at 6 p.m. Pearson said he has assembled a “local superstar lineup” of musicians inspired by acts from the ’60s and ’70s.

“You can hear how even local artists here are influenced by a lot of the music that came out during that time, and that’s why we have a cast of all local artists — to show that we are, in fact, tied to that legacy,” Pearson said. “We ended up with a very diverse mix of artists who are going to perform this music extremely well.”

“The only thing that might be a bit more challenging than a normal concert is that we’re not taking an existing band that plays together regularly and inviting them to play their set,” Pearson said. “We’re actually building a custom set just for the show, which makes it cool. … One thing that I’m really excited about as the director is there are a lot of musicians, particularly in the house band, that are in the jazz and blues scene and they’ve played together in many situations. … They already have that camaraderie and familiarity with each other, but I’m also intentionally sort of stretching some of these musicians to play with musicians that they haven’t played with before. And I like that because nobody’s going to be too out there, kind of feeling like they don’t belong, yet at the same time, I think this event is actually going to connect several great artists within the scene that maybe have never played before together.”

“I’m expecting a very energetic show,” Kalo said. “Since we don’t know each other very much, there will be a lot of unexpected music, which is always great. The saying in America is, ‘You get lemons, you make lemonade,’ right? So we’re going to try to do that if things are going to go off. I’m not planning on that, but I’ll tell you this very simply: If the stage is not wild, it’s not good.”

Pearson said he specifically wanted Kalo, who typically fronts her eponymous band as a vocalist and lead guitarist, to bring some of Jimi Hendrix’s electric energy to the show, but he does not expect a note-for-note impression. 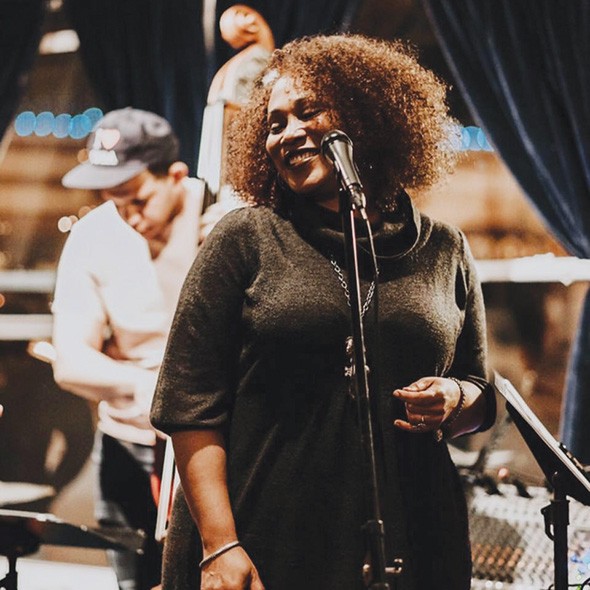 “There will never be another Jimi Hendrix, so it’s not so much about trying to imitate Jimi Hendrix,” Pearson said. “I really want everybody to hear Kalo. She’s an incredible artist in her own right.”

Though her father’s gift of an electric guitar and Hendrix cassette tape originally motivated Kalo to play at the age of 12, she said the biggest lesson she learned from Hendrix was to be herself.

“I’m not going to try to do exactly what he does because this is not the art of his music,” Kalo said. “The art of Hendrix is you take something and make it your own. … I don’t like the torture, anyway, of trying to make something exactly the same. … I’ll do what I do.”

Graham said she finds Janis Joplin the most inspiring of the artists who originally played at Woodstock.

“When I do my own shows, I do a mix of jazz and blues, so she kind of did a similar set to what I like to do now,” Graham, who also performs as one of the headliners for Arcadia Blues Festival on Aug. 31, said. “With the time she had, she made a huge mark on things even though she didn’t have the decades behind her. She still left a legacy that, frankly, still hasn’t been challenged.”

“I think what was really cool about it is it ended up being a four-day thing that had up to 400,000 people at one point,” Graham said. “One of the most amazing things to me is there wasn’t a bunch of nonsense. … It seemed to fulfill a promise of being that weekend of peace and music, and I think you don’t really see much of that today. … I don’t know if it was the power of the weed they were smoking or the music or whatever, but everybody was able to just enjoy the situation and not be bothered by the outside mess.”

Kalo, who plans to release several new songs in the coming months, said Woodstock’s promise of peace, love and music is as relevant and appealing today as it was then.

“I don’t think the message has changed,” Kalo said. “Make love and not war and paint the world with all of the colors because it’s beautiful. You know the drill.”

The concert and film screening are free; the bike ride and run have a $5 suggested donation. Visit myriadgardens.org.