It’s a little overwhelming at first sight, but give it a moment and the video will grab you. First, a grid appears, reminiscent of the opening title sequence of The Brady Bunch. In all squares, minus the middle, appears a blue-eyed 30-year-old man with long, straight red hair and a matching mustache and beard, its length causing it to disappear at the bottom of the screen.

Playing in the center square is a scene older millennials will recognize: live gameplay of The Legend of Zelda: A Link to the Past from the Super Nintendo Entertainment System, a console from the early 1990s.

Suddenly, as if cued by an orchestral conductor, all eight bearded men sing separate parts of the game’s famous theme song a cappella. Midway through the video, one of the bearded men smiles as he lifts an unenthused black cat from the bottom of his musical square to the microphone. The cat continues to be unimpressed.

This is the world of Oklahoma City native Max Gleason, known by his YouTube moniker Smooth McGroove.

With more than 1 million subscribers, Gleason is a recognized personality in the video game community, publishing more than 90 videos of his humorous and impressive a capella takes of game music.

He also makes appearances at major gaming events including the SGC gaming convention and the Electronic Entertainment Expo, commonly known as E3.

The seeds of Smooth McGroove are rooted in a failed project from late 2012.

“I was asked to write original music for a guy’s video game project. The game fell through, but it was fun experience, a new challenge,” he said.

Gleason, a multi-instrumentalist, was teaching drum and guitar lessons while playing in bands when the notion of writing video game music was suggested. The change in focus expanded not only his idea of how music is written, but also how it is performed. 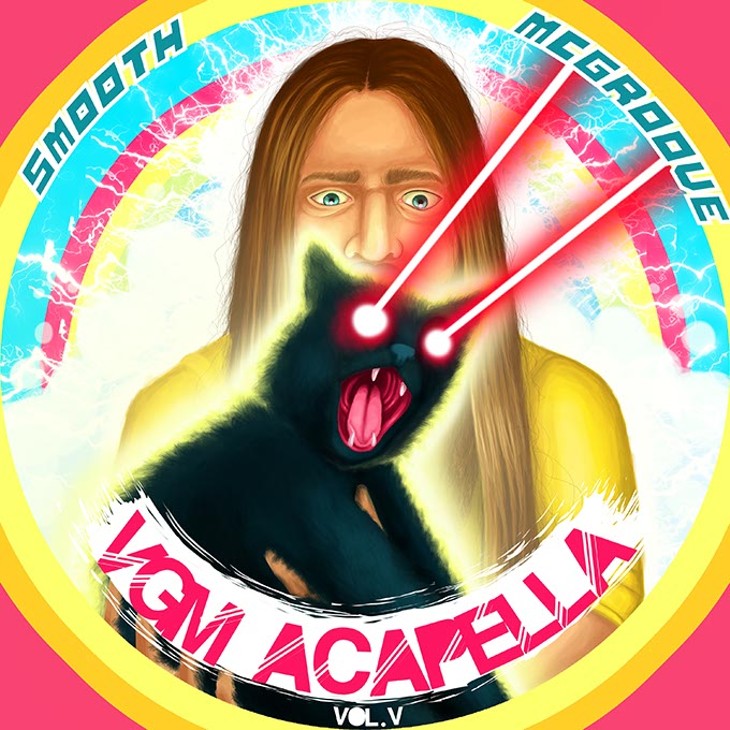 “After the video game project, I was really excited about that kind of music,” Gleason said. “I was writing and recording guitar and drum parts, but I wasn’t satisfied. I thought to myself, ‘What if I covered songs using only my voice?’ It broke my creative block.”

The result was “Zelda’s Lullaby,” from the Ocarina of Time installment in the Zelda series. The project marked Gleason’s first experiment with a capella, as he is an untrained vocalist. It also introduced his video’s signature look, a multi-box grid, each its own vocal track, combined to create Beach Boys-like harmony.

For an extra splash of humor, the “McGrooves” make odd funny faces toward the camera, independent of each other, while Gleason’s black cat, Charl, somewhat unwillingly participates.

His YouTube channel began with a modest 90 subscribers in the first two months, but with each published video featuring classic themes from games like Street Fighter II and Sonic the Hedgehog came more social media shares and website features. Ninety followers quickly rolled into hundreds, then thousands and now stands at more than 1 million and growing two years in.

Gleason, with his singing and recording techniques better refined, now takes on more complicated projects. His time and energy investment continues to rise.

He no longer teaches lessons, making a living solely on his music. He has released six albums, all available on iTunes, Loudr and Bandcamp. He also earns revenue from advertisements and Patreon, a website enabling fans to support artists through donations.

Through an avenue he could never have predicted, Smooth McGroove allows Gleason to live out his dream.

“Performing and writing music is what I’ve always wanted to do,” he said. “And this is my opportunity to do music. I’m going to continue to take it further, make videos and have fun.”

Print headline: Smooth serenade, A YouTube hit-maker lives in Yukon and has more than 1 million followers. His cat, however, is not impressed.