Mikah Young tends to work in reverse, an old soul unafraid of the path less traveled and nurtured by her father’s record collection. 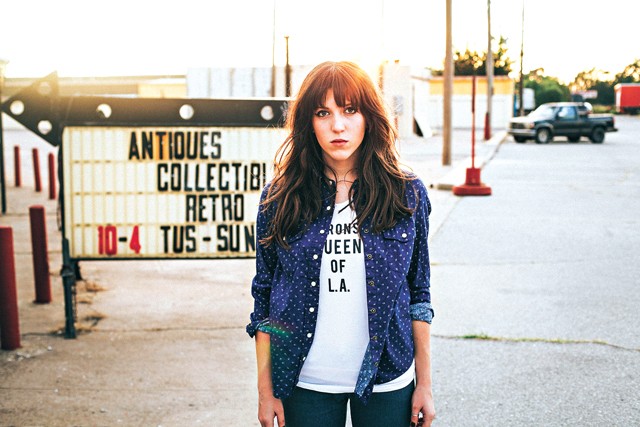 Mikah Young tends to work in reverse, an old soul unafraid of the path less traveled. Nurtured by her father’s record collection of mainstays like Fleetwood Mac, Moody Blues and Paul Simon, she started in the classics and was comfortable from the onset, not digging into contemporaries like The Killers or Tegan and Sara until just a few years back.

“I was born a 70-year-old man,” Young said of her influences. “I was kind of going backwards from what a lot of people do, and it took me a while to play catch-up with what was cool with the kids.”

But it’s her reverse pilgrimage to Oklahoma City from her native Temple, Texas — just a short hour from Austin — that is even more unusual. By Young’s estimation, though, it makes perfect sense; the Live Music Capital of the World is more saturated and set in its ways than the emerging, more collaborative scene up Interstate 35.

Young first brushed shoulders with local musician Matt Stansberry at a SXSW party, who — wowed by her raw talent —convinced her to record her debut EP in Oklahoma. She did so last November, and by January, she knew it was the place she wanted — maybe even needed — to be.

“People are willing to grow with you,” Young said. “There are so many [who are] happy to help you do what you want to do. It’s a cool time to be here.”

Young grew up a theater kid with a taste for performing in front of an audience, and somewhere between that, Rumours and some preteen angst, songwriting took hold.

She left Stephen F. Austin State University — fellow dropout Don Henley’s school, as fate would have it — to dedicate herself full-time to music. But Tennessee Is Burning, her debut EP released last March, served much of the same purpose and centered on that feeling of finding your proper place in the world.

“It’s like the first semester of college: You just want to try everything and see what feels right,” Young said of the eclectic record, which recalls everything from English indie-folk act Daughter to The Airborne Toxic Event’s orchestral indie rock. “It’s a good jumping-off point for me.”

Young is on the verge of that, too. She started working on new material in the late spring — which she is hoping to put out in about a year’s time — and is already feeling more confident and closer to her true artistic identity.

“The second [Tennessee Is Burning] was released, something snapped inside me, knowing what I want to do,” Young said. “This is a more cohesive body of work, like I was given a prompt and it was just laid out before me.”

Vulnerability, mindfulness and candidness sit at the core of these new songs, some of which you can hear Saturday at VZD’s, and Young is feeling like working backwards is putting her in just the right place.

“You can never be too honest,” Young said. “Even when you think you are, there are probably about eight more walls to be broken down.”

Headline: Young and restless, Singer-songwriter Mikah Young is resolute in her artistic endeavors.