Mustang Brewing Company has entered into an agreement with Krebs Brewing Company, the maker of Choc beers, to bring all of Mustang’s brewing operations to Oklahoma. 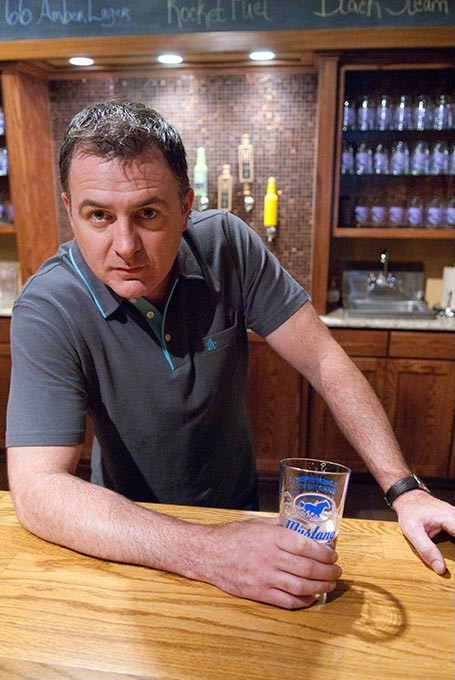 Mustang Brewing Company has entered into an agreement with Krebs Brewing Company, the maker of Choc beers, to bring all of Mustang’s brewing operations to Oklahoma.

Mustang purchased OKCity Brewing Cooperative in 2013 for the purpose of relocating all brewing operations to that location. However, the facility was completely destroyed by the tornado that hit the metro in May 2013.

In 2014, he opened a new office and facility at 520 N. Meridian Ave. Right now, Mustang’s kegs and bombers are produced at the Meridian facility, so the new agreement with Krebs will move the brewing and bottling process for all other beer products to the tiny town of Krebs in Pittsburg County.

“Zach Prichard [president of Krebs Brewing Company] and I have discussed moving the operation to Krebs a few times over the years, but the production was never sufficient for Choc and Mustang,” Schoelen said. “Now that Krebs has expanded its operation, there is room for both.”

Schoelen said he believes the new partnership will have an immediate effect on Oklahoma’s economy in terms of production and jobs, but it will also mean his products will get to the stores and bars faster. “This was the plan all along,” Schoelen said. “The tornado just set us back a bit.”

To celebrate the new partnership, Mustang will release four of its Unbridled Series beers in April and May, all of which will be brewed and bottled in Krebs.

“Our first releases from Krebs will be the Rocket Fuel IPA and the Strawshitaw Wheat, a strawberry wheat version of our gold medal- winning Washita Wheat,” Schoelen said. “Those will be in April. In May, we’ll release our Farmhouse and the Tractor Therapy [Session] IPA.”

All Mustang beers, even those made at the Krebs facility, will be produced by Mustang’s brewers.

Since the tornado, all of Mustang’s 12-ounce bottles have been brewed and bottled at Stevens Point Brewery in Wisconsin. Schoelen said he worked with Point even before the devastating storm, but the new arrangement makes it possible for all of Mustang’s products to move here.

Schoelen said he sees no reason to relocate his entire operation to Oklahoma City anytime in the near future though.

Krebs has a high-capacity bottling operation, meaning that Mustang won’t need to purchase even more equipment.

Currently, Mustang doesn’t sell its brews in cans, and it doesn’t plan to, at least not now, Schoelen said.

“I like the cooperative spirit among craft brewers in this state.

It’s good for craft beer, good for beer drinkers and good for the state,” he said. “I see no reason this relationship cannot continue indefinitely.”

Print headline: Home brew, With a new agreement, Mustang Brewing Company moves all its operations back into the state, which means we’ll get its distinctive drinks faster.